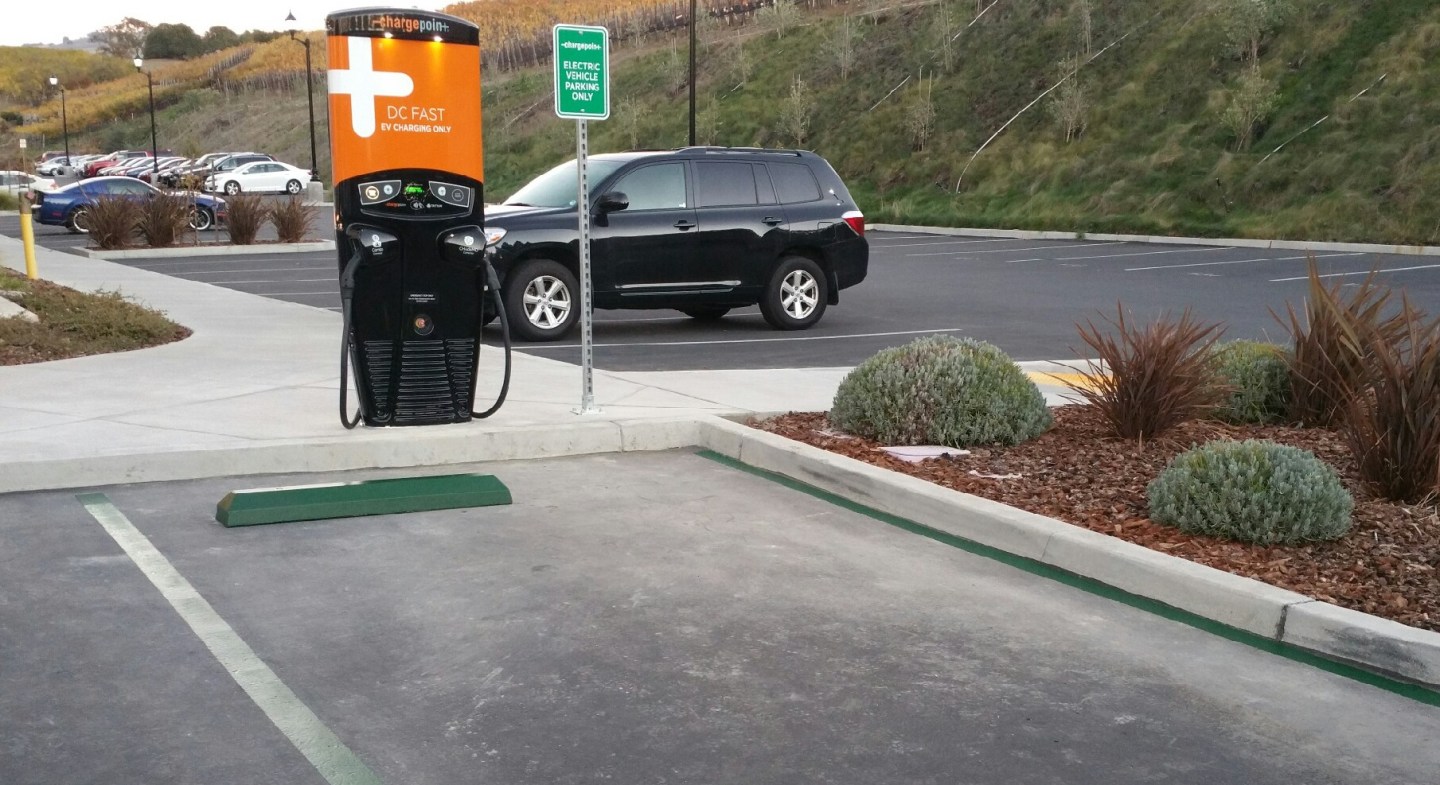 German automakers BMW and Volkswagen have partnered with California startup ChargePoint to install nearly 100 public electric vehicle fast-charging stations along two of the busiest stretches of highway in the United States.

The collaboration, dubbed the Express Charging Corridors Initiative, is aimed at meeting demand for fast-charging stations and to help encourage consumers to make the switch from gas to electric-powered cars. The effort also helps BMW and Volkswagen better compete with Tesla, the all-electric automaker that has largely dominated the space.

Tesla has built a vast network of fast-charging Superchargers along highways throughout North America, Europe, and Asia, which are available to Roadster, Model S, and Model X owners for free. Future owners of Tesla’s mass market car, the Model 3, are expected to have to pay to use the Superchargers, possibly as a package added at the time of purchase.

The location and kind of chargers that have been installed is what makes this effort noteworthy. Instead of using the standard 240-volt public charger, the companies installed DC fast chargers, which can recharge some electric vehicles in less than 30 minutes. These fast chargers, which enable longer distance travel, are critical if automakers hope to sell electric vehicles to the masses. By comparison, the Tesla Supercharger can charge 80% of a Model S equipped with a 90 kilowatt-her-hour battery pack in 40 minutes. (Of course, a Model S has substantially more range than a BMW i3, e-Golf, or any other EV, for that matter).

The DC fast chargers are located every 50 miles at restaurants, shopping centers, and rest stops along heavily populated corridors on the East and West coasts. The chargers are installed primarily along a stretch of Interstate 95 from Boston through New York City and from Philadelphia to Washington D.C.

On the West Coast, the chargers are along Interstate 5 and Highway 101 from Portland, Oregon through San Francisco and Los Angeles to San Diego.

The chargers have also been installed along routes to popular vacation destinations, including Cape Cod, the Hamptons, and Jersey Shore on the East Coast as well as Lake Tahoe and Napa and Sonoma valleys out West.

The chargers won’t be limited to just BMW i3 and VW e-Golf drivers. They’re compatible with all EVs with fast-charging capability and many locations also offer CHAdeMO connectors, for vehicles equipped with these ports, the companies said. Even Teslas can use them with a plug adapter.

Drivers are able to find the stations through the ChargePoint mobile app or website. Owners of the BMW i3 can use the BMW ConnectedDrive in the vehicle or via the app and Volkswagen e-Golf owner can use the company CarNet app to locate the stations.