What E*Trade’s Management Shakeup Says About the Stock Market 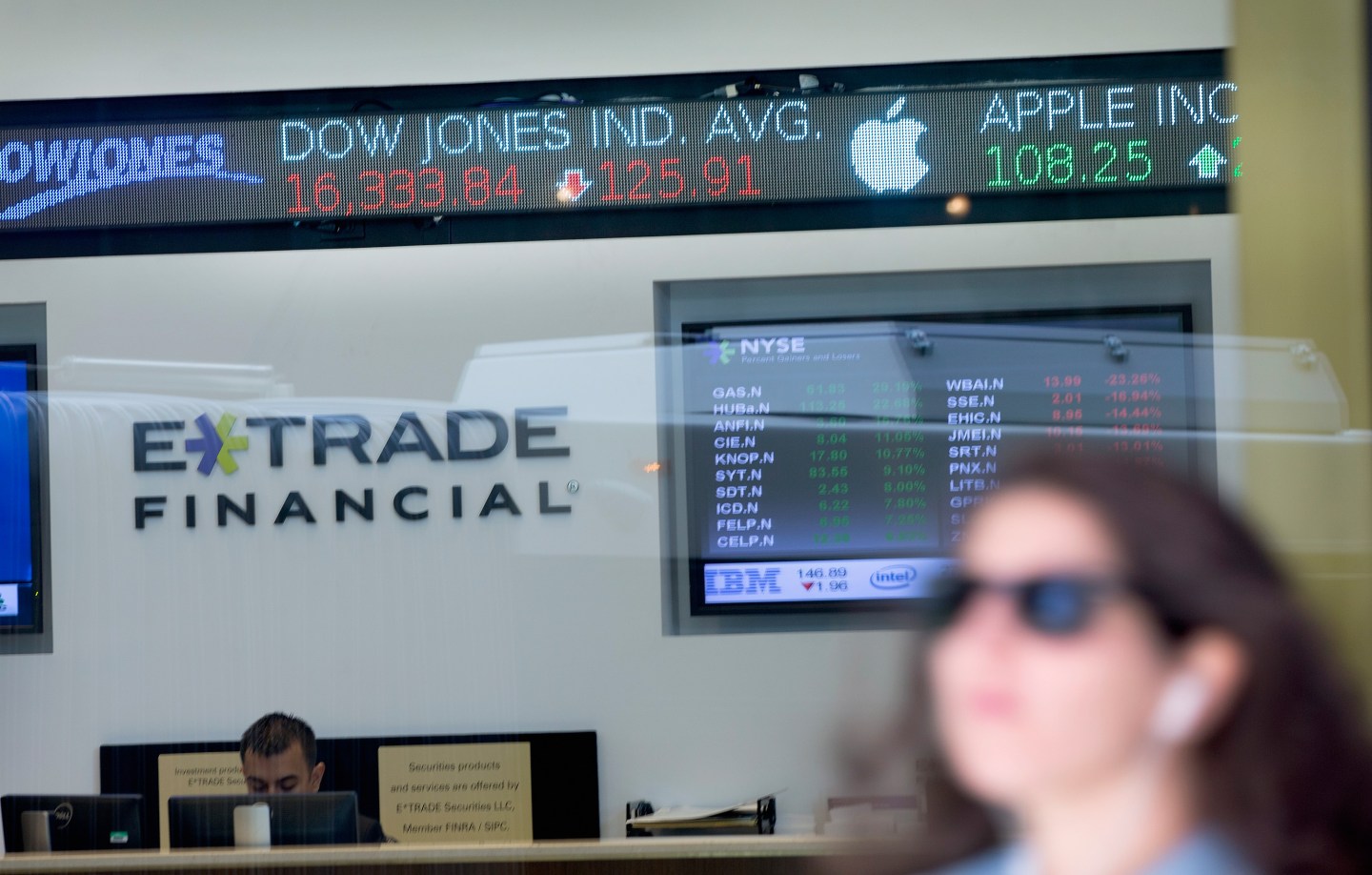 CHICAGO, IL - AUGUST 24: Stock prices are flashed across a screen in the lobby of an E-Trade branch on August 24, 2015 in Chicago, Illinois. Uncertainty among traders after big losses in the Asian markets caused a sharp selloff in stocks today in the U.S.. (Photo by Scott Olson/Getty Images)
Photograph by Scott Olson, Getty Images

Online brokerage E*Trade (ETFC) has spent the past few years digging itself out from the under bad mortgage debt it accumulated before the financial crisis. But it’s now facing a more immediate and existential crisis: Its 3.3 million customers aren’t trading as often as they used to, and asset growth has stalled. That’s the dynamic behind today’s news that the company is ousting CEO Paul Idzik after three-and-a-half years at the helm. Karl Roessner, formerly E*Trade’s general counsel, will replace Idzik effective today.

As Fortune reported this spring, Idzik, a Barclays and Booz Allen veteran, helped E*Trade finish an excruciating decade-long process of divesting itself of subprime mortgage investments and restructuring its debt. Last year, credit agencies gave E*Trade an investment-grade rating for the first time in its 20-year history. Idzik had also been beefing up E*Trade’s customer service offerings, as part of a pivot to capture more business from boomers focusing on the transition into retirement.

E*Trade’s core brokerage business, however, has been suffering, in part due to the seemingly benign fact that stock markets have been flat and relatively stable over the past several months. The company’s customers haven’t been trading as often, and their accounts haven’t been growing—undercutting E*Trade’s commission and fee revenue. In July, E*Trade reported net income of $133 million for the second quarter, on revenue of $474 million. But its “DARTs”—daily average revenue trades, a key industry metric—were at 152,000, down 8% from the previous quarter and up only 2% year over year. Total customer assets, meanwhile, sank 5.3% from the year-earlier quarter, to $286 billion. A company spokesman, Brett Goodman, told Fortune that E*Trade’s board believes that the company has “not been growing at the rate of our closest competitors” in either net assets under management or trading activity. Goodman said that Idzik was “offline for the day” and unavailable for comment.

Roessner has been E*Trade’s general counsel for seven years. The more central move in the management shuffle, however, may be the appointment of Michael Curcio as chief brokerage officer. Curcio, who has previously worked at E*Trade, was until today the CEO of Aperture New Holdings, whose acquisition E*Trade just completed. Aperture is the parent company of OptionsHouse, a trading platform that caters to the more active, commission-generating investors that brokerages tend to salivate over.