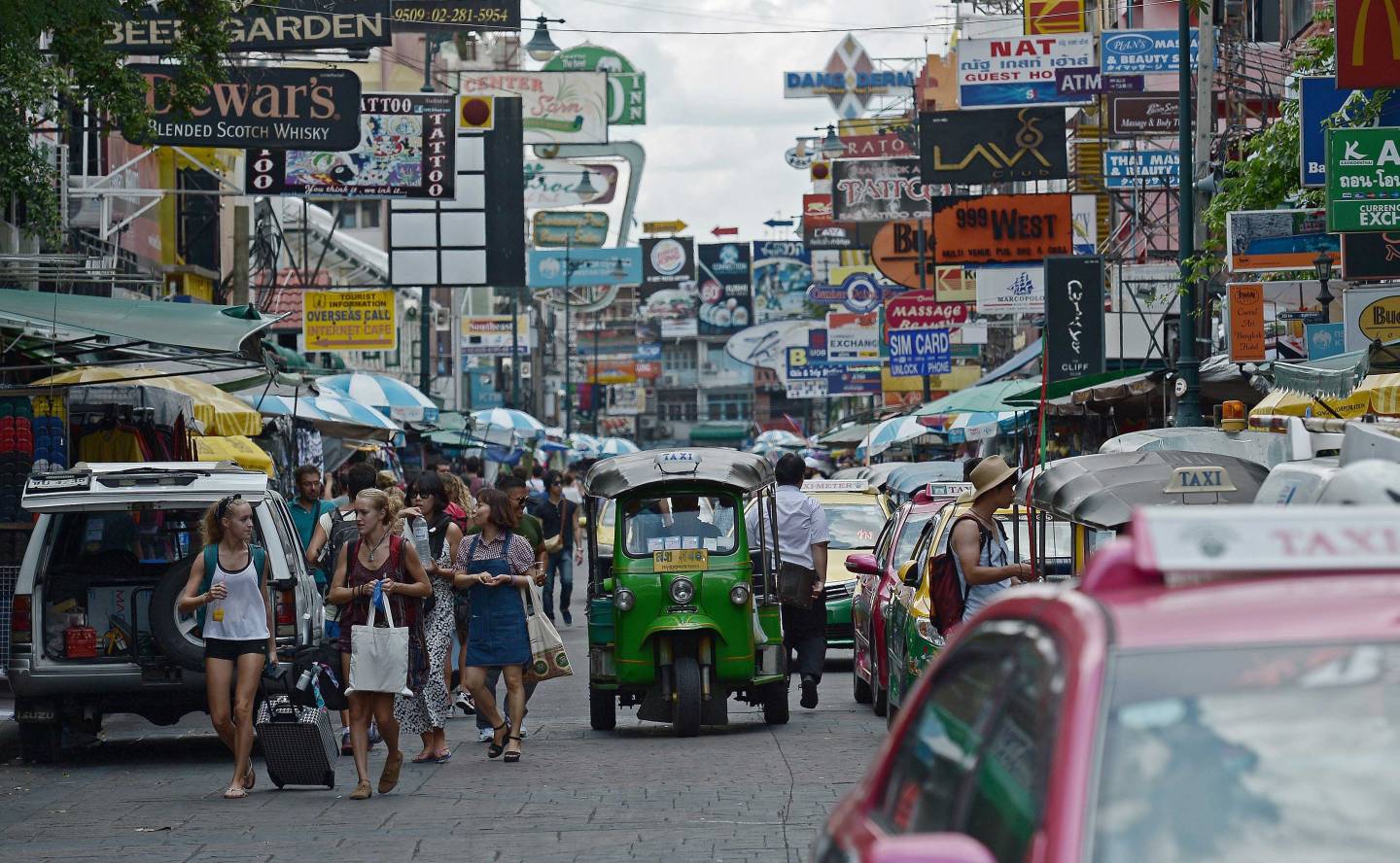 Tourists walk along Bangkok's Khao San road. Tourism has been one of Thailand's only consistent sources of economic growth.
Photograph by Christophe Archambault — AFP/Getty Images

The Philippines has launched a bloody “war on drugs” that has killed at least 2,400 people in just two months, while neighboring Indonesia has declared a “narcotics emergency” and resumed executing drug convicts after a long hiatus.

In Thailand and Myanmar, petty drug users are being sentenced to long jail terms in prisons already bursting at the seams.

The soaring popularity of methamphetamine—a cheap and highly addictive drug also known as meth—is driving countries across Asia to adopt hardline anti-narcotics policies. Experts say they are likely to only make things worse.

Geoff Monaghan has seen it all before. He investigated narco-trafficking gangs during his 30-year career as a detective with London’s Metropolitan Police, then witnessed the impact of draconian anti-drug policies as an HIV/AIDS expert in Russia.

“We have plenty of data but often we forget the history,” said Monaghan. “That’s the problem.”

He believes President Rodrigo Duterte’s anti-drugs campaign in the Philippines will fuel more violence and entrench rather than uproot trafficking networks. “I’m very fearful about the situation,” he said.

Reflecting the regional explosion in use, the amount of meth seized in East and Southeast Asia almost quadrupled from about 11 tons in 2009 to 42 tons in 2013, said the United Nations Office on Drugs and Crime (UNODC).

The only region seizing more meth was North America, where the booming trade inspired the popular television series Breaking Bad.

Meth was the “primary drug of concern” in nine Asian countries, the UNODC said, including Indonesia, the Philippines, Thailand, Japan and South Korea.

Report: The Government Is About to Open Up Research on Marijuana

A rising chorus of experts blame this surge in production and use of meth in Asia on ineffective and even counterproductive government responses.

They say national drug-control policies are skewed towards harsh measures that criminalize users but have failed to staunch the deluge of drugs or catch the kingpins behind it.

They also want a greater emphasis on reducing demand through more and better quality drug rehabilitation.

“There is so much scaremongering and hysteria surrounding the issue of drugs,” says Gloria Lai of the International Drug Policy Consortium (IDPC), a global network of 154 non-governmental groups. “That’s a disincentive for challenging old ways of thinking.”

Meth is a transnational business, worth around $15 billion in mainland Southeast Asia alone in 2013, the UNODC says.

Much of the production takes place in laboratories in lawless western Myanmar. Ingredients such as pseudoephedrine and caffeine are smuggled across porous borders from India, China and Vietnam.

Laos and Thailand are major trafficking routes, with the finished product traveling by road or along the Mekong River for distribution throughout Southeast Asia and China.

Meth is sold in cheap pills called “ya ba”, a Thai name meaning “crazy medicine”, or in a more potent, crystalline form known as “crystal meth”, “ice” or “shabu”.

“We need to start thinking about big-time regional engagement, up to the highest level. It’s impossible to deal with the problem on a country-by-country basis,” he said.

“I can’t recall the last time a major trafficking kingpin was caught.”

Small-time users and dealers bear the brunt of unsparing law enforcement that is popular in crime-weary communities. In mid-July, as drug war killings escalated in the Philippines, one survey put President Duterte’s approval rating at 91%.

Thailand launched an equally popular “war on drugs” in 2003 that killed about 2,800 people in three months. But figures show it had no lasting impact on meth supply or demand in Thailand.

“The world has lost the war on drugs, not only Thailand,” the country’s justice minister Paiboon Koomchaya told Reuters in July.

Paiboon hinted at a radical shift in policy, saying he wanted to reclassify meth to reduce sentences for possessing and dealing the drug.

For now though, Thailand continues to jail thousands of petty drug users, with about 70% of its 300,000 or so prisoners jailed on drugs offences, according to government data.

China Cracks Down on Restaurants Adding Opiates to Dishes

Meth addiction is tough to treat, ideally requiring costly and time-consuming counseling. Long-term use can cause changes in brain structure and function.

In March, U.S. President Barack Obama said drug dependency should be seen as “a public health problem and not a criminal problem”, part of a bid to roll back a “war on drugs” begun in the 1970s and now widely seen as a failure.

Policy in Asia is largely moving in the opposite direction, with drug rehabilitation underfunded and inadequate.

Less than 1% of dependent drug users in Indonesia got treatment in 2014, said the UNODC. Lacking alternatives, desperate Indonesians resort to herbal baths, Islamic prayer and other remedies of unproven efficacy.

“Rehab” in many countries often means detention at a state facility. In Thailand, thousands of users are held at army camps for four months. Relapse rates at drug detention centers range from 60-90%, says the World Health Organization.

“Often, the government response causes more harm to an individual than the drug itself,” said the IDPC’s Lai.

Why a Judge Threw the Book at Silk Road’s Founder

Evidence shows that the most effective treatment is voluntary and community-based. A 2015 study in Malaysia found that half the people at compulsory centers relapsed within 32 days of release, compared with 429 days for those who had volunteered for treatment.

In Myanmar, manual laborers claim that smoking ya ba boosts their stamina, while students say it boosts their grades.

A Yangon student who asked to be identified by the nickname “Nick” told Reuters at a grim state-run rehab clinic that he smoked ya ba to help him concentrate on his studies.

When asked how many of his fellow students also used it, Nick replied: “Almost all of them.”