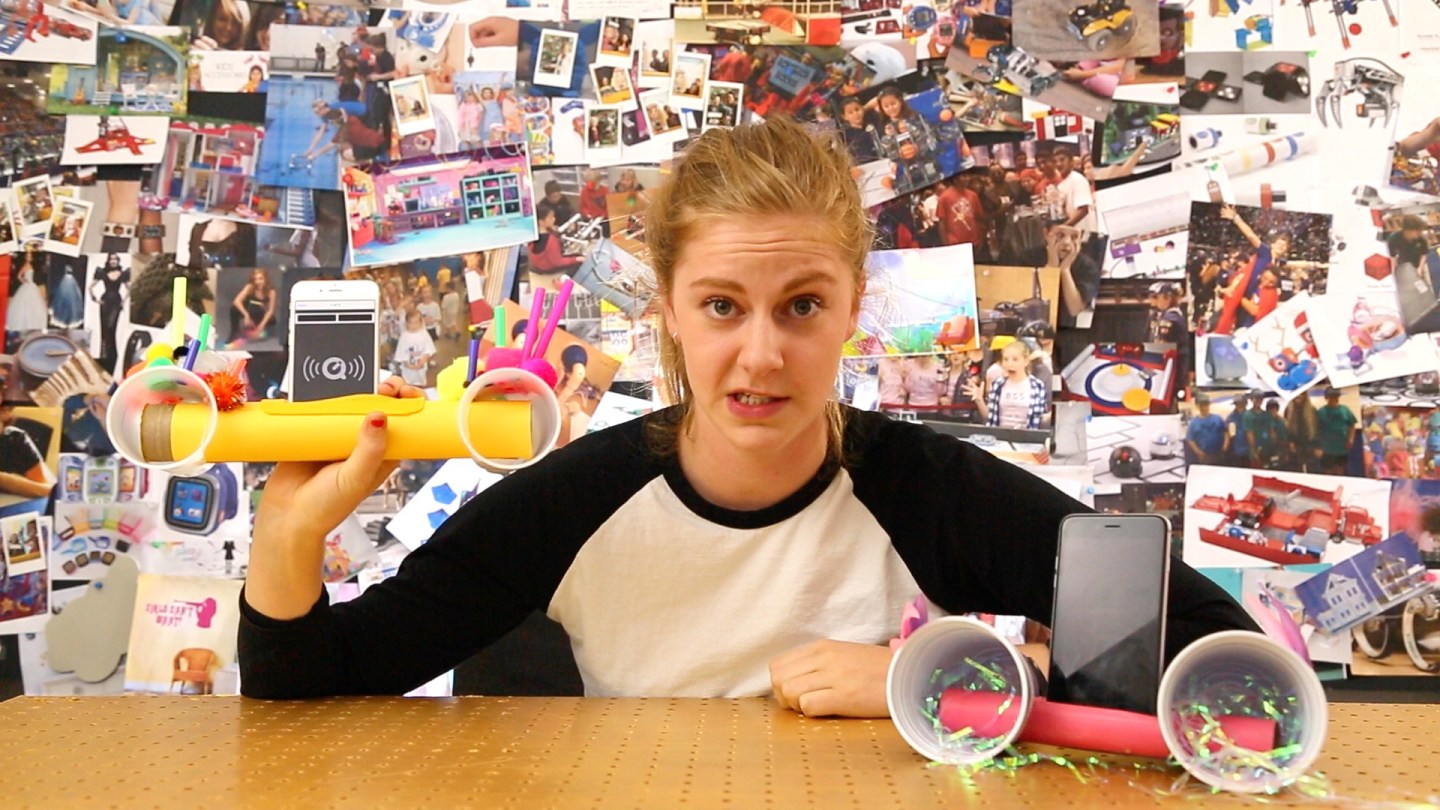 There’s a new way to play.

The show will be hosted by video blogger Simone Giertz, the self-proclaimed “queen of shitty robots.” Giertz has made a name for herself by building and then testing out—on camera—robots that, well, don’t exactly do what they’re supposed to do (think: a sandwich robot that gets peanut butter everywhere but the bread). Other creations include an alarm clock that slaps its owner awake, a lipstick applicator, and a shampooing assistant.

The show will follow a group of female engineers known as the Toy Hackers Secret Society as they assign action figures “missions” that involve solving everyday problems with new inventions. Each episode will include a step-by-step guide, hosted by Giertz, to building the creations featured on the show.

In the first two episodes, the hackers make a homemade speaker and a pulley system (how else can kids reach the candy on the top shelf?). All of the show’s inventions can be made with household items like marbles, paper towel rolls, and plastic cups.

“It’s about showing kids that they can shape the world around them,” says Giertz of the series, “and empowering them to build things and to create things.”

While both genders are welcome to watch Toy Hackers and build its inventions, there is an obvious tilt towards girls, says Giertz, because “engineering is still very, very unbalanced between the genders.”

“We teach girls to be careful and I think in many cases this is a huge hurdle,” she says. In her own case, the 25-year-old says she didn’t learn how to code until she was 22 because of a fear of failure. “Why did I think that I can’t do this? Where does that come from?”

The goal of the show, aside from encouraging girls to experiment with engineering at a younger age, is to provide them with role models, says Giertz. “There’s a big difference when someone is the same gender as you. It helps get rid of those assumptions of ‘I can’t do this.'”

Click here to watch the first episode of Toy Hackers.