Why the Zika Virus Is a Good Thing for Condom Makers 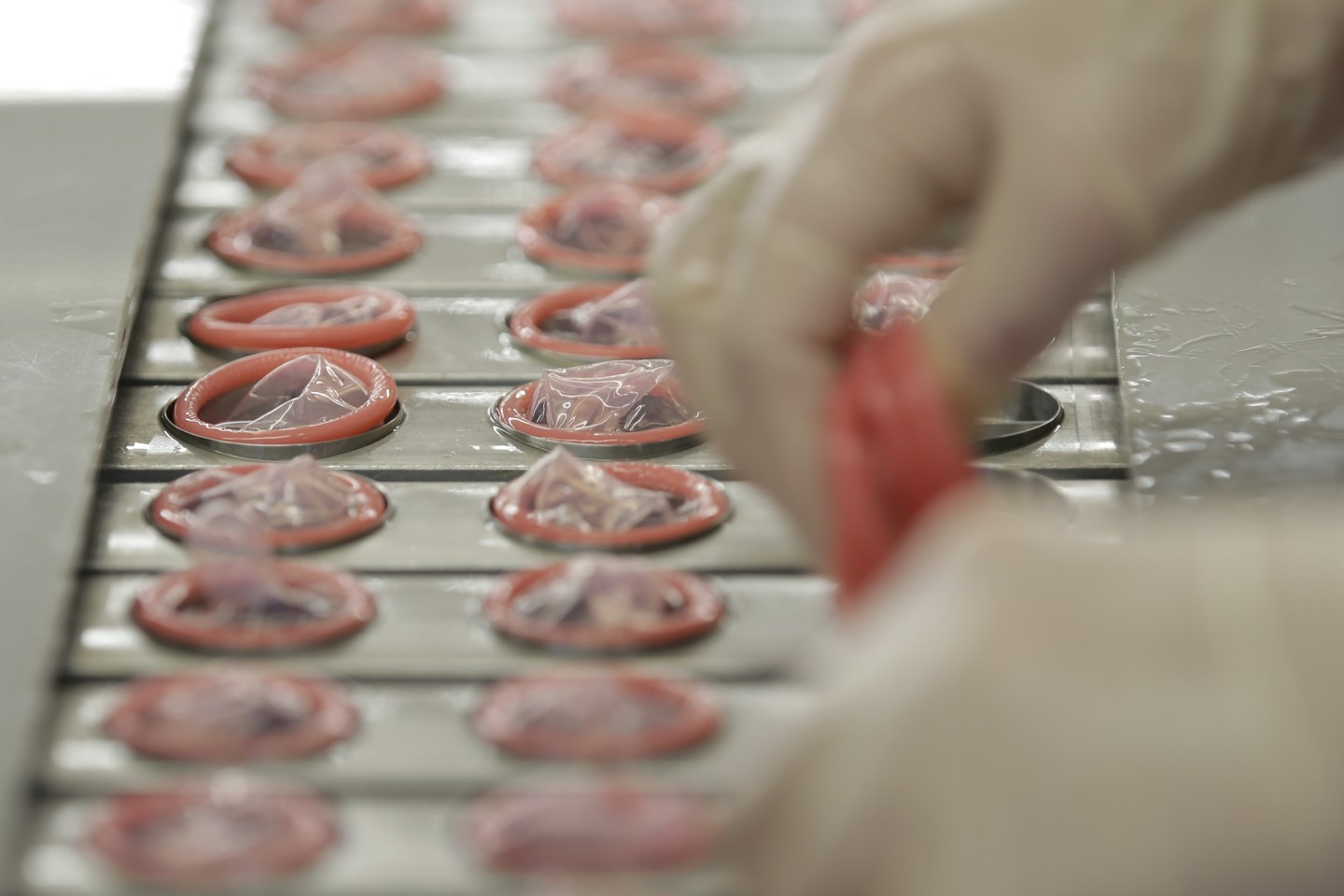 The Zika virus has caused a lot of problems, from Brazilian politicians forced to deal with worried Olympic athletes to pregnant women faced with an increased risk of birth defects if they’re infected.

But there is one group that stands to benefit from the worldwide spread of the disease, and that’s condom makers.

At the world’s biggest condom manufacturer, Malaysia’s Karex Berhad, which makes about 10% of the condoms sold on the planet, CEO Miah Kiat Goh told the Wall Street Journal that the disease will cause a jump in sales.

“The awareness that such a virus brings will further bolster long-term growth prospects of condom demand overall,” Goh said.

The company, which produces about 4 billion condoms annually, won’t see a big jump immediately, Goh said, because most of its condoms are sold to brands like LifeStyles and Durex. (USAID is also a client.) But investors think it will come in time: The company’s stock price is up almost 10% since the beginning of September.

“This is after all how the big boom in condom demand during the 1980s occurred when governments first became increasingly aware of the outbreak of HIV-AIDS,” Goh told the Journal.

The Zika outbreak originated in Brazil, but it’s since spread to other parts of the world: South America, Spain, the U.S., Thailand, the Philippines, Singapore—where a burst of more than 240 cases caused widespread panic—and Karex’s home country of Malaysia.

While much of the efforts to combat Zika have come in the form of fumigation to eradicate infected mosquitos, the U.S. Centers for Disease Control and Prevention has advocated condom use since the virus can be passed through sex. While the sexually transmitted nature of the virus has been lamented in Singapore, where it’s seen as hurting the nation’s attempt to raise its low birth rate, it does bode well for condom makers, at least according to people like Goh.

However, not everyone is convinced that condom sales will take off.

“In fact, the demand surge should be minimal I think as most people will focus their efforts on avoiding mosquito bites rather than safe sex,” Chris Eng, head of research at Kuala Lumpur’s Etiqa Insurance & Takaful, told the Journal.