The U.S. Sent Another $1.3 Billion to Iran After Hostages Were Released 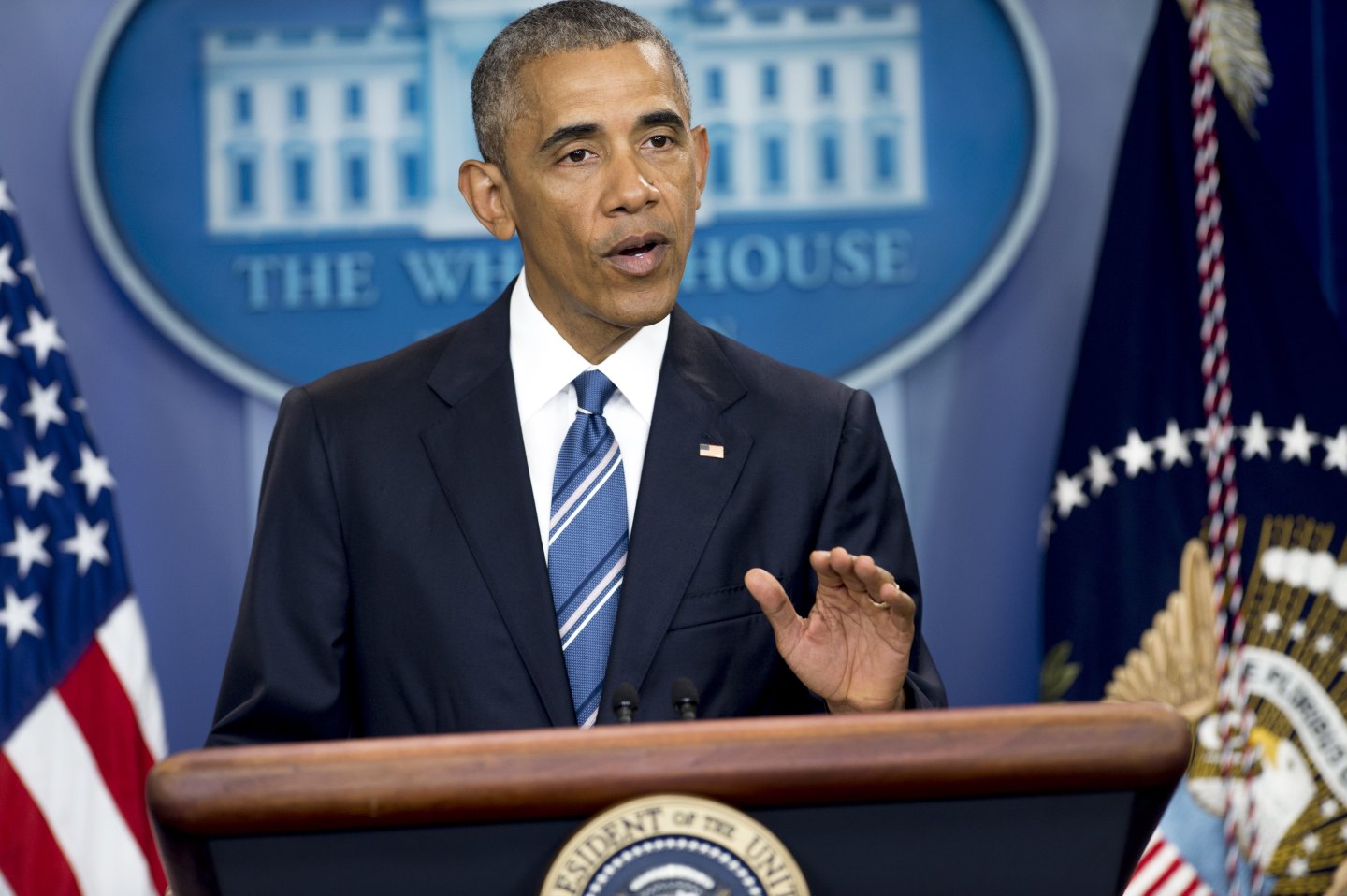 President Barack Obama speaks about the Supreme Court rulings on affirmative action and immigration in the Brady Press Briefing Room at the White House in Washington, DC, June 23, 2016. Obama on Thursday condemned the Supreme Court's ruling blocking his bid to change immigration policy as "heartbreaking" and urged Americans not to fear the millions of people who want to make their lives in the United States.
Photograph by Saul Loeb — AFP/Getty Images

The controversial $400 million payment that the U.S. sent to Iran in January, just as four American hostages were released—a planeload of Euros, Swiss Francs and other currencies—was only the first of three American cash deliveries to the country, the Obama administration reportedly told lawmakers on Tuesday.

During the 19 days following the first shipment, the U.S. sent two more planeloads of cash, totaling $1.3 billion, to Tehran, reports The Wall Street Journal. The two planeloads, which passed through Europe on Jan. 22 and Feb. 5, followed the same route as the earlier payment, a congressional aide who was briefed told the Journal. In the first payment, an Iranian cargo plane picked up the money in Geneva.

See also: The U.S. Sent $400 Million to Iran as Hostages Were Released

News of the additional payments are sure to generate controversy on Capitol Hill during a bitter election season that comes on the heels of the Obama administration’s nuclear deal with Iran. At the time of the first payment, Donald Trump and other Republicans said the payment amounted to ransom, a charge the Obama administration vehemently denied, although it later admitted that it had delayed giving Iran control of the cash until the American hostages had safely departed Tehran.

“We do not pay ransom for hostages. We’ve got a number of Americans being held around the world and I meet with their families and it’s heartbreaking,” President Obama said at the time. “But those families know that we have a policy that we don’t pay ransom.”

The Obama administration has maintained that the $400 million was the first part of $1.7 billion sum it had agreed to pay Iran to resolve a failed decades-old arms deal made with the government of the Shah of Iran, which had paid the Pentagon a $400 million deposit prior to the 1979 uprising that ousted him. The $400 million was for airplane parts, which were never delivered, the Journal reports.

According to Obama administration officials, the U.S. government worried that a tribunal set up in The Hague to resolve U.S.-Iran claims would have awarded Iran $4 billion or more, so the U.S. and Iran negotiated a deal that gave Iran the original $400 million plus $1.3 billion in interest. The two more recent payments would complete that initial $1.7 billion agreement.

See also: 5 Things You Need to Know About the $400 Million America Sent to Iran

Congressional Republicans are unconvinced by that explanation, however. On Tuesday, Sen. Marco Rubio (R-Fla.) introduced the No Ransom Payments Act, co-sponsored by 15 other Senate Republican lawmakers. The legislation would bar the U.S. from making future payments and try to reclaim the $1.7 billion already paid.

“President Obama’s disastrous nuclear deal with Iran was sweetened with an illicit ransom payment and billions of dollars for the world’s foremost state sponsor of terrorism,” Rubio said in a statement. “The U.S. government should not be in the business of negotiating with terrorists and paying ransom money in exchange for the release of American hostages. Doing so puts more Americans in danger, as President Obama himself admitted.”