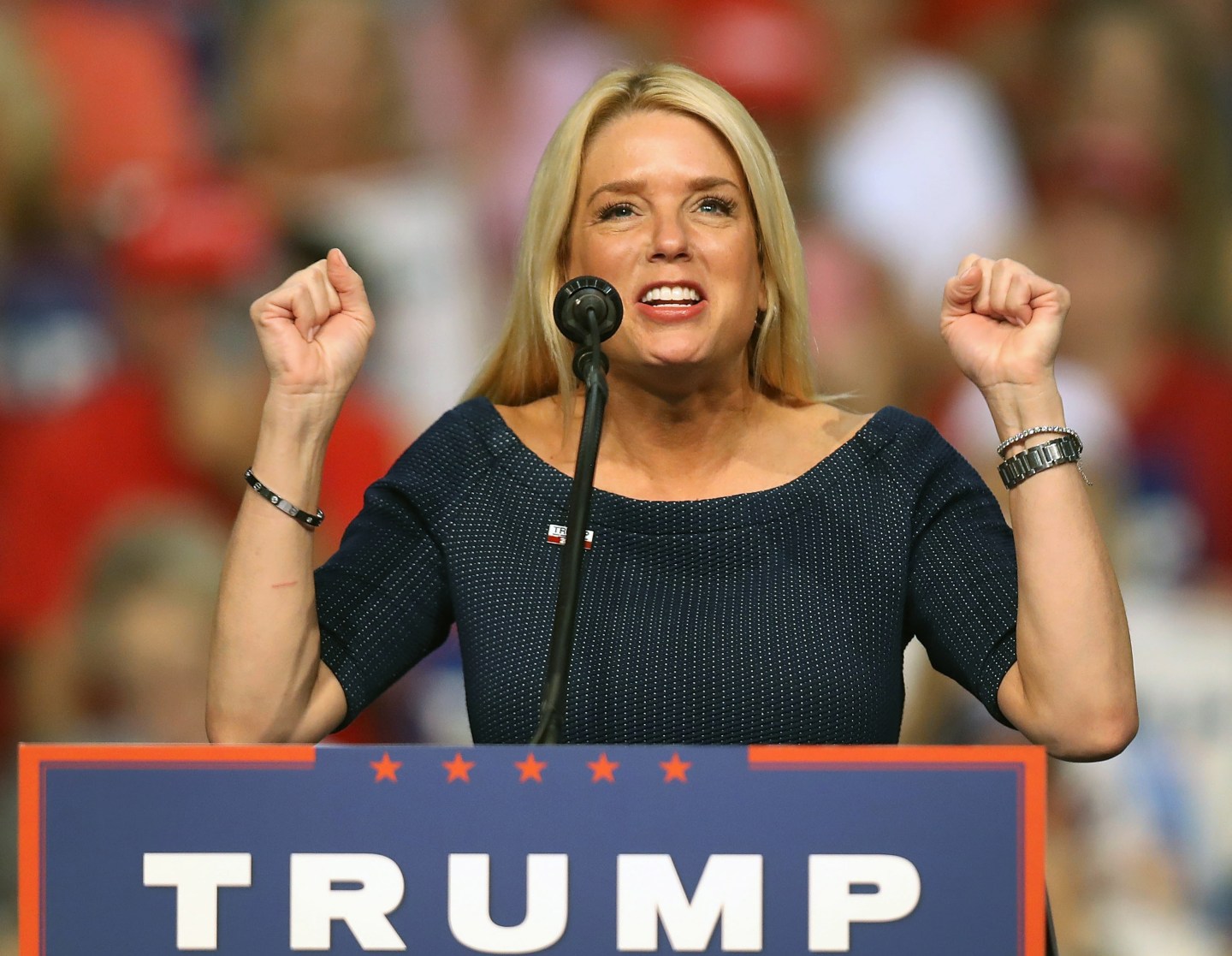 Donald Trump has made corruption one of the most important issues of this presidential election. He’s called many of his opponents spineless politicians who will abandon any principle in order to secure enough campaign contributions to get reelected.

Of course, Trump has also bragged that he has long been on the other side of this process. “When I want something [from politicians] I get it,” Trump said at a rally in January.”When I call, they kiss my ass. It’s true.”

But in recent days Donald Trump has had to defend himself against allegations that he has done exactly as he long claimed: Traded campaign contributions for favors from elected officials. A report in the Associated Press describes what allegedly transpired:

Florida’s attorney general personally solicited a political contribution from Donald Trump around the same time her office deliberated joining an investigation of alleged fraud at Trump University and its affiliates . . .

The money came from a Trump family foundation in apparent violation of rules surrounding political activities by charities. A political group backing Bondi’s re-election, called And Justice for All, reported receiving the check Sept. 17, 2013—four days after Bondi’s office publicly announced she was considering joining a New York state probe of Trump University’s activities, according to a 2013 report in the Orlando Sentinel.

A year later, according to the Huffington Post, Trump held a fundraiser for Bondi at his 126-room Palm Beach resort, Mar-a-Lago.

Both Donald Trump and Attorney General Bondi have denied that the donation and fundraising had anything to do with Bondi’s office’s decision not to pursue a case against Trump University, though Trump later had to pay $2,500 penalty to the Internal Revenue Service because the family foundation that made the donation is not allowed by law to give to political campaigns.

Beyond the implications of this budding scandal for the 2016 election, Donald Trump’s cozy relationship with Florida’s attorney general underscore a major but overlooked problem in American governance: the influence of campaign contributions on attorney general decisions. There is large body of economic papers that look at the effects of campaign contributions on legislative votes, with one recent study finding that even the threat of spending money on a candidate’s opponent can sway a legislator’s decision making.

But there has been much less academic focus on the role of campaign spending on the decision making of attorneys general, despite the fact that in the 43 states where these jobs are filled by the voting public, there is the obvious opportunity for corruption.

Free-market enthusiasts, for instance, have long complained about the cozy relationship between trial lawyers and attorneys general. It was a private trial lawyer who first proposed the idea of state’s attorneys general suing tobacco companies in order to compensate for the cost of caring, under Medicaid, for patients sick from tobacco use. State attorneys general agreed to pay trial lawyers on a contingency fee, and the suit eventually led to the landmark Tobacco Master Settlement Agreement, which led to tobacco companies to cease many marketing activities and pay state governments an annual sum in perpetuity.

Groups like the Manhattan Institute and the Competitive Enterprise Institute argue that this practice of Attorneys General paying contingency fees to trial lawyers who help the state with cases creates a corrupt relationship between the private and public sectors. A New York Times report from 2014 found that plaintiffs lawyers donated close to $10 million to states attorneys general in the previous 10 years, and in places like Mississippi, those lawyers were sometimes awarded with contracts that paid handsomely on a contingency basis.

Critics on the left have also alleged that campaign contributions to attorneys general have helped convince some attorneys general to back efforts to curb federal regulations, while another New York Times report found evidence that one attorney general decided not to pursue a deceptive advertising case against an energy drink company after being aggressively lobbied.

The influence of campaign contributions and lobbying can be amplified by the fact that voter turnout for attorney general elections can be so low. In 2014, 72% of the elected attorneys general were on the ballot in states across the country, during a midterm election when voter turnout was at its lowest since 1942. During low-turnout elections, campaign spending is even more important because voters tend to know less about the candidates in these elections, and costly voter turnout and advertising efforts are therefore all the more necessary.

In recent years, many states have passed laws that limit the ability of attorneys general to pay outside counsel on a contingency basis, but more reform is likely needed. Whether or not there was any wrongdoing, the example of Donald Trump giving costly help to an attorney general who can single handedly (unlike a legislator) make decisions that save him millions of dollars underscores how important campaign finance oversight is, no matter what the office is.