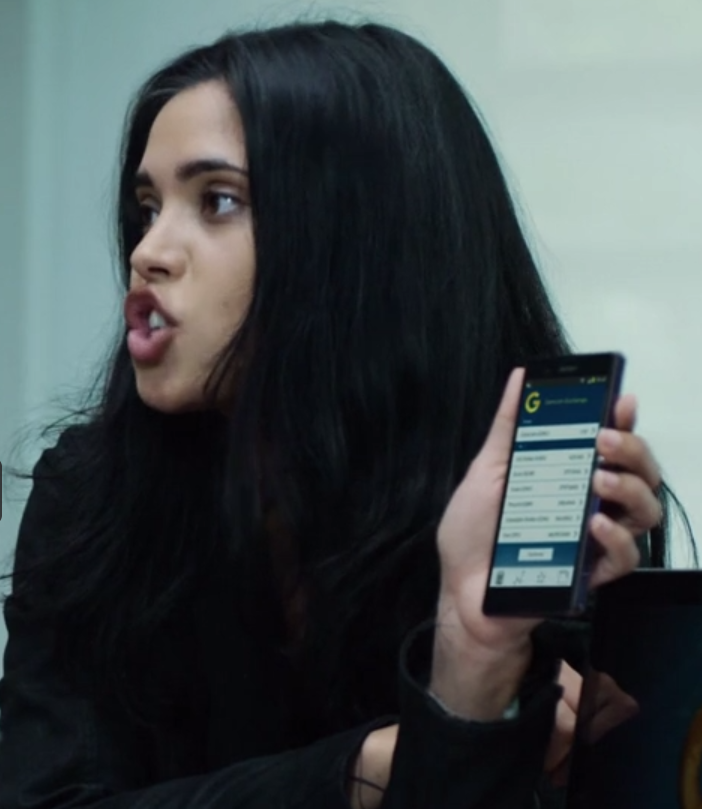 It was only a matter of time until someone made a TV show featuring bitcoin. Well, that show is here in the form of a 10-episode series called Startup, and, frankly, it does a good job of depicting the weird world of crypto-currency.

The show is set in Miami and (surprise!) involves drug dealers and an FBI agent as well as a brilliant young Stanford drop-out, Izzy Morales, who tries to convince people how digital money will change the world.

The young coder is actually flogging something called “Gen-Coin,” which she claims is better than the original bitcoin, but is based on the same idea of a decentralized digital currency beyond the reach of banks and governments. In Izzy’s eyes, while money can corrupt people, the bigger issue is that “people corrupt money.”

Check out this clip from the first episode, which depicts Izzy doing a pitch for her idea to a group of bankers, who are not exactly quick to figure it out. (“Is it like PayPal?” one asks.)

This scene and other ones do a good job in portraying the philosophical case for digital money, as well as some of the technology involved. (Izzy’s ex-boyfriend, for instance, is unhappy about the giant electricity bills she runs up.)

Startup gets it tech cred in part because the producers retained a fin-tech consultant, Brian Stoeckert, who provided advice about the world of bitcoin as well as issues like money laundering and off-shore accounts. In an interview, Stoeckert said the writers and cast were brand new to bitcoin but soon came to understand it.

As for the show overall, I only watched the first episode but would give it a 7/10. The tech scenes are probably the best part, which is why it’s a shame so much of the episode is consumed by drug cliches and superfluous sex scenes. It feels like being at a party where people keep taking their clothes off, though you wish you wouldn’t. (You can read full reviews of Startup at the New York Times and Variety).

The show is unlikely be the definitive on-screen account of bitcoin. (For that we’re going to have to wait for a studio to take on the saga of Dread Pirate Roberts and the Silk Road.) But it’s worth a watch for anyone into tech and digital money.