Why Audi Is Launching an Electric Car Race Team 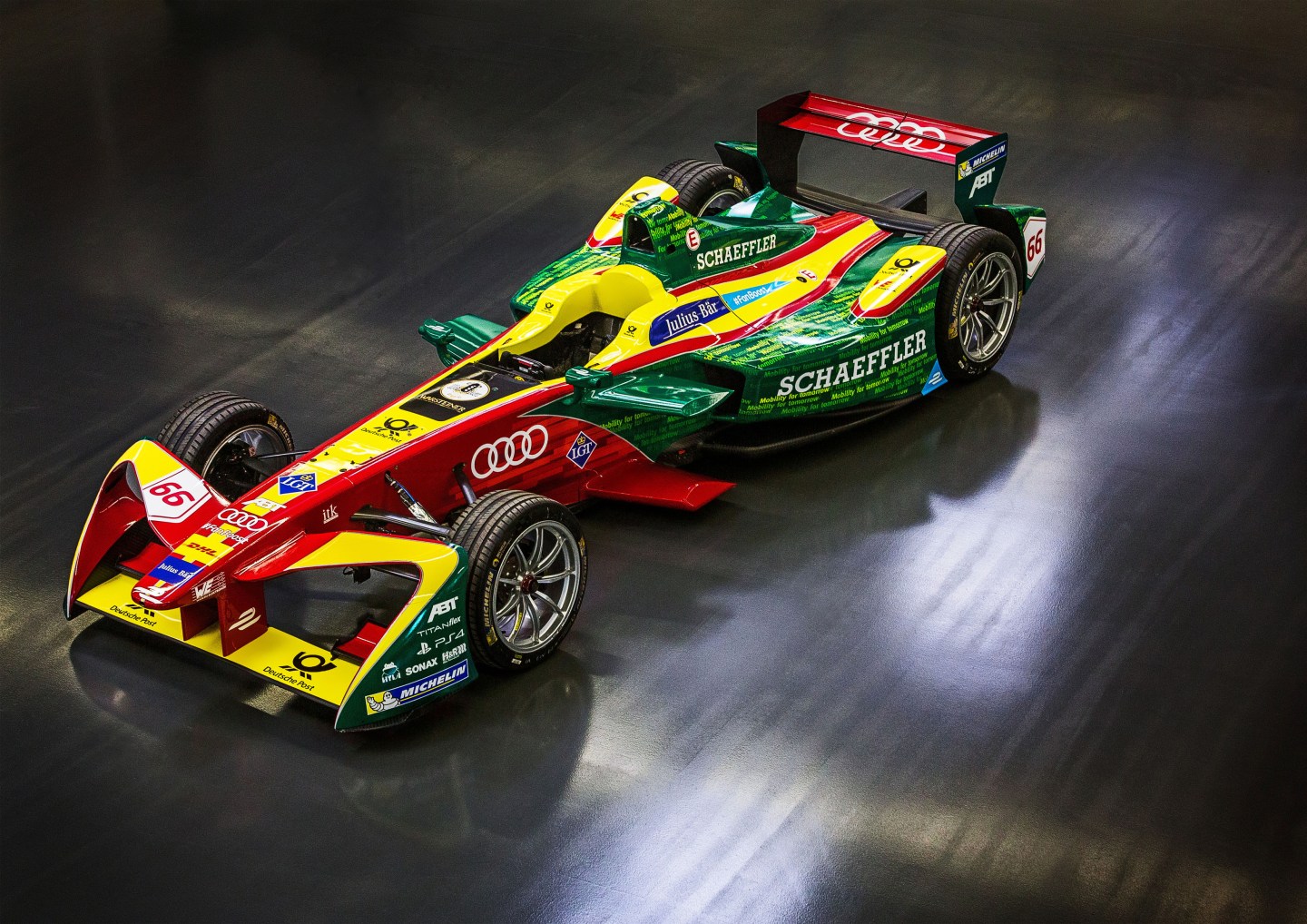 Formula E, a class of auto racing that uses only electric-powered cars, has landed another automaker. Audi AG, which has sponsored a team since Formula E’s inaugural season in 2014, will enter its own factory team into the racing series next year.

The German automaker said Friday it is expanding its partnership with Formula E Team ABT Schaeffler Audi Sport in the upcoming third season, which kicks off October 9 in Hong Kong. Audi also announced plans to launch its own factory-backed motorsport program for the 2017-2018 season.

“By 2025, every fourth Audi should be an electric vehicle,” Dr. Stefan Knirsch, a member of Audi’s board of management, said in a statement. “The first model for this is planned to be an SUV we’re going to present in 2018. In the light of these plans, adapting our motorsport program and taking up a commitment in a fully electric racing series is only a logical move.”

Audi has used motorsport to test and develop new technologies that were subsequently used in production, according to Dr. Wolfgang Ullrich, Audi’s head of motorsport.

Formula E is an all-electric urban racing series that was launched as a test bed for research and development around electric vehicles to generate interest in the cars, and to promote clean energy and sustainability. The global racing series is overseen by the Fédération Internationale de l’Automobile, the same body that organizes Formula One. Formula E travels to 10 cities.

You can legally drive this single-seat race car on the road:

Early skepticism about the racing series has faded as more automakers announce plans to either sponsor teams or enter their own factory teams.

Jaguar Land Rover has a team racing in Formula E’s upcoming season, the first time the British automaker has had a motorsport team since it left Formula One more than a decade ago.

Faraday Future, the electric car startup backed by Chinese billionaire Jia Yueting, also announced a partnership with Dragon Racing, a team owned by Jay Penske that races in the FIA Formula E Championship. Faraday Future will be a core technical partner and title sponsor of the team owned by Penske, a media and publishing entrepreneur who has deep roots in professional racing.