Burger King Piles On the Meat In New ‘Meatatarian’ Menu 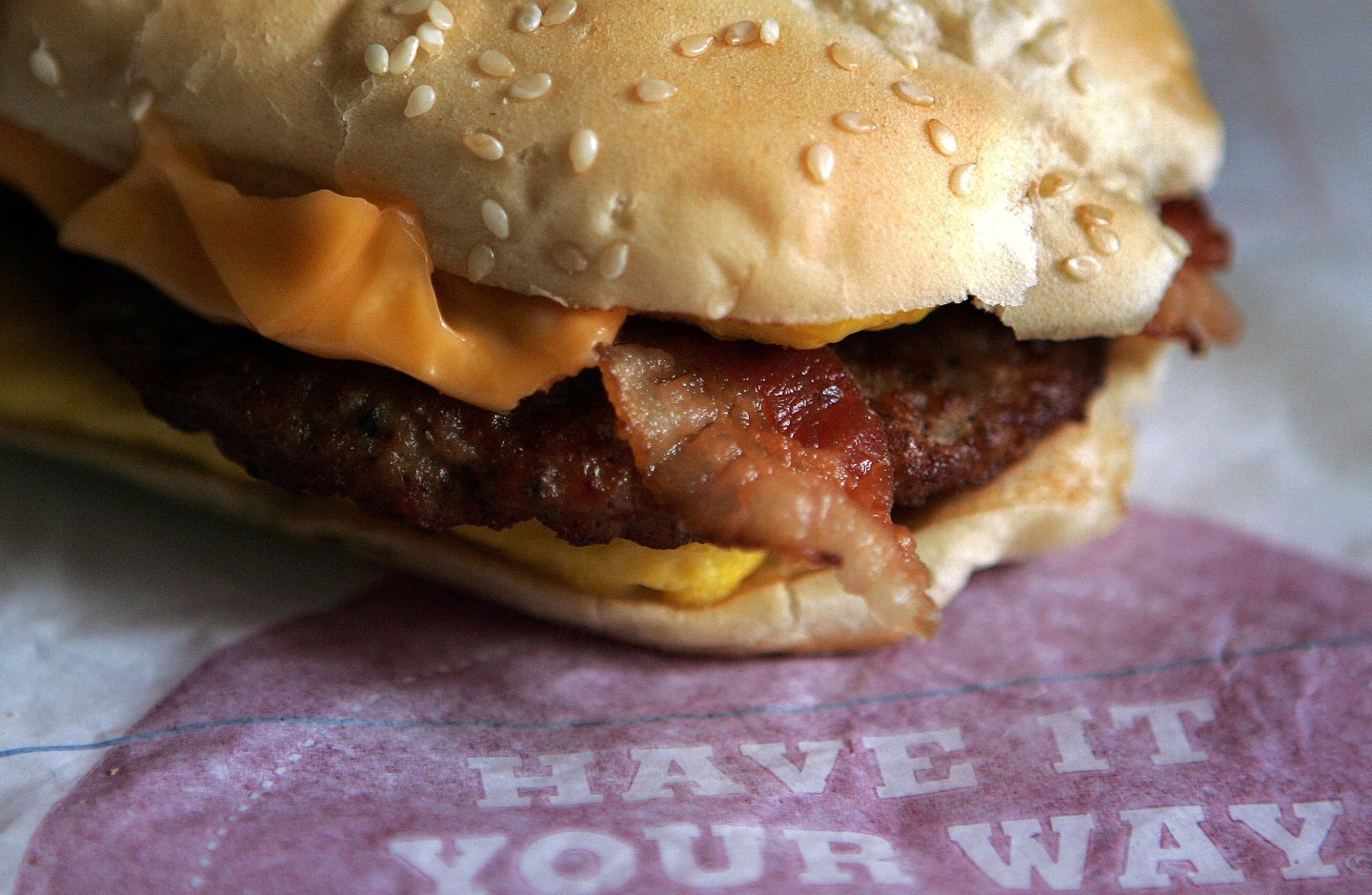 Burger King (BKW) is beefing up its menu—literally.

The fast food chain recently rolled out its “Meatatarian” menu, which offers customers three new sandwich options: “Full Meaty,” “Half Meaty,” and the “Chicken Bacon Meaty.” These items, also known as the “Meatatarian Range,” will only be offered for a limited time in BK’s New Zealand-based chains.

The “Full Meaty,” as you probably could have guessed, is the largest of the three sandwiches. It’s made with two burger patties, one crispy chicken patty, six strips of bacon, two slices of cheese, onion, and barbecue sauce. The “Half Meaty” is the same minus one burger patty and one slice of cheese, while the “Chicken Bacon Meaty” is made with two chicken patties instead of two beef. It has all the same fixings.

“Get your veg and 3 meats,” BK claims on its website. “Yes, onion is a vegetable.”

BK lists nutritional information for all of its items, including the amount of fat and sodium per serving, but the numbers have not yet been listed for the new meaty options.

U.S.-based chains may not be using as much meat, but its summer items act as a sort-of consolation prize—the Mac n’ Cheetos and Whopperrito.

Burger King could not immediately be reached for comment.