Here’s Why Apple Likely Won’t Have to Pay All $14.5 Billion in Back EU Taxes 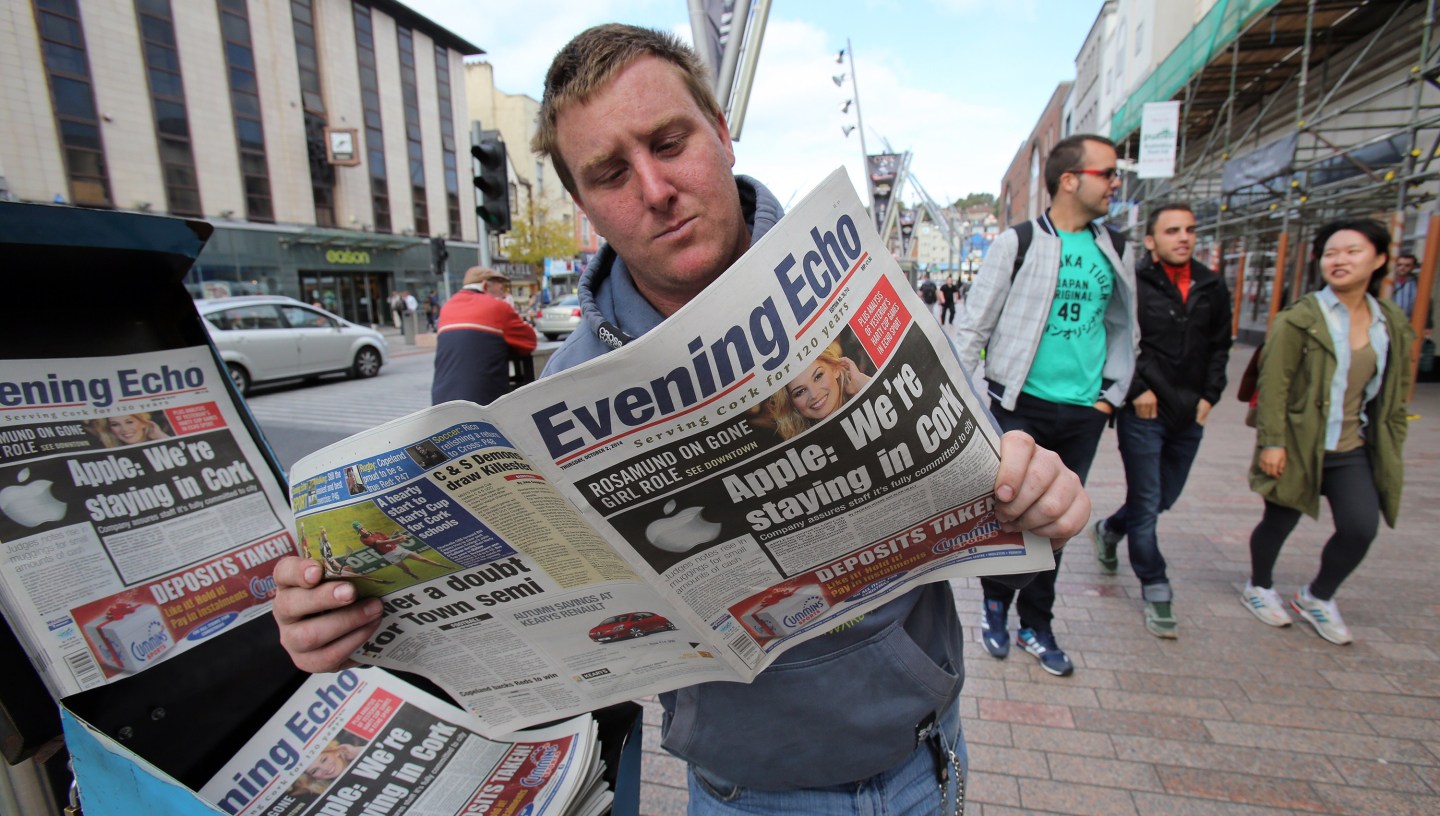 Apple may still be able to take the bite out of its European tax bill.

On Tuesday, the European Commission fined the tech giant $14.5 billion, ruling Ireland provided illegal state aid to Apple between 1991 to 2007. The tech giant vowed to appeal, saying it was “confident the decision will be overturned.”

Apple CEO Tim Cook on Tuesday published an open letter reiterating the company’s claim that Apple had not received any special treatment from Ireland.

“[Apple] will likely draw in support of the US government. I think anything it ultimately pays is probably less, but is probably a ways off,” said Robert W. Baird and Co. analyst, Will Power on CNBC’s Squawk Box Tuesday.

White House press secretary Josh Earnest said that the Obama Administration is concerned that the Commission’s decision could hurt U.S. taxpayers, as the $14.5 billion could be claimed as a tax deduction in the U.S., Reuters reported.

The U.S. Treasury Department also said the ruling could “threaten to undermine foreign investments, the business climate in Europe, and the important spirit of economic partnership between the US and EU.”

The Treasury said it would continue to monitor the case as it progresses in a statement to Fortune.

What’s more, even though the European Commission ordered that the taxes be paid to Ireland, the nation, for its part, doesn’t seem to want the taxes at all. After all, its lax corporate tax rates have helped boost its economy by attracting giants including Google and Facebook.

Irish Finance Minister Michael Noonan told CNBC Tuesday that the country would appeal to the ruling, restating Ireland’s position that the “full amount of tax was paid in this case and no state aid was provided.”

That said, the appeals process is likely to take years before Apple and the European Commission can finally put the issue to rest, wrote RBC Capital analyst Amit Daryanani in a note to clients Tuesday.