Why the Pentagon Is Reviewing an Unfinished Aircraft Carrier 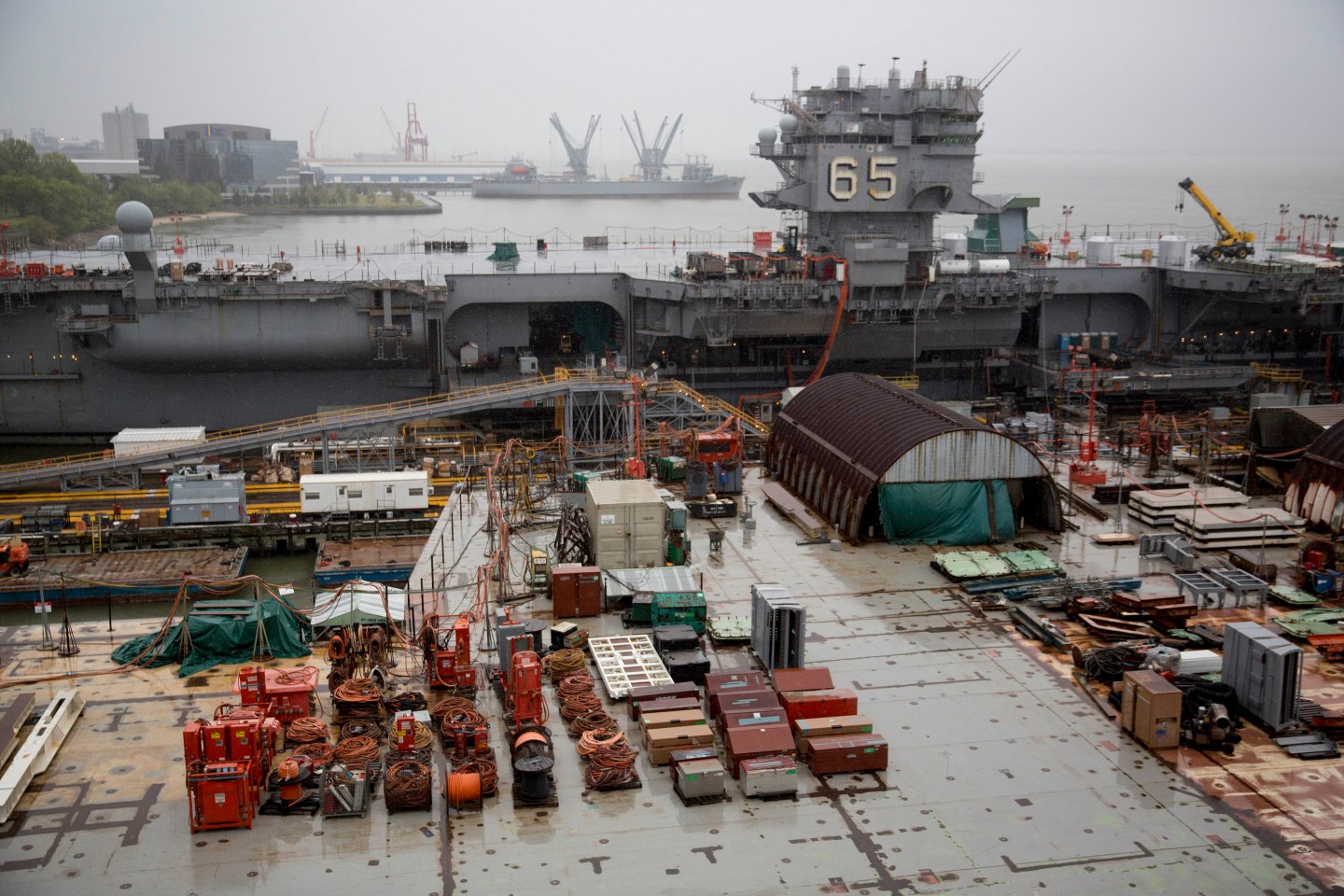 The Pentagon has ordered a review of the USS Gerald R. Ford aircraft carrier, which is under construction and due to be delivered in November, a Defense Department spokesman said on Monday.

Defense Undersecretary for Acquisition Frank Kendall ordered the review, citing a list of problems with the ship, Bloomberg News reported.

“With the benefit of hindsight, it was clearly premature to include so many unproven technologies” on the carrier, Kendall wrote to Navy Secretary Ray Mabus in an Aug. 23 memo, according to Bloomberg.

A Pentagon spokesman confirmed to Reuters that Kendall had ordered the review. It was not immediately clear who would conduct it.

“We want to be sure we all have the same accurate picture of the reliability and performance aspects of the key new systems” on the carrier, Pentagon spokesman Mark Wright said in a statement.

“Also, any impacts on the follow-on ships should be understood as soon as possible to allow for the time and knowledge to make proper decisions regarding their systems,” he said.

For more on the Pentagon, watch Fortune’s video:

The Pentagon hopes the carrier, being built by Huntington Ingalls Industries (HII), will be finished “by the mid-November timeframe,” Wright said.