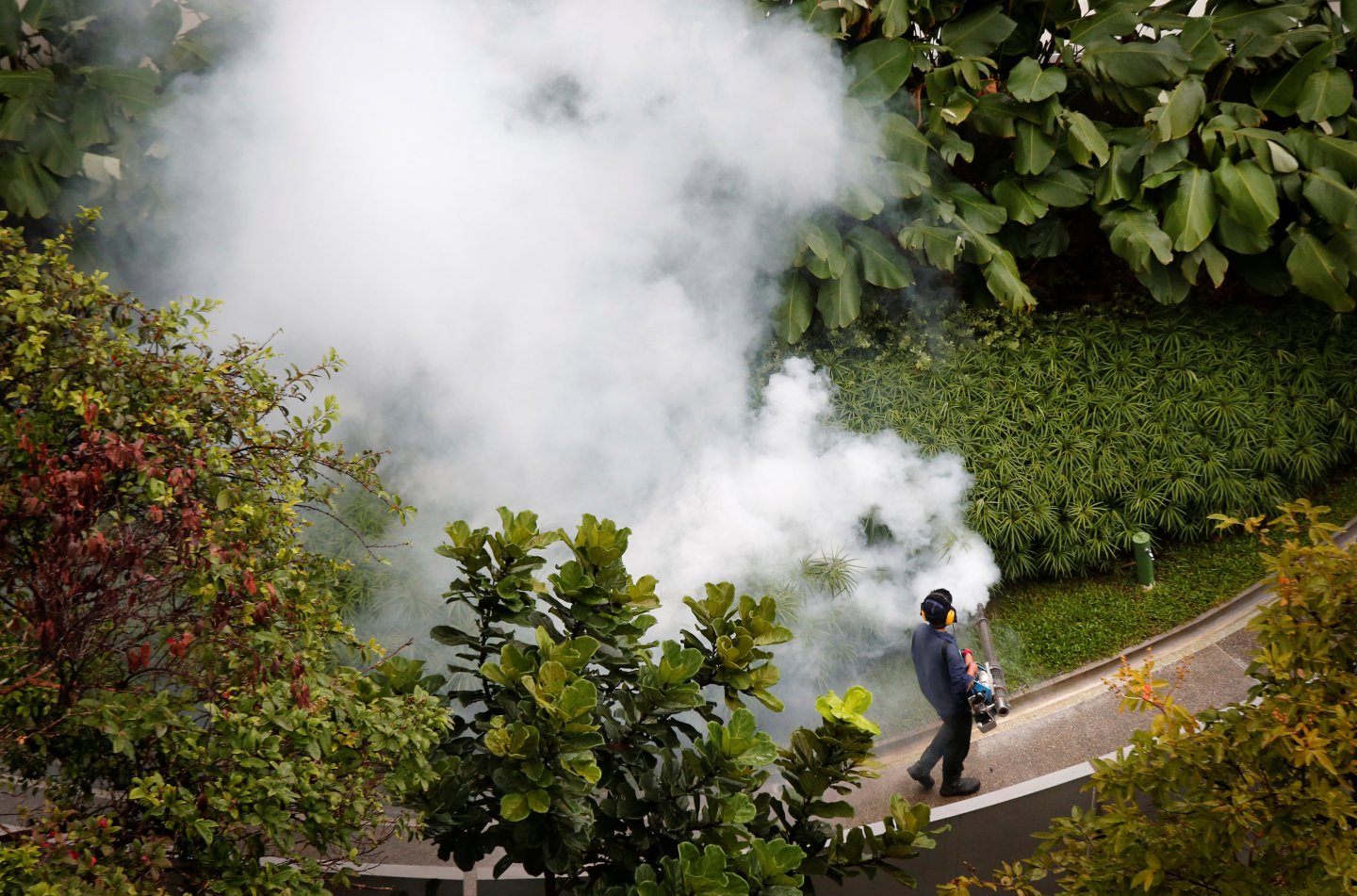 Singapore authorities have confirmed 41 cases of locally-transmitted Zika virus, which in Brazil has been linked to a rare birth defect, and said more cases were expected to be identified.

Those infected include 36 foreign construction workers employed at a site near Aljunied in the southeast of the island, the health ministry and the National Environment Agency (NEA) said in a joint statement on Sunday.

On Saturday, authorities had confirmed Singapore’s first case of a local transmission of the virus, to a 47-year-old Malaysian woman, also from the Aljunied area.

“MOH (the ministry of health) cannot rule out further community transmission in Singapore since some of those tested positive also live or work in other parts of Singapore,” the statement said. “We expect to identify more positive cases.”

The authorities said they have tested 124 people, primarily construction workers. Seventy-eight tested negative and five cases were pending. Thirty-four patients have fully recovered. It was not immediately clear where the foreign workers were from, but Singapore hosts a large contingent of workers from the Asian sub-continent.

“All the cases are residents or workers in the Aljunied Crescent/Sims Drive area. They are not known to have traveled to Zika-affected areas recently, and are thus likely to have been infected in Singapore. This confirms that local transmission of Zika virus infection has taken place,” the statement said.

Dozens of NEA staff cleaned drains and sprayed insecticide in the mainly residential area early on Sunday, and volunteers and contractors handed out leaflets and insect repellent. The NEA workers had accessed more than 1,800 premises of a total of 6,000 in the area to check for mosquito breeding.

“I’m very scared of mosquitoes because they always seem to bite me, they never bite my husband,” Janice, 31, who gave only her first name, told Reuters. “This concerns me because maybe in a couple of years I want to have another (child).”

Zika was detected in Brazil last year and has since spread across the Americas. The virus poses a risk to pregnant women because it can cause severe birth defects. It has been linked to more than 1,600 cases of microcephaly in Brazil.

The Singapore government said there were “ongoing local transmission” cases in Indonesia, Thailand and Vietnam. Other countries in the region to have detected the Zika virus since 2013 include Bangladesh, Cambodia, Laos, Malaysia, Maldives and the Philippines, according to the World Health Organization (WHO).

Malaysia said on Sunday it stepped up surveillance at main transit points with Singapore.

FDA Says All Blood Donations Should Be Tested for Zika

Health director-general Noor Hisham Abdullah said leaflets on Zika prevention were being handed out and paramedics were at entry points to handle visitors with potential symptoms.

As of this month, Malaysia said it has screened more than 2 million visitors at air, sea and land entrances, and found no Zika infections.

In Thailand, where close to 100 cases of Zika have been recorded across 10 provinces this year, the Department of Disease Control (DDC) was screening all athletes returning from the Olympic Games in Brazil, but was not otherwise changing its prevention measures.

“Every country in this region has Zika transmission cases,” said Prasert Thongcharoen, an adviser to the DDC. “Thailand has, however, managed to contain the problem through early detection.”

The current strain of Zika that is sweeping through Latin America and the Caribbean originated in Asia, where people could have built up greater immunity.

U.S. health officials have concluded that Zika infections in pregnant women can cause microcephaly, a birth defect marked by small head size that can lead to severe developmental problems.

The WHO has said there is strong scientific consensus that Zika can also cause Guillain-Barre, a rare neurological syndrome that causes temporary paralysis in adults.