Herbalife May Have Misled Investors, SEC on Impact of FTC Deal 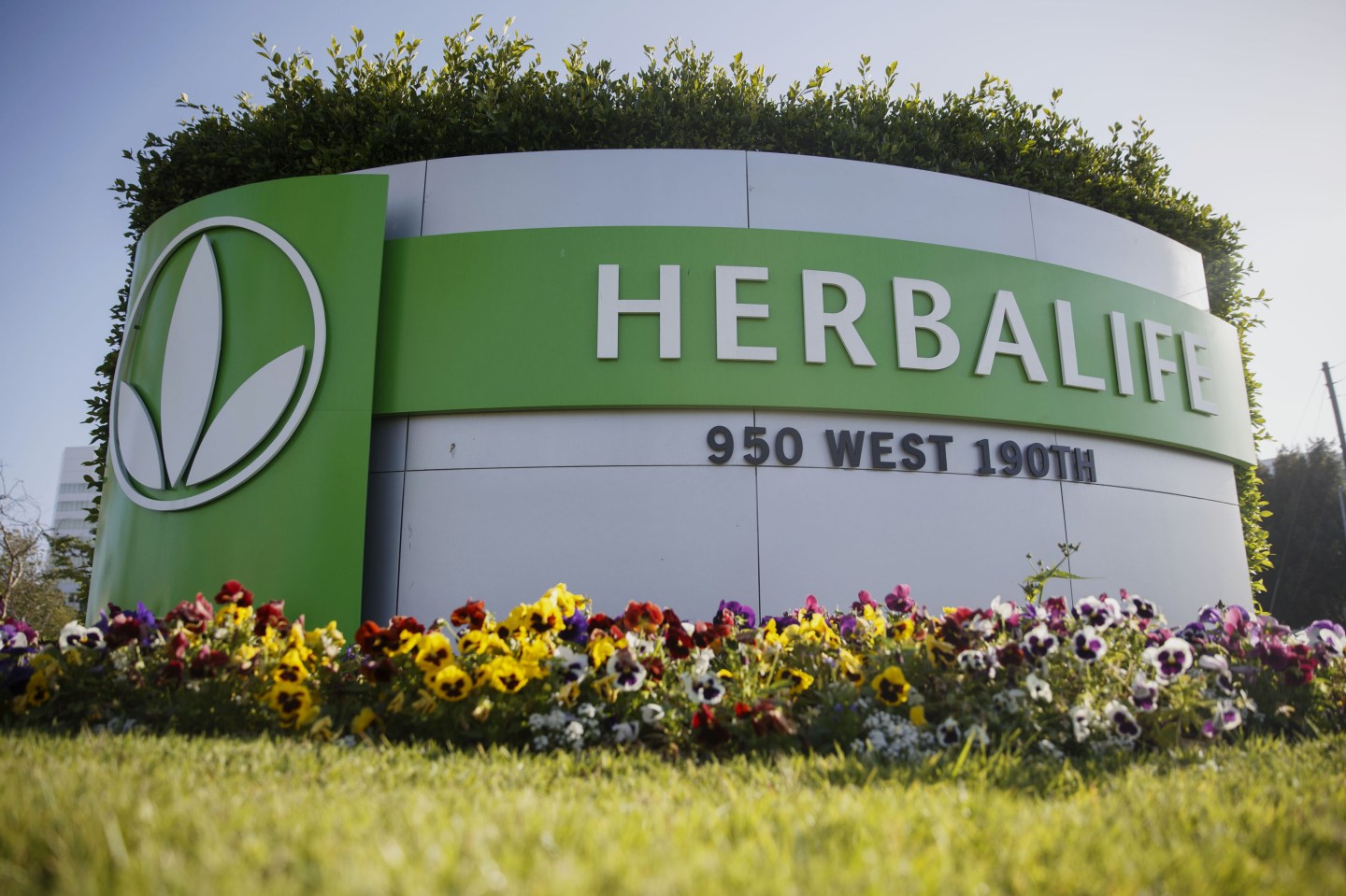 After U.S. multi-level marketing company Herbalife settled a probe of its sales practices with the U.S. Federal Trade Commission last month, top executives assured investors that the company would be able to thrive under the new rules.

The consumer protection agency had questioned the company’s sales methods.

Billionaire investor William Ackman in 2012 claimed the company was running a pyramid scheme, recruiting members with a promise of payment for enrolling others in distribution, rather than depending on the actual sale of its nutritional supplements and weight management products.

In its July 15 settlement Herbalife agreed to restructure its U.S. business so distributors are rewarded for sales rather than for recruitment of sales agents and it agreed to pay a $200 million fine.

But Herbalife’s filings with the U.S. Securities and Exchange Commission painted a much less optimistic picture than its presentation to analysts and investors, according to a private investor who flagged the differences to the SEC this month.

For more on Herbalife, watch:

Handley, who is betting Herbalife’s stock price will fall, told Reuters about his outreach to the SEC and provided a copy of his letter to its whistleblower office.

“The transcript of the conference call, when compared directly against the actual language the company issued in their 10Q, depict a clear pattern of purposeful intent to deceive investors and the market,” Handley wrote in the Aug. 16 letter.

“The things you say on the call and write in the filing have to match up, and I thought they just didn’t,” he later said in an interview with Reuters.

Because Herbalife’s conference call transcript and its SEC filings are publicly available, securities law experts said the company probably did not violate the SEC’s disclosure rules such as Regulation FD.

Corporate filings are often more legalistic and technical than what executives say during presentations to analysts and investors, when they may sound optimistic about the company’s outlook, law professors and private lawyers noted.

But such presentations are usually highly scripted, with companies trying to ensure oral statements are not inconsistent with their filings, and the difference in tone and substance in Herbalife’s case is noteworthy, securities lawyers said.

“Securities laws say that you cannot lie,” said Yale law professor Jonathan Macey. “Reading these two documents (the filing and transcript of the conference call), would suggest they’ve changed their point of view,” he added.

Herbalife spokesman Alan Hoffman declined repeated requests from Reuters for comment. Brian Lane, a partner at law firm Gibson Dunn, which vets Herbalife’s disclosures, did not respond to a call or email seeking comment. Herbalife has disclosed inquiries from the SEC and other government authorities in the past.

Herbalife hailed the FTC settlement as a victory for its business model as the FTC said the company may have deceived hundreds of thousands of people but stopped short of calling it a pyramid scheme.

In August executives assured analysts and investors on a conference call that Herbalife would suffer little financial damage from the settlement.

Chief Executive Michael Johnson said, “We have the greatest confidence in our ability to comply with the agreement and continue to grow our business in the U.S. and around the world.”

Chief Financial Officer John DeSimone saw “minimal disruption to the business” and President Desmond Walsh also struck an optimistic tone, saying, “The most important thing is that we don’t see any long-term impact in our business.”

Herbalife’s SEC filing was more circumspect though, saying the company does not currently expect the settlement to have a “long-term and materially adverse impact.”

However, the filing also noted “there is no guarantee that we will be able to fully comply with the consent order” and that “the company’s business and its member base, particularly in the United States, may be negatively impacted.”

If Herbalife cannot comply with the consent order, “this could result in a material and adverse impact to the company’s results of operations and financial condition,” the filing said.

Herbalife also noted the settlement’s effect “could be significant.”

Herbalife has until next year to comply with the July 15 order from the Federal Trade Commission to restructure its U.S. business.

It is not clear whether other short sellers and investors will respond to Handley’s accusations on inconsistency between the company’s verbal optimism and its more cautious SEC filings, some experts said.

“If you invest in this company, you will want to know what the odds are of this FTC ruling screwing up their business,” Yale Law School professor Macey added.

Herbalife’s stock price has gone on a wild ride over the last four years when two billionaires began squaring off over its future. After seeing a high around $81.00 in January 2014, the stock fell to a low around $30.26 in January 2015 before recovering to close at $60.50 on Friday.

Hedge fund manager William Ackman, who called Herbalife a pyramid scheme, placed a $1 billion short bet but so far has suffered some losses as the stock climbed.

On Friday in a letter to investors, Ackman also noted differences between presentations to investors by Herbalife executives and the company’s official quarterly filing. In his letter, Ackman wrote “management’s latest commentary is a continuation of prior misrepresentations.”

Ackman and Handley, who registered his complaints about Herbalife’s communications with the SEC, both said they have never spoken to each other and reached their conclusions independently.

By contrast, in 2013 billionaire Carl Icahn expressed confidence in Herbalife, becoming its biggest shareholder and named directors to the board.

This week, Ackman and Icahn tangled anew when Ackman said an investment bank approached him to try and sell some of Icahn’s shares, but on Friday, Icahn said he was buying shares, not selling.

A key institutional owner, Fidelity, sold some of Herbalife’s shares in August, it said in a filing. Fidelity declined to make the fund manager available for an interview.