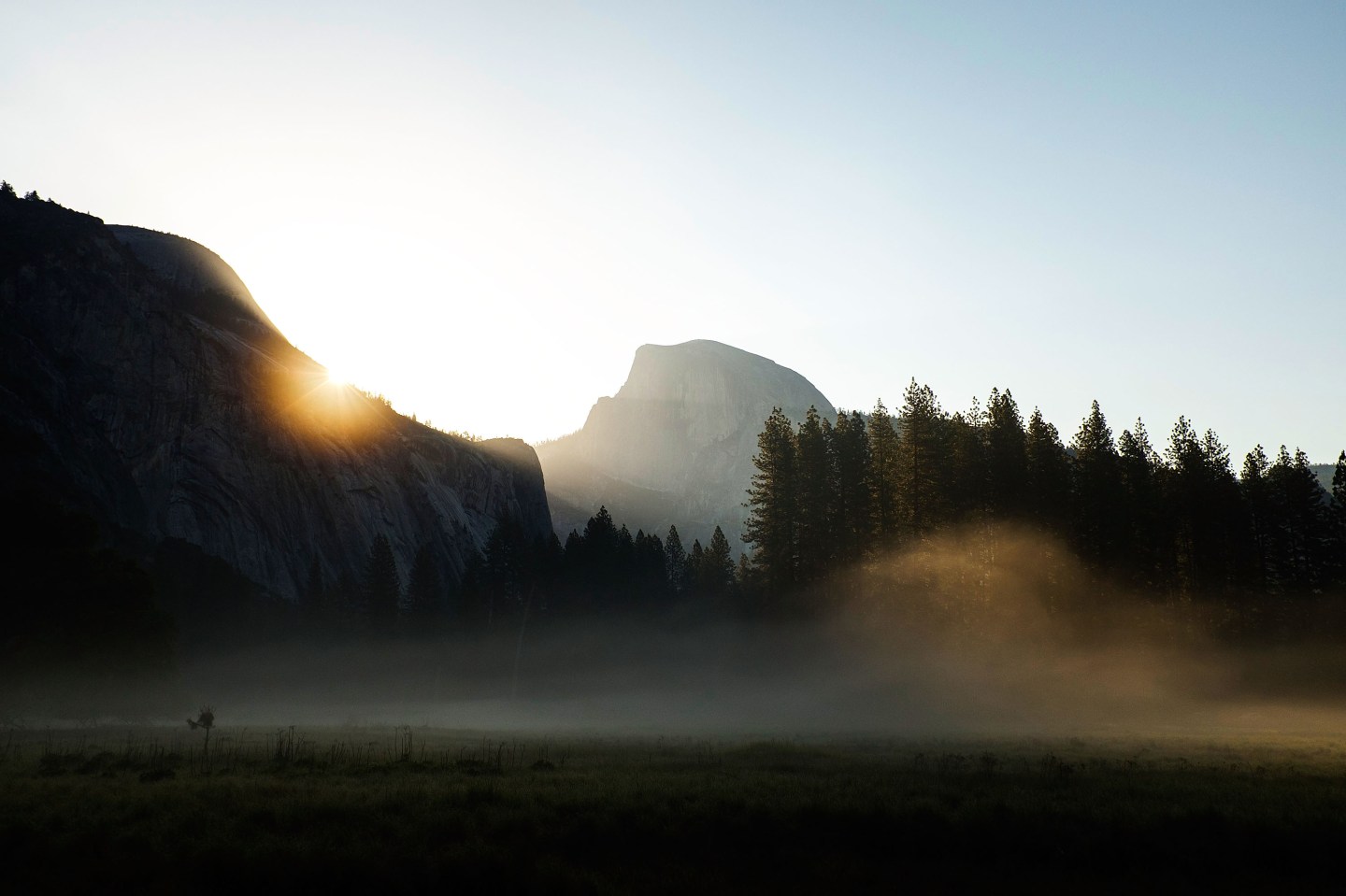 YOSEMITE NATIONAL PARK, CA - MAY 20: A view of Half Dome at sunrise on May 20, 2015 in Yosemite National Park, California. (Photo by Brendon Thorne/Getty Images)
Brendon Thorne — Getty Images

To celebrate Thursday’s 100th anniversary of the U.S. National Park Service, Google has launched “The Hidden Worlds of the National Parks,” an interactive on-demand documentary that utilizes the latest 360-degree video technology to give viewers short private tours of five U.S. National Parks, as seen through the eyes of the park rangers who know them best.

If you can’t visit the parks in person this year, this free offering from Google is a perfect alternative.

Hidden Worlds presents two special video tours for each of five featured parks. Some of the options will let you experience what it’s like to:

For more: 150 Years of National Parks in 19 Stunning Photos

The U.S. National Parks Service is also offering free admission to all of its parks, monuments, and historical sites starting today through Sunday. If you can’t get to a park this weekend, the Hidden Worlds online tour is a great alternative. Set aside an hour to experience all five tours.

In the meantime, you can watch a behind-the-scenes clip of the making of the Hidden Worlds Expedition: