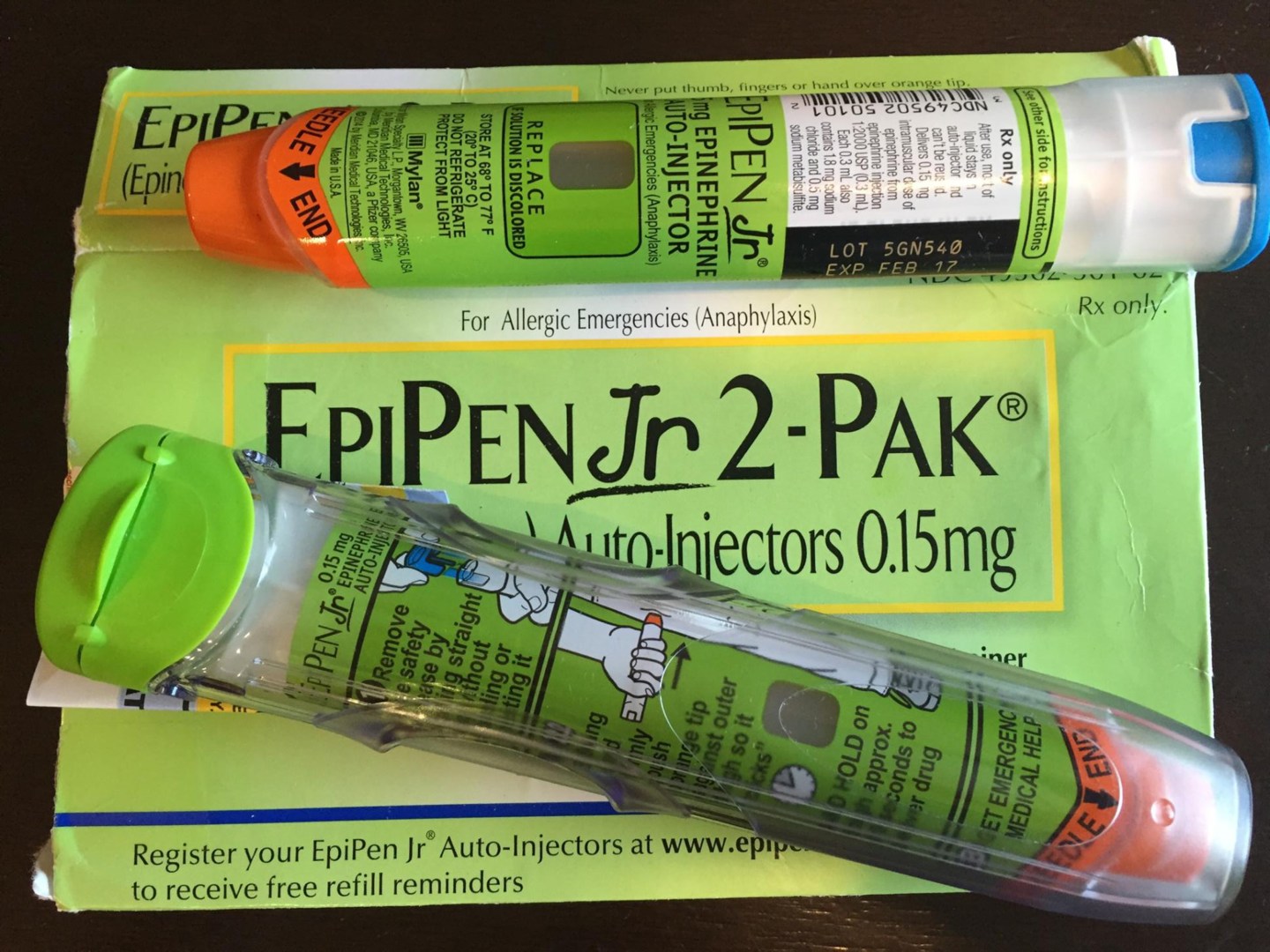 Following a weeklong firestorm over its EpiPen price hikes—crescendoing Wednesday with rebukes from Hillary Clinton and the White House—Mylan (MYL) offered an olive branch on Thursday in the form of a coupon.

The generic drug company tripled the discount patients can receive on the cost of EpiPen to $300, up from the maximum $100 Mylan had previously offered with the use of its special “savings card.” That means patients who were paying EpiPen’s full $608 list price (for a package of two) can now get the epinephrine injection device, which is used to treat a potentially fatal allergic reaction known as anaphylaxis, for about half as much.

What Mylan did not do, however, was promise to roll back the price of EpiPen, which has risen about 500% since Mylan acquired the treatment in 2007. Nor did Mylan pledge to refrain from raising the price of EpiPen further, something it has already been exploring since the product’s main competitor Auvi-Q went off the market last year. And as lawmakers were quick to point out, Mylan’s discount offer does little to lower overall health care costs, but rather shifts more of the EpiPen sticker shock to other parts of the supply chain where the public is less likely to complain about it.

U.S. Senator Richard Blumenthal (D-Conn.), who had demanded earlier this week that Mylan immediately lower the price of EpiPen, said in a statement that the new discount was a “baby step” merely “masking an exorbitant and callous price hike.” Consumer advocacy group Public Citizen called the coupons “a false solution that can be summed up as too little, too late.”

After all, only a small group of people will receive the full benefit of Mylan’s maximum $300 discount, as only 4% of EpiPen patients were actually paying the whole $608 wholesale cost out-of-pocket anyway, according to IMS Health data. People would generally only have to pay that much if they either didn’t have health insurance (making them out of compliance with the Affordable Care Act, which requires Americans to have coverage) or if they had not yet reached their health plan’s deductible (more common for people with high-deductible, so-called catastrophic health plans).

That means it won’t cost Mylan much to offer the discounts: Evercore ISI analyst Umer Raffat estimates that Mylan will only have to spend, at most, an additional $103 million on the program, or just 1% of its overall $9.4 billion in revenue last year. And that’s only if all EpiPen patients choose to use the discount card, a highly unlikely scenario, given that a relatively small portion of patients typically take advantage of drug coupons.

That’s just one reason it’s better for Mylan to offer a rebate instead of just slashing the price of EpiPen. And it’s not alone: Valeant Pharmaceuticals (VRX), which also became the target of price-gouging accusations last year, similarly responded by offering pharmacy coupon cards to patients, but has resisted calls to lower its drug prices. That way, the companies don’t have to take a massive revenue hit upfront, but can pay the rebate claims as they come, likely resulting in a smaller sacrifice. And by keeping drug prices at their current levels, pharmaceutical companies also preserve their profit margins, while maintaining the flexibility to, yes, raise prices more moderately later on.

Besides, if Mylan were to actually reduce the price of EpiPen, it would have ramifications other than just lowering what individuals pay for the drug. Insurers would probably also want to pay proportionally less in reimbursements. That could have a domino effect on the other middlemen between Mylan and the patient, such as drug distributors, pharmacy benefit managers, and pharmacies, who might also have to settle for less revenue per EpiPen sale. Some pharmacy benefit managers might not want to provide as much coverage of EpiPen if it weren’t profitable for them, which could make it harder for patients to get the drug. And it would almost certainly take longer for Mylan to negotiate a new arrangement—and by then the EpiPen controversy might have blown up further.

“Here’s the perverse thing: Had we reduced the list price, I couldn’t ensure that everyone who needs an EpiPen gets one,” Mylan CEO Heather Bresch told CNBC Thursday. “So we went around the system.”

But if politicians and voters are worried about health care costs in general, Mylan’s rebates don’t really solve much. With rebates, the insurance company (or employer) is still paying just as much on EpiPen claims as it was before. And the risk of losing money also falls less on Mylan than it does on those at the end of the supply chain, with the pharmacy having to dispense EpiPens while accepting less in copay money upfront, then applying for a rebate and waiting to see what trickles back. The rebates will have to go through several middlemen including drug distributor McKesson (MCK), which is handling the claims submitted by pharmacies, and will likely be divvied up based on their negotiations amongst themselves. Some critics therefore think that drug coupon cards are a bandaid that don’t truly lower health care costs. “This is an issue across many of the drug stocks—where do those rebates go? Who’s keeping the rebates?” Raffat told CNBC in a separate interview.

Those middlemen are by no means starving: Mylan revealed on Thursday that it wasn’t pocketing the full $608 EpiPen wholesale price in the first place, but only $274 per prescription, with the remaining $334 split between the other parties. And despite the fact that Mylan raised EpiPen prices roughly 30% in 2015 while prescription volume also grew 7%, the company’s revenue on the drug actually fell slightly, as the other players took even bigger cuts, according to Raffat.

Even Bresch admitted it on CNBC Thursday morning. “There’s no question, the system is broken.”