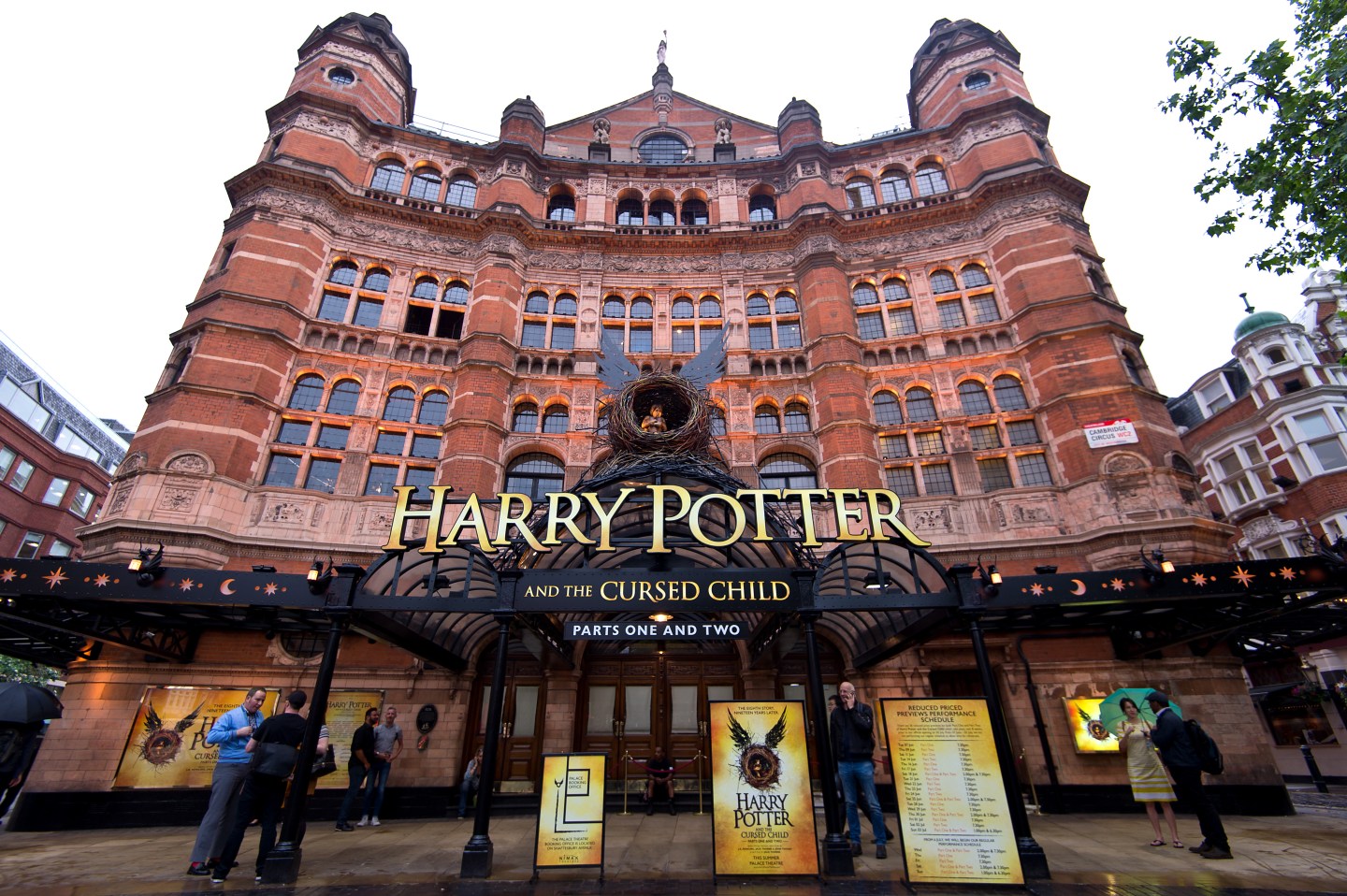 The theater show Harry Potter and the Cursed Child has seen a magical amount of success. So much so that tickets to see just half the show are now selling for over £8,000 ($10,535) in the United Kingdom.

At one online ticket reseller, tickets are being re-sold for £8,102.55, or about $10,670, CNBC reports. Some tickets only buy you access to the first or second part of the two-part play, which is currently being staged at the Palace Theater in London.

Many Potter fans have been unsuccessful in finding seats despite spending hours online attempting to get tickets at the show’s official sites. In the midst of the frenzy, ticket scalpers have been able to mark up the price of the tickets on popular re-sale sites, according to CNBC.

British media are reporting that some performance-goers have been refused entry to the show because they bought tickets from unauthorized retailers. Unauthorized reselling of tickets for soccer games has been outlawed in Britain since 1994, but it remains legal for plays and concerts. Re-sale site have said they would reimburse those with rejected tickets, CNBC reports.

The theater performance isn’t the only aspect of Harry Potter and the Cursed Child that has been successful. In just the first two days of sales after the script book was released, Scholastic (SCHL) reported that it sold more than 2 million copies. In a later report, Scholastic announced it had sold over 3 million copies since its release.

Fortune has reached out to StubHub and Viagogo and will update the story if they respond.