A White Man Asked C-Span How to Stop Being Racist. Here’s the Fascinating Answer 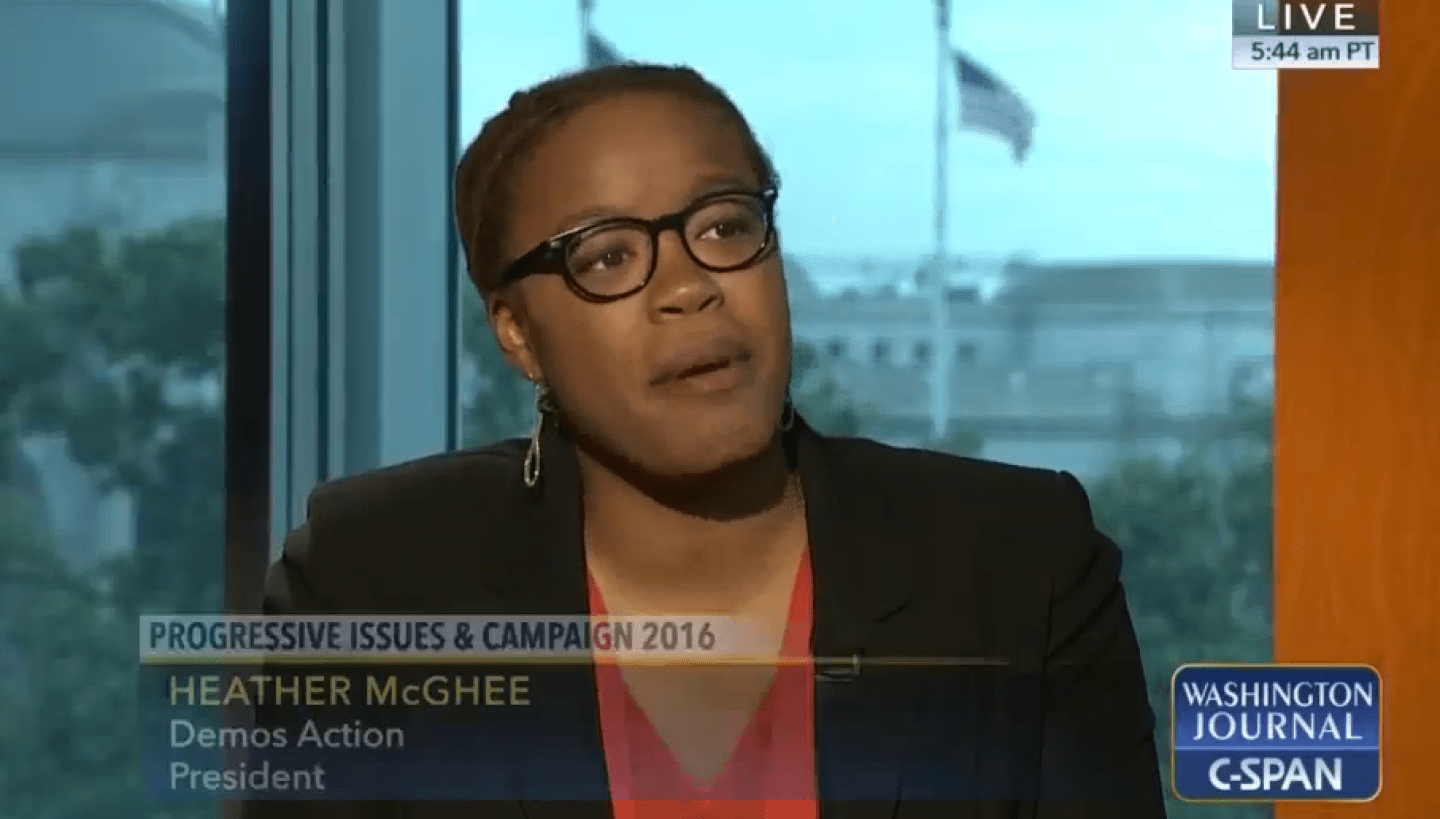 Last week, on C-Span’s Washington Journal, a rare moment of vulnerability from a caller turned into one of those really nice moments that make you think there’s hope for our species.

“I was hoping that your guest could help me change my mind about some things,” the caller began. “I am a white male, and I am prejudiced.”

The featured guest on the program was Heather McGhee, the president of the liberal think tank Demos. Up until about the 34-minute mark, it had been typical wonkfest, filled with good stuff for policy geeks on income inequality, the election and the anniversary of the 1996 Welfare Reform Act. But when “Gary,” a self-described independent voter from North Carolina, called in, things got deep. For a split second, McGhee braced for the worst.

Gary said his prejudice was really the result of fears – he mentioned black men, the crime rate and drugs – and how when he opens the newspaper it all seems so bad. He comes off worse than he really is, he thinks. But he doesn’t want to be afraid anymore, and specifically, he wanted to understand what was happening so he could be a better American.

McGhee paused, took a breath and thanked him for his call, saying this was one of the most important conversations that Americans could have. “All of us, people of all races and ethnicities and backgrounds hold onto these prejudices. Most are unconscious,” she began. Our diversity was one of the things that’s the most beautiful about our country, but it was also our biggest challenge.

She ticked through a list that will sound familiar to the raceAhead crowd –all about connecting with people different from yourself. Skip the evening news that over-emphasizes black male crime, and get to know black families, she suggested. Visit a black or multi-ethnic church that speaks to you and talk to people there. Read history. Talk with your white family and friends about how they struggle with race talk – all the stuff we know to do. Her response is really worth your time, particularly for the kindness with which she delivered it.

But as beautiful as her answer was, the moment belongs entirely to Gary, the nervous white guy who worries whether he’s part of the problem while he watches daytime policy shows. Somehow, he saw a friend in McGhee. And he did the one thing that people rarely ever do, which is correctly identify one of our own blind spots, an embarrassing and emotional one at that, and said its name out loud. Now that’s a real conversation starter.

Thanks for the call, Gary. I’ll take my inspiration off the air.