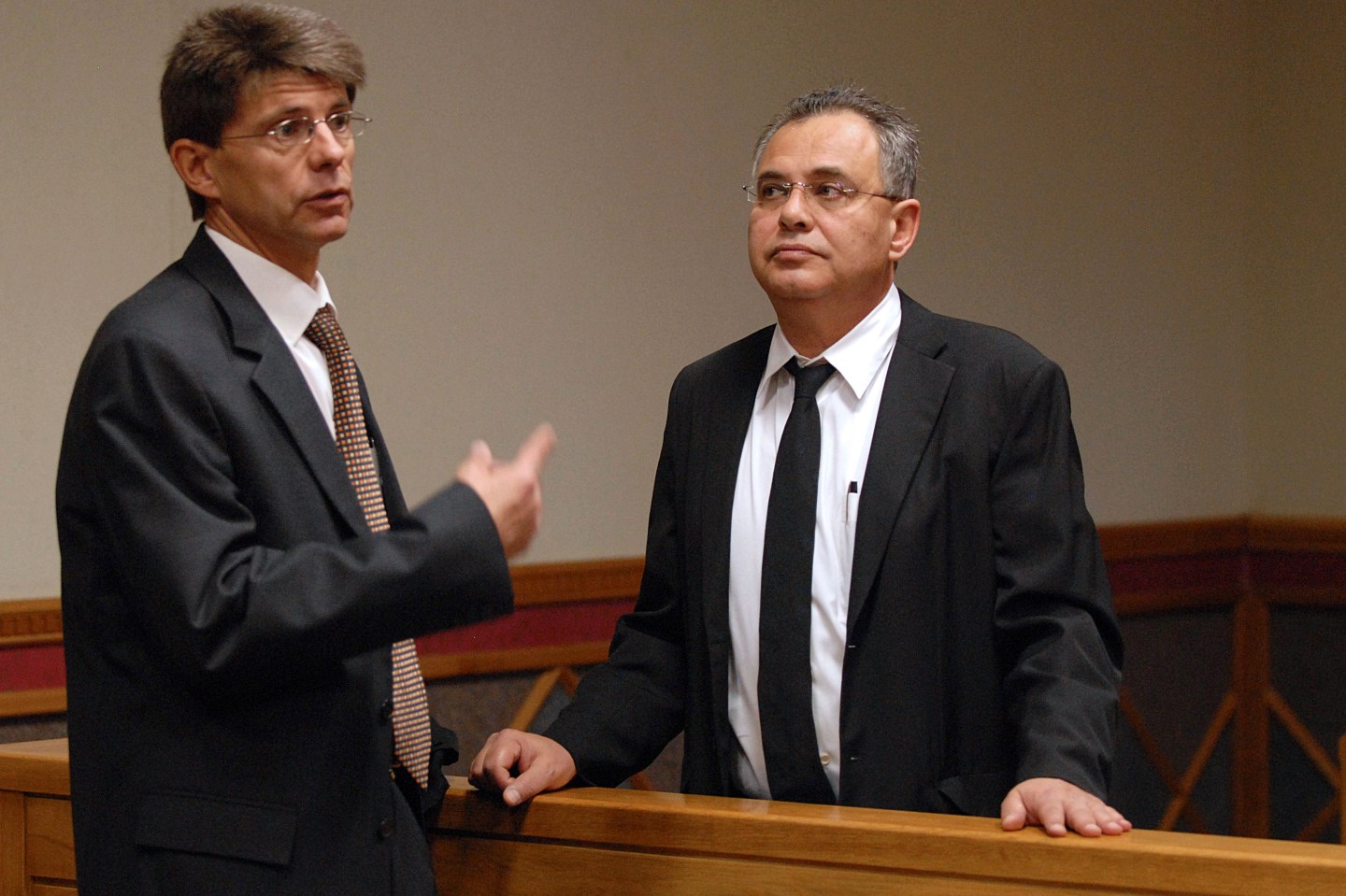 NAMIBIA - SEPTEMBER 17: Jacob " Kobi'' Alexander, the former Comverse Technology Inc. chief executive officer, right, confers with his lawyer, Louis du Pisani, while waiting for his case to be heard at the Windhoek Magistrate's Court in Katutura, Namibia, on Wednesday, Sept. 17, 2008. A hearing to request the extradition from Namibia of Alexander, who is wanted in the U.S. for alleged securities fraud, was postponed until Nov. 19. (Photo by Naashon Zalk/Bloomberg via Getty Images)
Naashon Zalk — Bloomberg via Getty Images

The former Comverse Technology chief executive officer who authorities say fled to Africa a decade ago to avoid prosecution in a stock options scandal will return to the United States and plead guilty to a criminal charge, his lawyer said on Monday.

Jacob “Kobi” Alexander, 64, will plead guilty to one count of backdating stock options, the lawyer, Benjamin Brafman, said in an email.

The defendant had been arrested in Namibia in September 2006 after a global manhunt. He had long been fighting extradition to the United States, where he was indicted on 35 charges that included securities fraud, money laundering and obstruction.

A spokeswoman for the U.S. Department of Justice did not immediately respond to a request for comment.

In connection with a 2009 settlement of a lawsuit by Comverse investors, Alexander agreed to pay $60 million to the software developer and waive more than $72 million of claims against it.

The next year, he reached a $53.6 million civil settlement with the U.S. Securities and Exchange Commission.

Comverse was bought out in 2013 by a former unit, Verint Systems (VRNT).