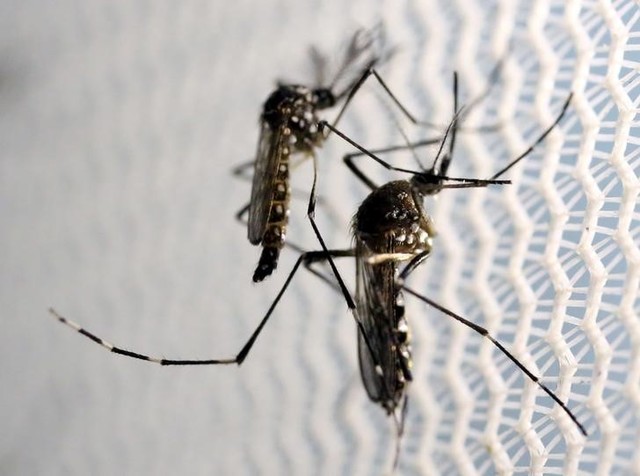 Federal health officials on Friday warned pregnant women not to travel to trendy Miami Beach after Florida confirmed that the mosquito-borne Zika virus was active in the popular tourist destination.

The U.S. Centers for Disease Control and Prevention also suggested that pregnant women who are especially worried about exposure to Zika – which has been shown to cause the severe birth defect known as microcephaly – might consider avoiding all of Miami-Dade County.

The new warnings represent a challenge to Florida’s multibillion dollar tourism industry, with Miami Beach accounting for nearly half of visitor stays in the Greater Miami area. They also heighten concerns over Zika’s spread in the continental United States.

“This means we believe we have a new area where local transmissions are occurring in Miami Beach,” he said, noting that the state had already stepped up pesticide spraying efforts in this area.

A Texas Baby Just Became the First Known Person to Die From Zika in the U.S.

The new transmissions come as Miami-Dade continues to battle Zika in the Wynwood arts neighborhood of Miami, the site of the first locally transmitted cases of Zika in the continental United States. For a graphic of Florida’s Zika outbreak, click here: (http://tmsnrt.rs/2b3VUp3)

In Miami Beach, the state believes Zika transmission is confined to a 1.5-square-mile area located between 8th and 28th streets in the popular South Beach neighborhood. For a graphic of map, click here, (http://tinyurl.com/hdl6mxs)

Miami Beach resident Steve Ehrlich, 30, said news of the five cases transmitted somewhere in the blocks around his home was not surprising, but that did not make it any less concerning.

“You knew it was going to intermingle all over the place,” he said.

And though Ehrlich said and he and his wife Caroline did not have any immediate plans to have more children, any thought of doing so has been indefinitely shelved.

Current CDC guidelines recommend men wait six months after being infected with Zika before trying to have children to avoid passing the virus to a pregnant partner through semen. The recommendations are based on observations that the virus can live in semen as long as 93 days after an infection, but a recent report in the journal Eurosurveillence described two cases in which the virus lingered in semen six months after a person was infected.

“The CDC is giving recommendations for how long to wait before you get pregnant, but it seems like no one has a clear grasp on just how long it stays in your system,” Ehrlich said. “That’s scary for us because we eventually want to have more kids.”

“Even if 1% or 2% of potential travelers decide not to go to Florida, whether it’s for leisure or for business, there could be a multi-million dollar hit to the local economy,” he said.

In a conference call with reporters on Friday, CDC Director Dr. Tom Frieden said there have been at least four other independent instances of mosquito-borne Zika transmission in Miami-Dade county. These were individual cases and did not represent local transmission.

Frieden said it is difficult to determine if cases are locally acquired and whether cases are related. As a result, there may be a time lag in reporting the spread of disease locally.

Given that, Frieden said there could be transmissions that have not been identified throughout Miami, which is why the CDC has advised pregnant women and their sexual partners who are worried about potential exposure to consider avoiding travel to Miami entirely.

“All three of these people traveled to Miami,” Scott said.

Frieden said battling Zika-carrying mosquitoes in this neighborhood will be especially challenging because the area’s high rise buildings will prevent pilots from flying low enough to drop pesticides in aerial spraying campaigns.

“The inability to use aerial spraying there means we’ll be limited to using ground-based techniques like backpack spraying,” he said.

Frieden said aerial spraying continues to be successful in the Wynwood neighborhood, where experts have seen “substantial but not complete knockdowns of mosquito populations.

Scott said Florida has requested more support from the CDC.

Reporters pressed Scott on the timeliness of the announcement, which was first reported in the Miami Herald on Thursday and was confirmed by many other news outlets on Thursday, including Reuters.

“We recognize the desire for information quickly, but it is important that we conduct our interviews and investigations pursuant to epidemiological standards,” Scott said.

‘Not Just a Florida Issue’: Rick Scott Calls on Washington to Step Up Against Zika

Reporters charged Scott with underplaying Zika transmission and delaying confirmation to minimize the effect on tourism in the state.

Scott said the state was taking every measure to ensure the information they provided to the public was accurate.

In a press conference later on Friday, however, Miami Beach Mayor Philip Levine expressed frustration with Scott and the state’s health department for keeping him and other elected officials in the dark about the island-city’s five locally transmitted Zika cases.

Levine said mayors across Miami received the information at the same time as media.

Levine said he and tourism promotion officials have also sought to get ahead of a panic that could cut into hotel reservations.

“Between our efforts and the county’s spraying efforts the last thing I’d ever want to be is a mosquito on Miami Beach,” Levine said.

U.S. Senator Harry Reid, a Democrat, said the transmission of Zika in Miami Beach “is the most alarming development yet in the rapidly growing threat of Zika in the United States.”

Both Reid and Florida Senator Marco Rubio, a Republican, renewed calls for lawmakers in the House and Senate to return to Washington to authorize funding to help public health officials fight the spread of Zika.

President Barack Obama in February requested $1.9 billion to fight Zika but Congressional efforts to approve part of the funding deadlocked before lawmakers adjourned for the summer.

Earlier on Friday, U.S. health officials published a study estimating that as many as 270 babies in Puerto Rico may be born with the severe birth defect known as microcephaly caused by Zika infections in their mothers during pregnancy.

A public health emergency was declared in the U.S. territory on Aug. 12 after more than 10,000 laboratory-confirmed cases were recorded, including more than a thousand pregnant women.

The condition, in which infants are born with abnormally small heads and underdeveloped brains, is estimated to cost $10 million over the lifetime of one child.

The connection between Zika and microcephaly first came to light last fall in Brazil, which has now confirmed more than 1,800 cases of microcephaly that it considers to be related to Zika infection in the mothers.