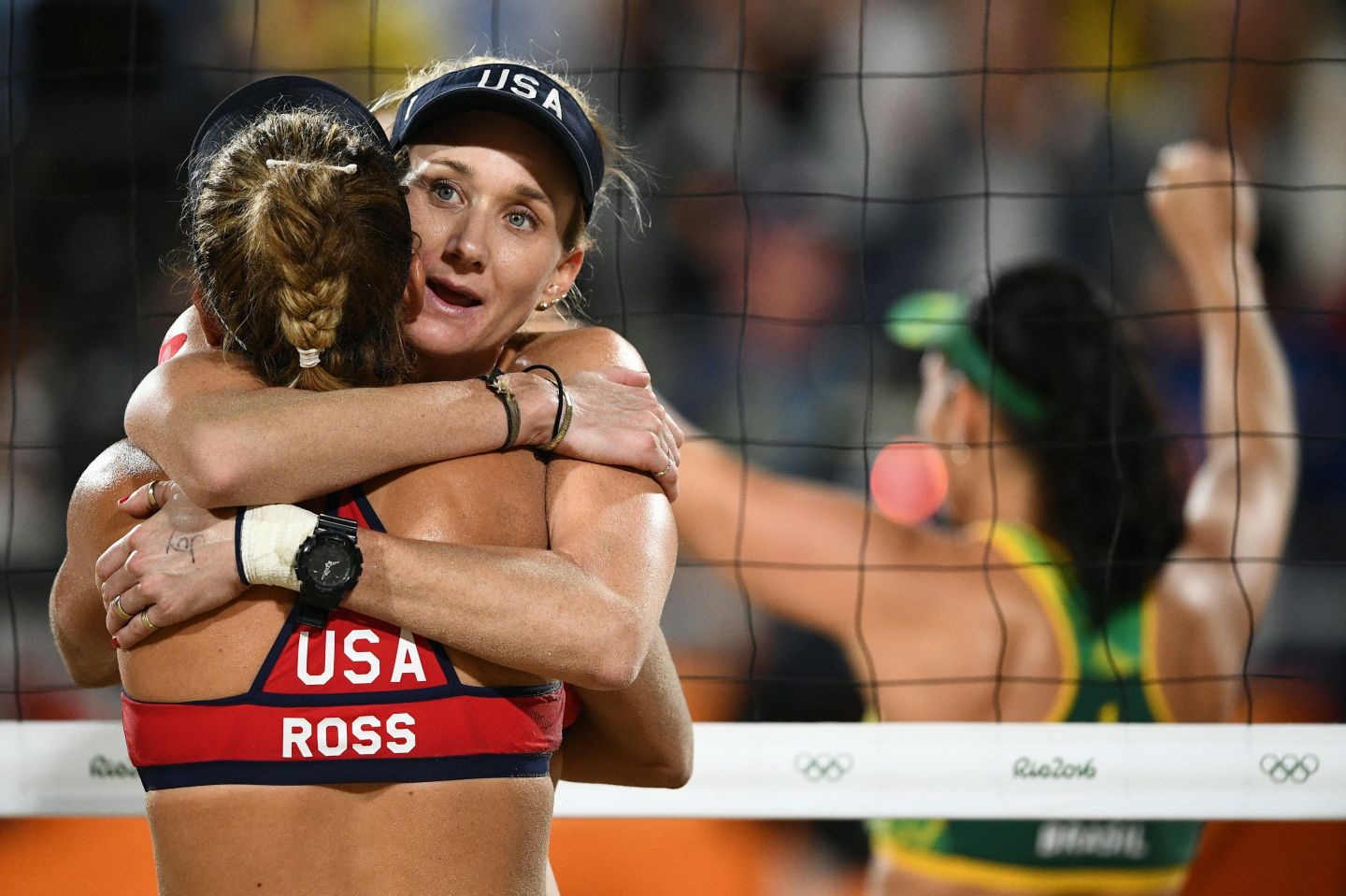 The Americans lost a contentious first set, 22–20, and battled in the second but ultimately fell 21–18.

“We can squash that team,” Walsh Jennings said after the match. “We have in the past. I say that with so much respect for them. They’re very very good. Tonight they rose to the occasion. I certainly did not.”

Walsh Jennings and Ross had not lost a set in Rio, taking down Italy in the round of 16 and Australia in the quarterfinals. They will compete in the bronze-medal match against Brazil’s top-seeded second team of Talita Antunes and Larissa Franca, which was upset by Germany on Tuesday.

Seixas and Bednarczuk will face Laral Ludwig and Kira Walkenhorst of Germany in the final.