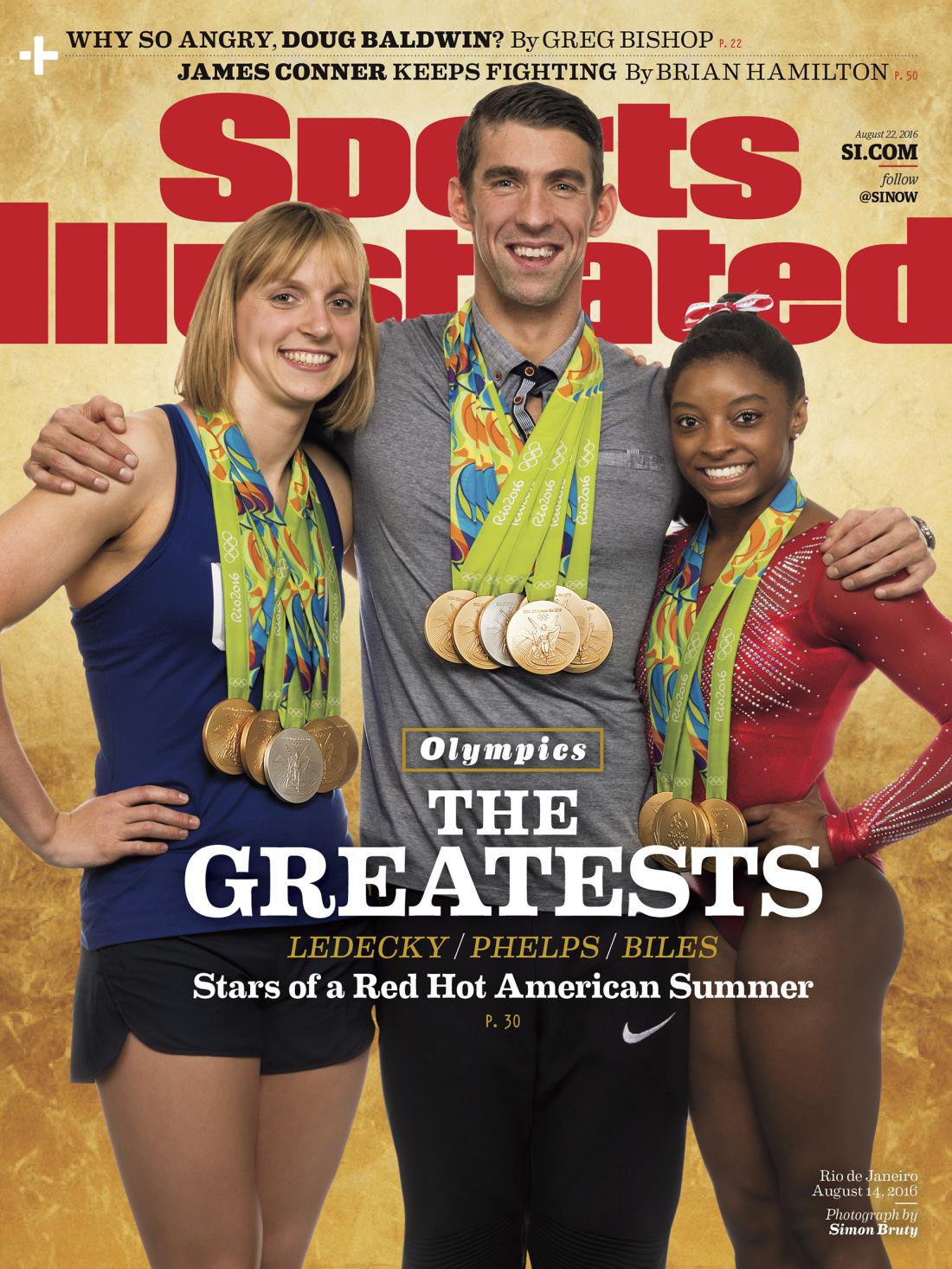 An Olympian’s calendar is no doubt a packed one–but that didn’t stop Michael Phelps, Katie Ledecky, and Simone Biles from taking time out to pose together for Sports Illustrated.

Between them, the three sporting superstars have achieved a total of twelve gold, two silver and one bronze medal in these Games alone. Phelps, the most decorated Olympian in history, has won five gold medals and one silver in Rio (he has 23 gold medals in total), Ledecky achieved four gold and one silver and Biles has won three gold and a bronze.

SI reports that there “was an easy rapport between the three Olympians” and “the three certainly have one thing in common: metallurgy.” Phelps helped arrange the medals around the necks of both Biles and Ledecky–something he has clearly had a lot of experience with.

Phelps is a SI favorite, having appeared on 11 of the magazine’s covers. One of the most memorable shoots he did was in 2005, and involved Phelps posing underwater in his University of Michigan dorm room.