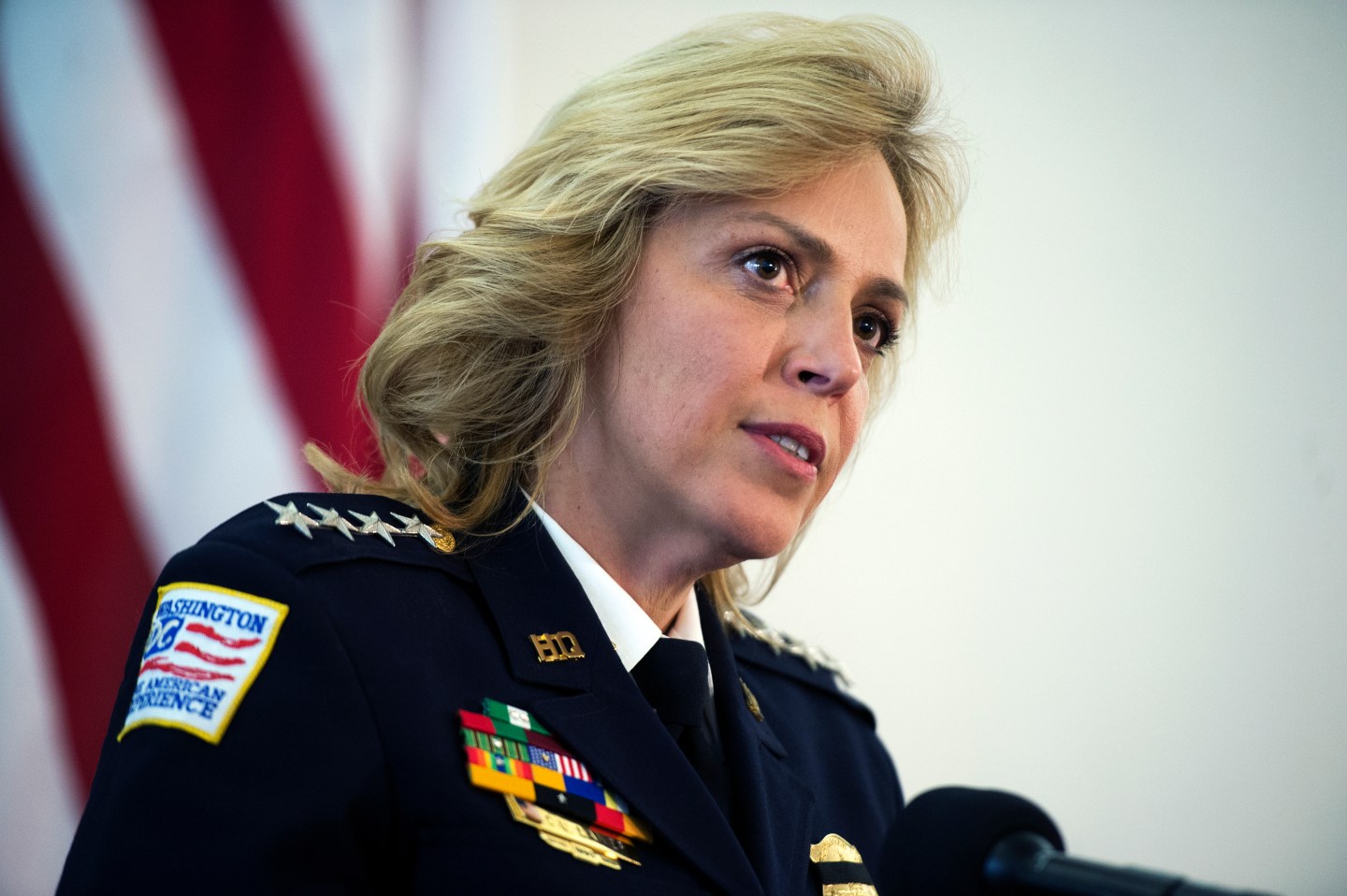 The National Football League, which has been afflicted by legal woes brought on by a raft of embarrassing (and tragic) player incidents, has named Washington D.C. police chief Cathy Lanier as its new senior vice president of security.

Over the past few years, the NFL has been beset by damaging allegations of domestic violence, rape, and even murder by current and former players. And yet league investigators seemed to have spent more time focusing on charges of underinflated footballs.

So the NFL has some trust issues to work on. And some in Washington say there’s no one better to do that than Lanier, who joined the force in 2000 and was named chief by then-mayor Adrian Fenty in 2006, according to current Mayor Murial Bowser, who announced Lanier’s retirement on Tuesday.

That’s a lot of experience, but this is a big job. According to a job description spotted by sports site ProFootballtalk in May, the security chief must work with various NFL committees as well as with “international, federal, state and local entities” including the FBI, Secret Service, and the Department of Homeland Security. Oh, and the security chief must make sure that the Super Bowl, arguably the world’s most-watched single night sporting event, is safe and secure.

As the Washington Post pointed out, Lanier has already had to work with several overlapping enforcement agencies including the aforementioned FBI, the Secret Service, as well as the U.S. Marshals Service, and Metro Transit police—all in her own backyard.

Other than clashes with the police union, Lanier seems to have gotten along with most constituencies.

For more on the NFL, watch:

In a statement, NFL commissioner Roger Goodell, welcomed Lanier into the fold. “Cathy joins us with a well-deserved reputation of being a tremendous communicator, innovator and relationship builder.”

Perhaps Lanier can even mend fences between the commissioner and the New England Patriots’ superstar quarterback Tom Brady, who is sitting out four games because of the deflategate scandal.

Well, probably not. But maybe she can do a better job prioritizing.