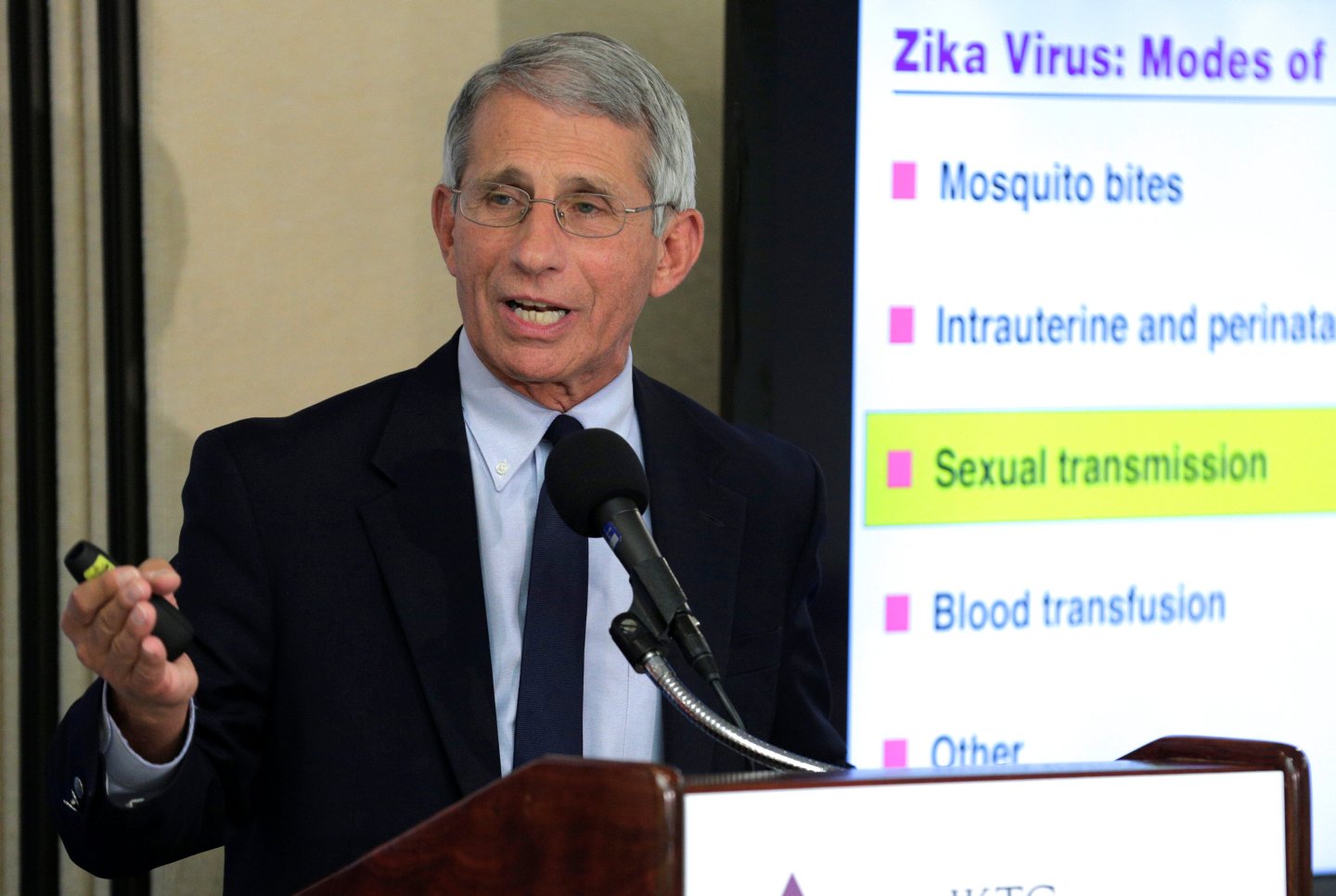 The U.S. Department of Health and Human Services has shifted $81 million in funds from other projects to continue work on developing vaccines to fight Zika in the absence of any funding from U.S. lawmakers.

In a letter addressed to Nancy Pelosi, a Democrat and minority leader of the U.S. House of Representatives, HHS Secretary Sylvia Burwell said she was allocating $34 million in funding to the National Institutes of Health and $47 million to the Biomedical Advanced Research and Development Authority (BARDA) to work on Zika vaccines.

Burwell said the funding was intended to keep Zika vaccine research going despite the lack of funding from U.S. lawmakers, who left for summer recess before allocating any funding to Zika research and preparedness.

See also: A Texas Baby Just Became the First Known Person to Die From Zika in the U.S.

The mosquito-borne Zika virus has spread to more than 50 countries and territories since the outbreak began last year in Brazil. On Thursday, Gov. Rick Scott said state health officials have identified three additional people in the affected area with locally transmitted Zika, bringing the total to 25.

The Obama administration in February requested $1.9 billion to fight Zika, but congressional lawmakers have been considering a much smaller sum. A bill providing $1.1 billion was blocked by Democrats after Republicans attached language to stop abortion-provider Planned Parenthood from using that government funding for healthcare services, mainly in U.S. territories like Puerto Rico.

The Republican legislation also would siphon off unused money under President Barack Obama’s signature 2010 healthcare law to combat Zika. In addition, Democrats balked at a Republican provision that they said would gut clean water protections.

See also: ‘Not Just a Florida Issue’: Rick Scott Calls on Washington to Step Up Against Zika

The new bolus of funds from HHS comes on top of the $589 million in repurposed funds previously allocated for Ebola efforts. HHS has said these funds will run out at the end of August.

At a press briefing in Washington, Dr. Anthony Fauci, director of the National Institute of Allergy and Infectious Diseases, said he needs $33 million to prepare to move the first potential Zika vaccine to the second phase of human clinical trials. The first phase of that testing is expected to end in late November or December.

Fauci said the health secretary has the authority to transfer 1% of NIH’s $33 billion budget per year from one Institute to the other. He said the director of the NIH, Dr. Francis Collins, will decide which existing programs the funds will be drawn from.

“He will probably do it on a prorated basis across the Institutes,” he said.

Fauci said the budget transfer will not fill the longer-term NIH funding needs to fight the virus and to develop a second or third potential vaccine candidate. Drugs frequently fail to realize the promise they show in early trials.

Fauci said the health secretary’s action was essentially one of desperation given the failure of Congress to authorize additional funding.

Taking money from other research programs “is extremely damaging to the biomedical research enterprise,” he said. “We’re taking money away from cancer, diabetes, all those things.”

Dr. LaMar Hasbrouck, executive director of the National Association of County and City Health Officials, said at the briefing that local health authorities are similarly siphoning off money from other programs.

In her letter, Burwell said the $47 million in funding for BARDA will allow the agency to enter into contracts with key partners to develop vaccines. But, she said BARDA will need an estimated $342 million in additional funding to continue its work with outside partners in the development of vaccines, diagnostics and pathogen inactivation technology used to protect the U.S. blood supply.