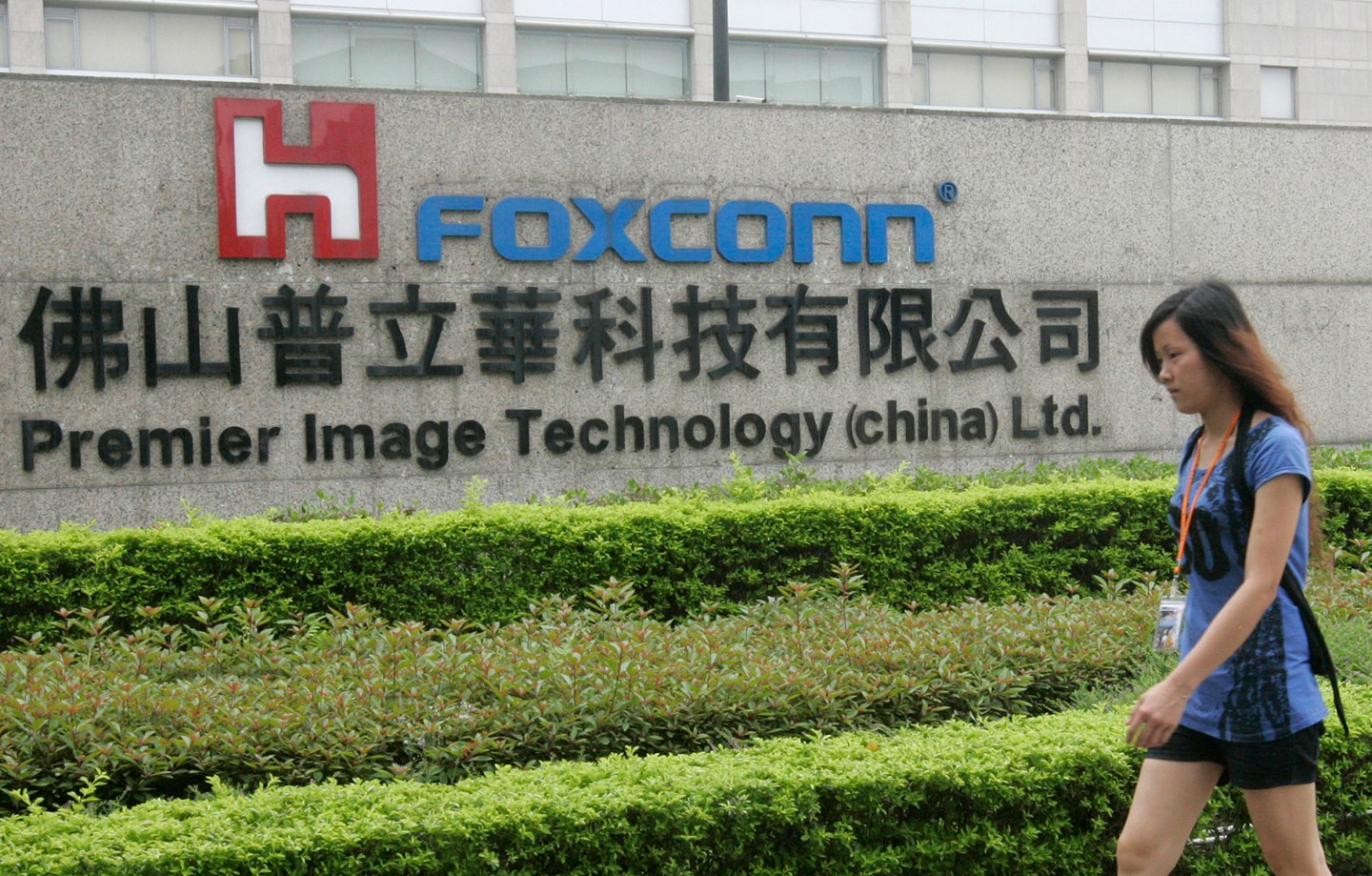 (FILES) This file photo taken on June 17, 2010 shows a Chinese woman walking past a Foxconn factory sign in an industrial district of Foshan City, in southern China's Guangdong province. Taiwanese technology giant Foxconn treats its workers like "machines", a Hong Kong-based labour group said on May 3, 2011 after a survey based on interviews with 120 of the firm's workers in mainland China.
Photograph by STR — AFP/Getty Images

With all necessary regulatory reviews complete, Foxconn (FXCNY) and Sharp (SHCAY) “will now move to complete the transaction in accordance with our agreement as soon as possible,” the Taiwanese company said in a statement.

Foxconn was unable to complete the acquisition in June as planned due to the prolonged Chinese antitrust review, raising fears among investors that the deal might fail and sending Sharp shares briefly below the planned acquisition price of 88 yen.