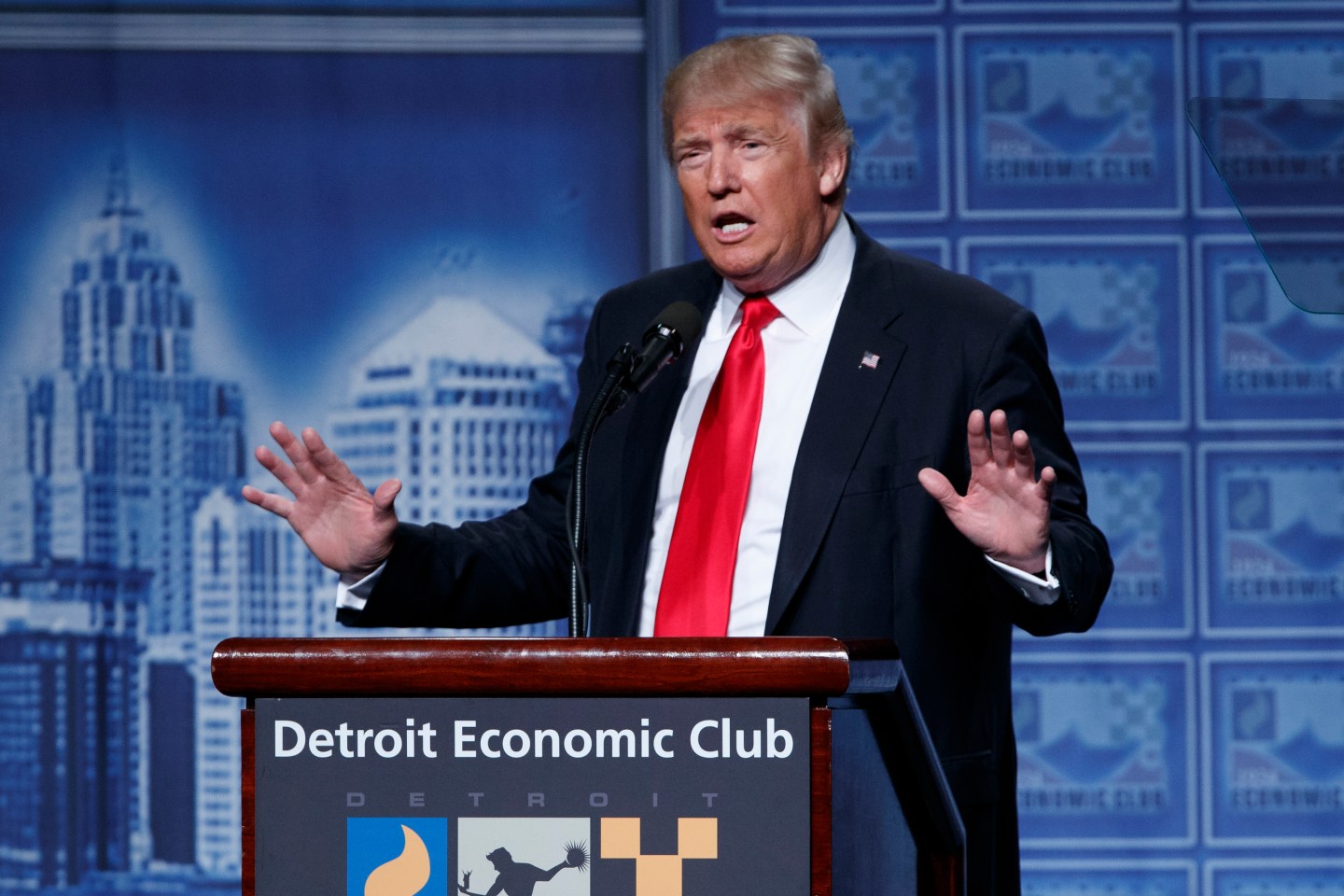 It wasn’t very long ago that Donald Trump vowed he could completely eliminate the American federal debt by the end of his second term as president.

Now, the Republican presidential candidate is doing a complete 180, telling CNBC’s Squawk Box that because interest rates are “so low” that “this is the time to borrow, and to borrow long term, so that we can have money to rebuild our infrastructure.”

Trump demurred when asked just how much debt he was comfortable with taking on, but he argued that ideally the U.S. would borrow even more than the $500 billion in new infrastructure spending he pledged last week. That would only compound the problem Trump already faces in his proposed tax cuts adding to the debt and deficit. Previous analyses of Trump’s tax plan said that it would add $9.5 trillion in debt over 10 years, although the revisions he announced earlier this week would likely bring that figure down.

Trump has also pledged that he will protect entitlement spending like Medicare and Social Security, which are increasingly eating up larger and larger shares of the budget. The Congressional Budget Office estimates that beginning in 2019, the budget deficit as a share of GDP will begin rising rapidly as the result of an aging population that is working less and receiving more in entitlement payments.

Furthermore, standard economic theory says that the window for serious deficit spending may have already closed. Even though the U.S. is growing on average at just around 2% per year, that may actually be above our potential rate of growth because population and productivity growth have declined so much. Further deficit spending when the unemployment rate is at an historically low rate of 4.9% and when we are growing at above potential could crowd out private investment and fuel inflation.

In these sorts of situations, economists advise that taxes be raised to pay for necessary infrastructure, rather than using debt. Another school of thought, however, says that the unemployment rate is deceptively low, and deficit spending is in fact necessary to jolt the labor force out of the sluggishness that beset it after the recession.