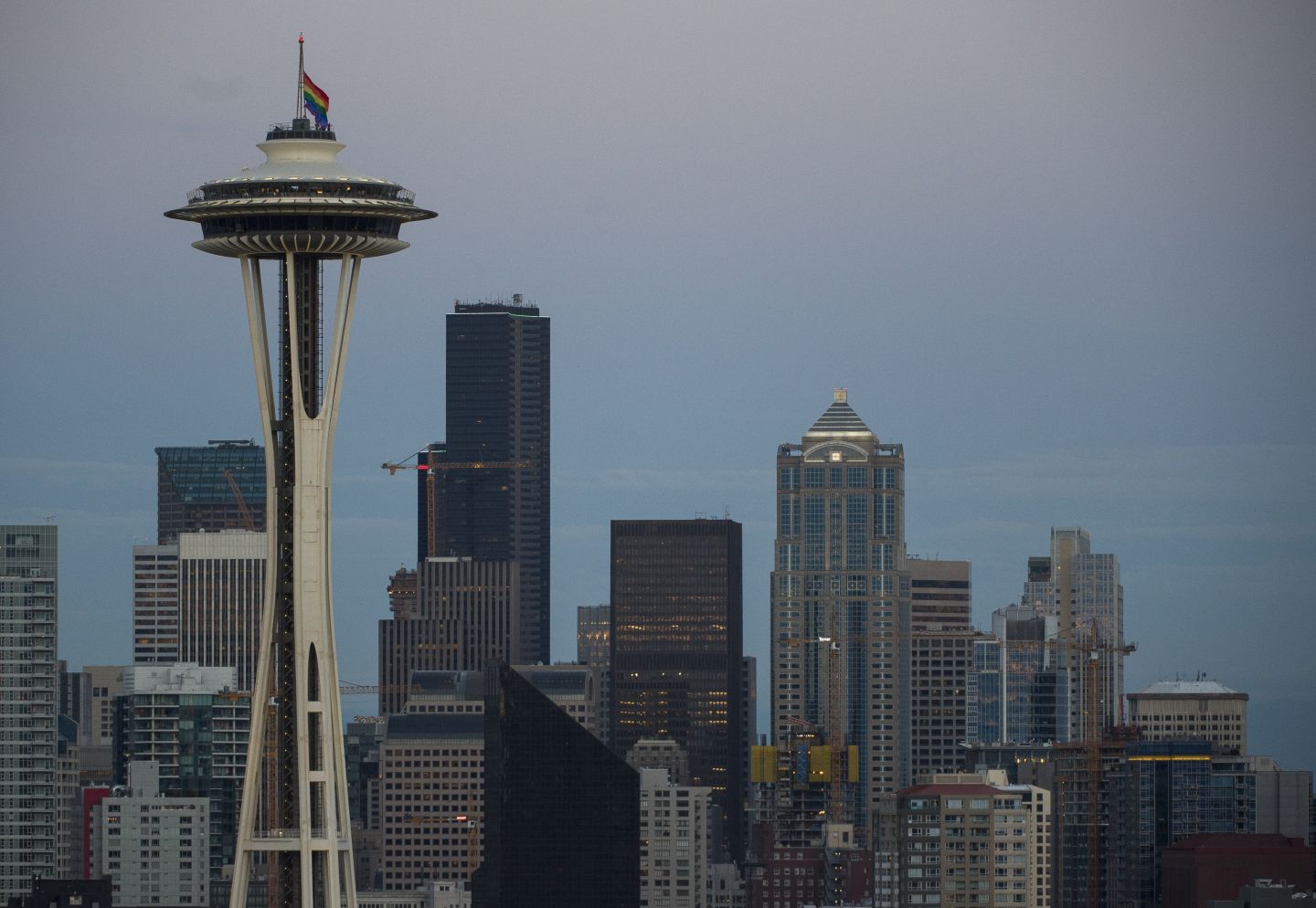 A rainbow flag flies at half mast on the Space Needle in Seattle, Washington on June 12, 2016, in honor of the victims of the nightclub shooting in Orlando.
Photograph by Omar Torres — AFP/Getty Images

A federal judge on Tuesday dismissed a lawsuit against the city of Seattle over a landmark law which allows Uber and Lyft drivers to unionize.

Seattle last year became the first U.S. city to pass a law giving drivers for ride-hailing apps, as well as taxi and for-hire drivers, the right to collectively negotiate on pay and working conditions.

The litigation unfolded amid a national debate over what level of benefits are owed to workers in the so-called “gig economy.”

Uber and Lyft Drivers Can Now Unionize in Seattle

The U.S. Chamber of Commerce, a federation of more than 3 million businesses, filed a lawsuit in March and asked a Seattle federal judge to suspend the ordinance.

In a ruling on Tuesday, U.S. District Judge Robert Lasnik sided with city officials who argued that the lawsuit was filed too early because the ordinance had not yet taken effect, and who said the chamber did not have legal standing to sue because it was not directly impacted.

“Neither of the Chambers’ members has suffered an injury that is traceable to the Ordinance and would be redressed if the Ordinance were declared invalid or enforcement were otherwise enjoined,” Lasnik wrote in an 8-page opinion. “Thus, the Chamber itself has no standing to pursue the claims asserted in this litigation.”

Seattle’s attorney did not immediately respond to a request for comment.

Uber and Lyft Have a Powerful New Enemy in Washington

The chamber argued that Uber is one of its members, so it has standing, and that the city had concrete plans to begin implementation of the law this year so it is not too early.

Seattle has merely “delayed coming to grips with the legal flaws at the heart of this ordinance,” the chamber said in a statement.

“While the judge held that it is too early to decide this case, he made clear at oral argument that he stands ready to hear a challenge to Seattle’s unprecedented ordinance in the future,” it said.

Seattle’s ordinance was approved unanimously by the city council, but opposed by Mayor Ed Murray. The Teamsters union also organized in favor of it.