Watch ‘The Rock’ Check Out His New Under Armour Shoes 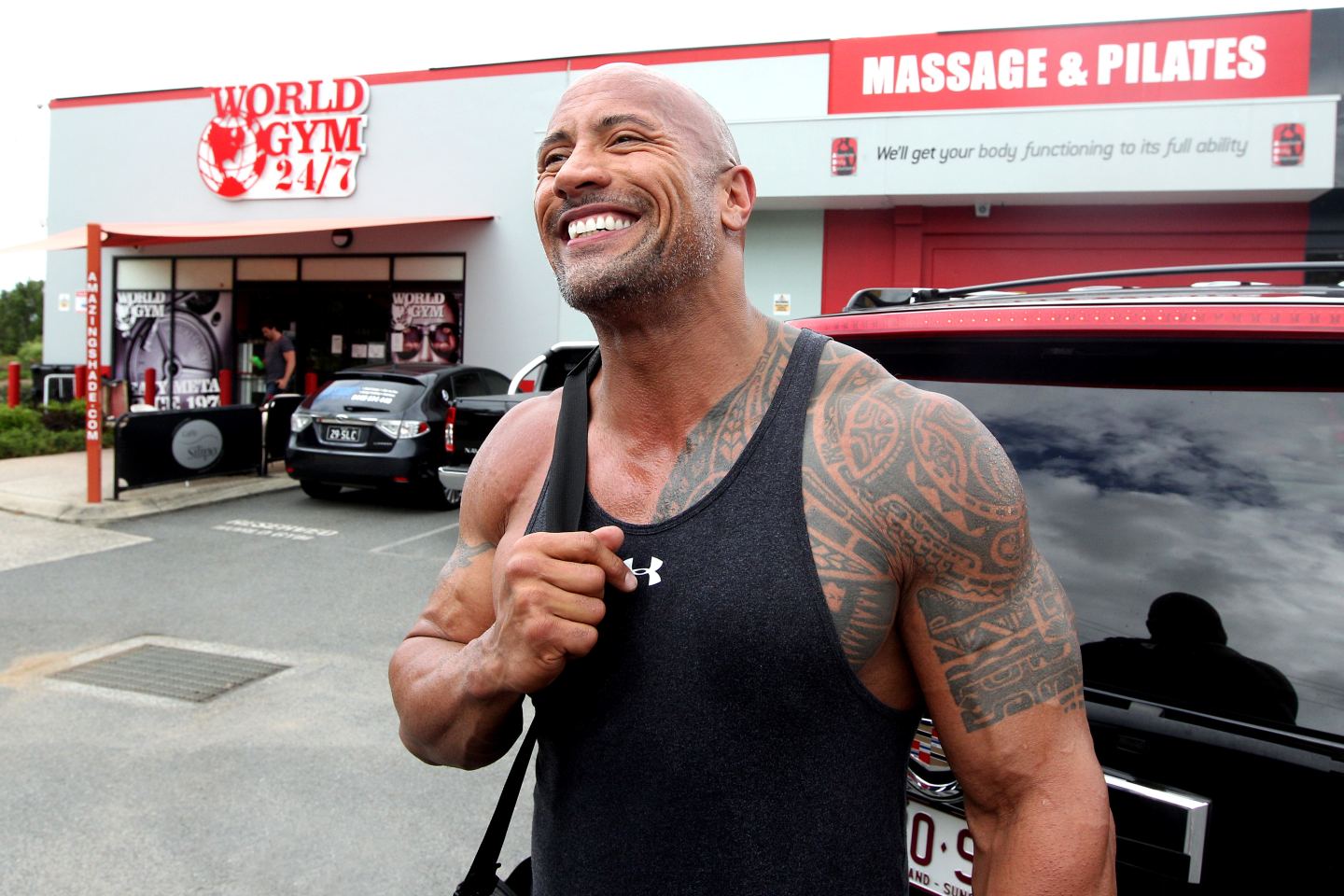 Dwayne Johnson, aka 'The Rock', is seen after a work-out at World Gym, Ashmore on April 14, 2014 on the Gold Coast, Australia.
Photograph by Richard Gosling — Newspix/Getty Images

Can you smell what The Rock is wearing?

The famous “Brahma Bull” arm tattoo worn by Johnson adorns the back of the cross training high tops set to go on sale in early 2017.

Some of the star’s own motivational mottos—”Earn It,” and “Blood, sweat, and respect,”—are embroidered on each shoe’s tongue.

“The first two we give. The last one, we earn,” Johnson told Instagram on Friday. “I have been training in these shoes for a year now, perfecting them. So, by the time you get them at the top of 2017, you just know I put in a year’s worth of sweat equity.”

EXCLUSIVE SNEAK PEAK: It's a good day in footwear. Big s/o to my boy @stephencurry30 for sending me pairs of the new #CurryLux's. Dope color ways in suede and leather. Droppin' Aug 13th! Aaaaand FINALLY.. what the world has been waiting for.. a lil' shoe we'll call #RocksFIYA for now, 'cause you'll chase your greatness in them by the only way we know how.. EARNING IT. Been training in these beasts for a year now so by the time they drop to you at the top of 2017 – you'll know I've given my blood and sweat in them and kept it 💯. And one more thing.. they're slightly aggressive. As alphas are.😉 Blood, sweat and respect. First two we give, last one we earn. #CurryLux #RocksFIYA #GoodDayInFootwear #UnderArmour #BloodSweatAndRespect

Under Armour announced in January it had inked a deal with Johnson dubbed “Project Rock,” with retail sports merchandise designed and inspired by the wrestling and action film star’s training regimen and fitness lifestyle.

“I want to thank my boy, my Under Armour partner, Stephen Curry, for sending me a brand new pair of the yet-to-be released Stephen Curry Lux’s,” Johnson said. “I appreciated these size fifteens brother. They look dope.”

Under Armour was in an intense bidding war with Nike (NKE) last year to sign Curry to a shoe deal. The social media unveil for Armour’s two most famous frontmen comes less than a week after rival Adidas announced a 23% surge in North American sales from the same time last year, and more than a month after industry leader Nike announced disappointing quarterly results.