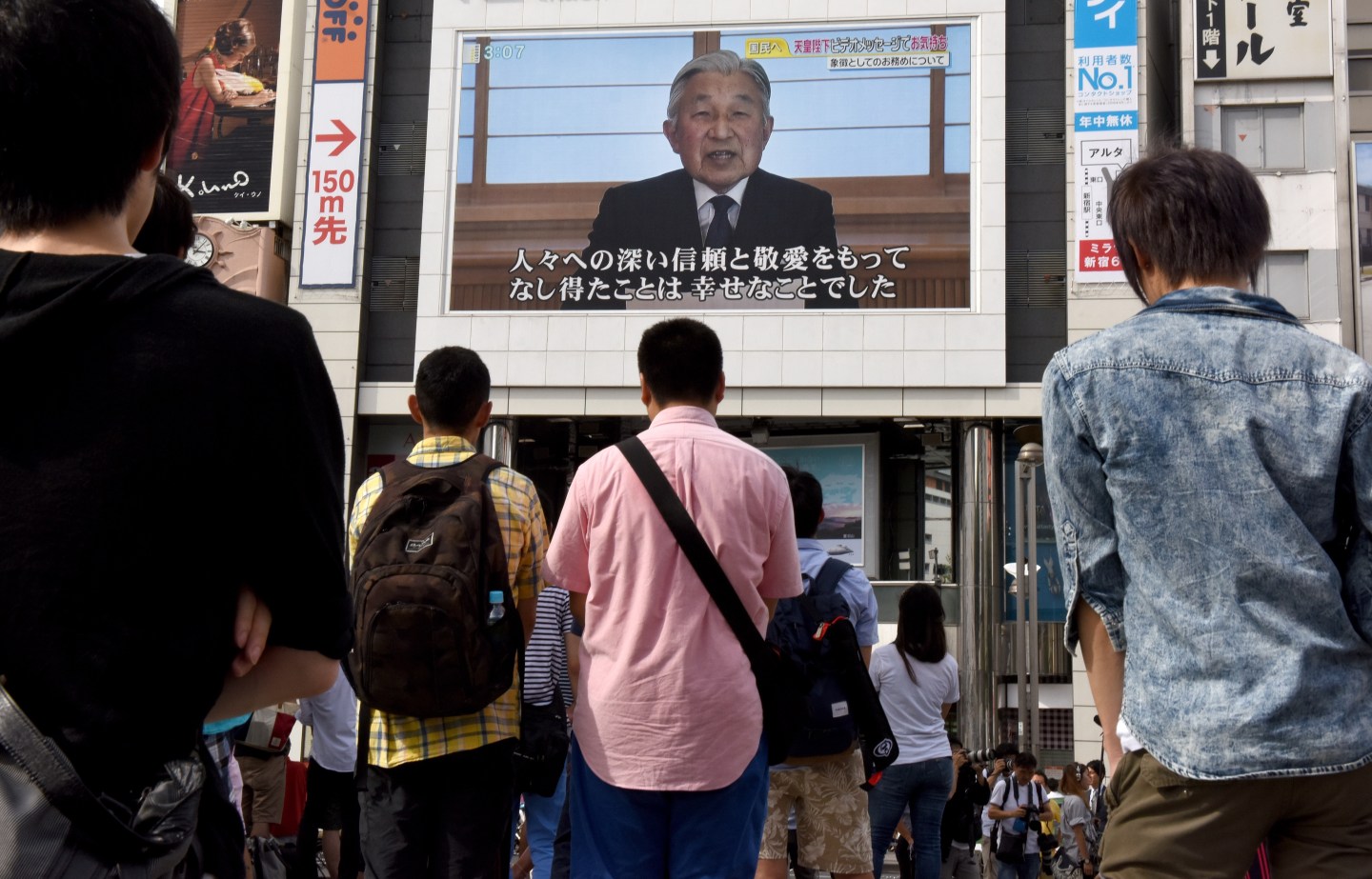 People look at a big video screen on the street as a speech by Japanese Emperor Akihito to the nation is televised in Tokyo on August 8, 2016. Emperor Akihito said on August 8 he is concerned his weakening health may make it hard to fulfil his duties, in a speech seen as signalling a possible future abdication. / AFP / TORU YAMANAKA (Photo credit should read TORU YAMANAKA/AFP/Getty Images)
Toru Yamanaka — AFP/ Getty Images

In a rare public address broadcast today across the nation, Japan’s Emperor Akihito said he was “concerned” about being able to continue his duties.

It was the 82-year-old emperor’s second-ever televised address, according to the BBC.

“When I consider my age of over 80, as well as my gradually deteriorating physical condition, despite being luckily healthy at this moment, I am concerned about being able to fulfill my duties as a symbol with the utmost efforts, as I have done so far,” Akihito said in a 10-minute pre-recorded speech, according to a translation by The Associated Press.

While the emperor did not explicitly discuss abdication, “it may be the closest he could come to saying he wants to step down,” the AP reported, “given restrictions on what he can say as a symbolic monarch with no political power.”

Akihito’s desire to retire “has been something of an open secret in Japan,” The New York Times reported.

Under current law, an emperor is not allowed to step down before he dies. But Prime Minister Shinzo Abe told local media afterward that his administration would carefully deliberate Akihito’s remarks.

“I would like to take seriously the fact that the emperor addressed the nation,” Abe said, according to The Japan Times.

“Given the age of the emperor and the burden of his duties, I believe we need to think what grievance it causes him and what we can do.”