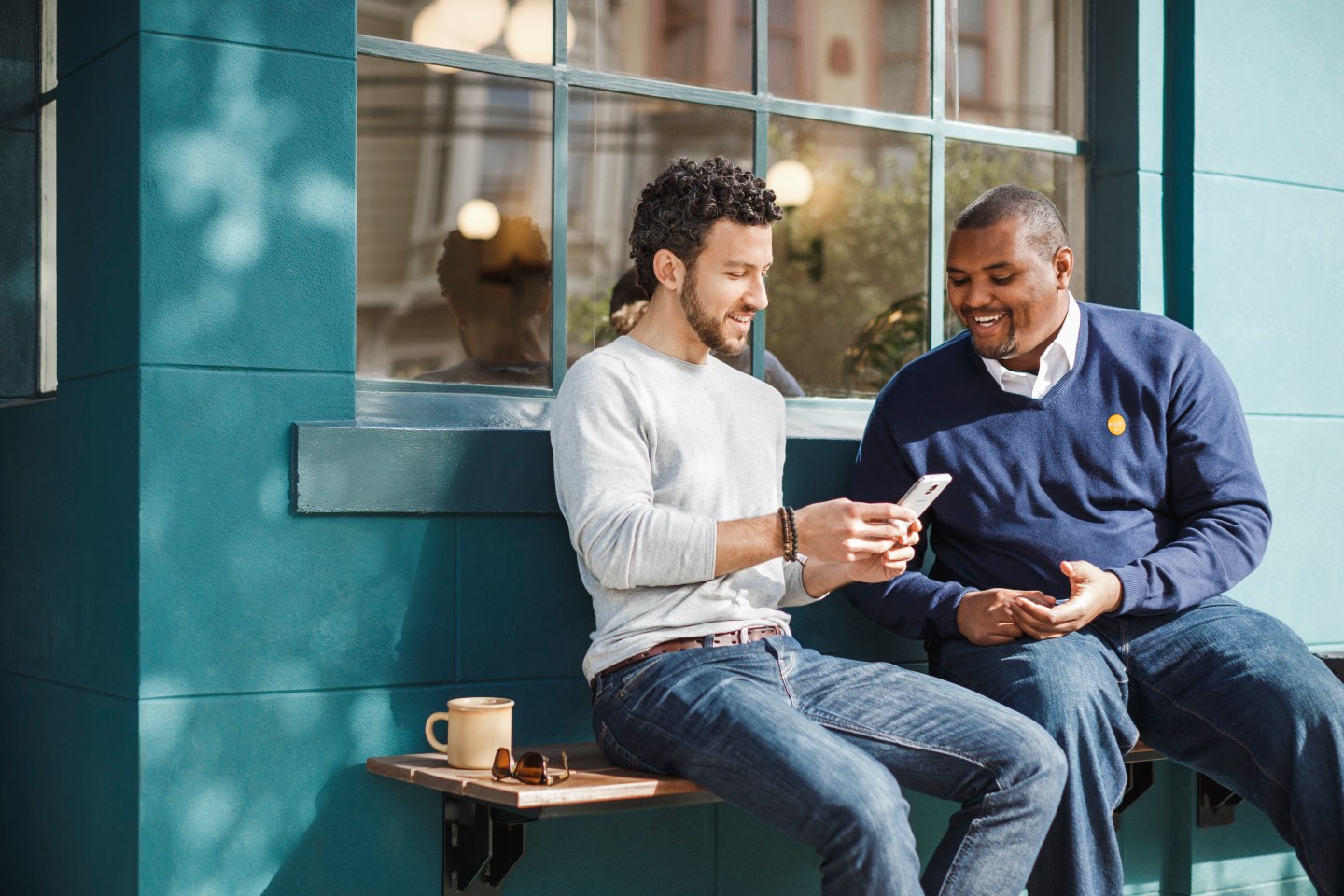 AT&T is expanding its relationship with Enjoy, a service that hand-delivers new phones and helps customers set them up.

Through the service, an AT&T (T) customer can order a new phone and designate a time and place the same day where they want to receive it—whether at home, at work, or even in a coffee shop—at no extra charge. Then, one of Enjoy’s phone experts meets with the customer and sets up the phone.

The service is similar to Sprint’s “Direct 2 You” program, which the carrier (S) started in April 2015, with similar features. But Sprint’s service, which it runs in-house, is already available in about 30 cities—including all eight cities where AT&T and Enjoy are available plus other major metro areas, such as Boston, Denver, and Seattle.

Johnson started Enjoy in 2014 with backing from venture capital firms Kleiner Perkins Caufield & Byers and Andreessen Horowitz. The company offers delivery and set up of many other products beyond AT&T phones from its web site, including GoPro cameras, Sonos wireless speakers, and Phantom drones.

Though operating in only a handful of cities, Enjoy appears to be off to a positive start. In March, Johnson said visits per week were up ten-fold over the prior year, and 97% of customers who gave feedback rated the service with five stars.

Johnson, who helped establish the very first Apple (AAPL) stores with Steve Jobs, left Apple in 2011 to become CEO at J.C. Penney (JCP). But his tenure at the department store chain lasted less than two years as his plan to eliminate most special offers and sales in favor of low everyday prices failed to entice customers and sales plunged.