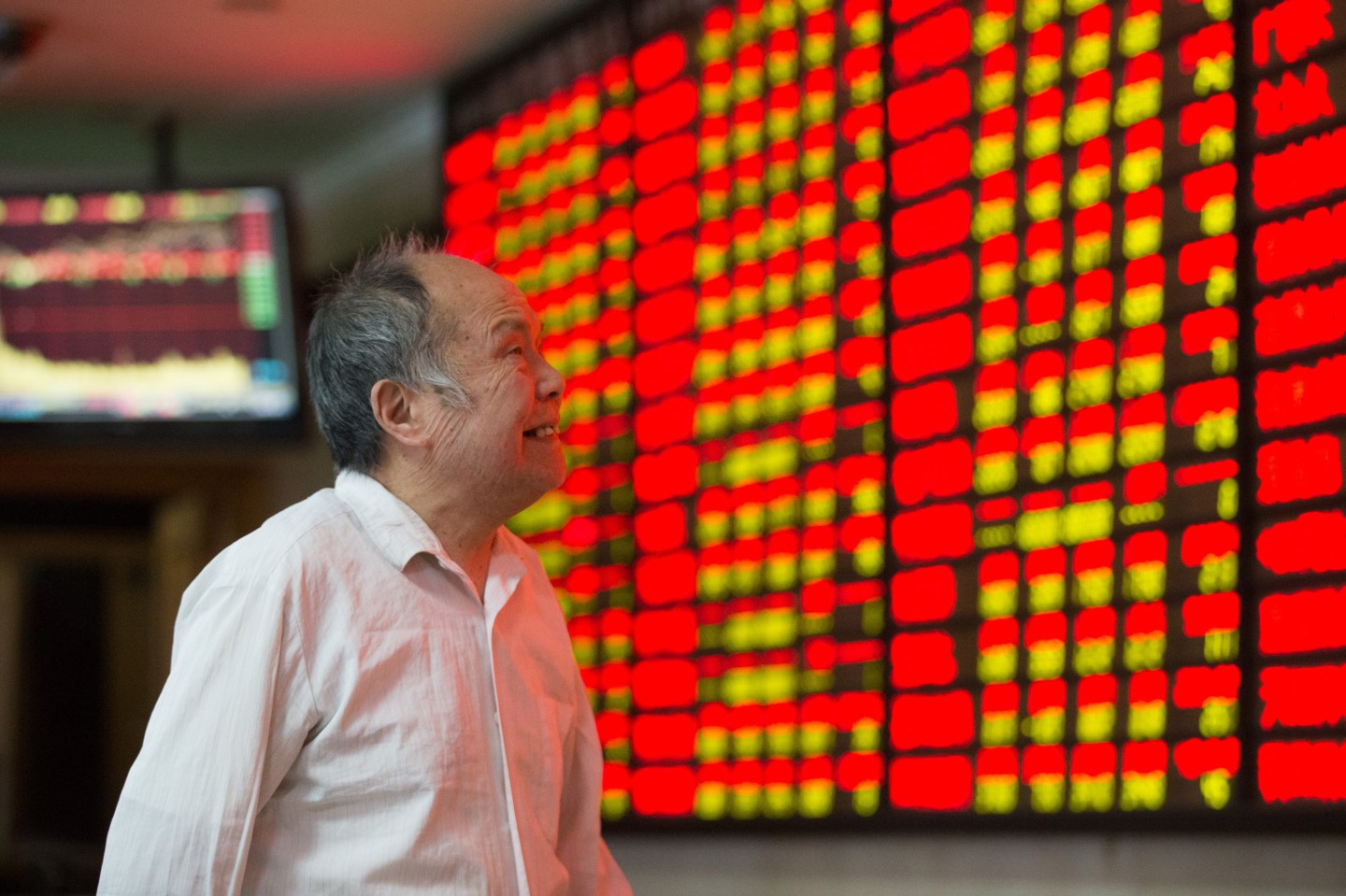 NANJING, CHINA - OCTOBER 20: (CHINA OUT) An investor observes stock market at a stock exchange hall on October 20, 2015 in Nanjing, Jiangsu Province of China. The CSI300 index of the largest listed companies in Shanghai and Shenzhen rose 1.2 percent, to 3,577.70, while the Shanghai Composite Index gained 1.1 percent, to 3,425.33 points. (Photo by VCG/VCG via Getty Images)
VCG via Getty Images

Asian stocks rose to one-year highs and the Australian dollar climbed on Monday as investors’ hunt for yield gathered momentum against a backdrop of a recovering U.S. economy and ultra-easy global monetary policy conditions.

While the strong July U.S. payrolls data raised hopes the world’s biggest economy may have conclusively turned a corner after some volatile readings this year, markets expect the Federal Reserve will only hike in 2017 given that other countries are still cutting rates.

MSCI’s broadest index of Asia-Pacific shares outside Japan rose 0.7% and hit its highest level since August 11 last year. It is up 12% in six weeks.

“The general sentiment among investors in emerging markets is to make hay while the sun shines even though this rally is starting to look a bit dangerous,” said Cliff Tan, East Asian head of global markets research at Bank of Tokyo- Mitsubishi UFJ based in Hong Kong, referring to stretched valuations.

The U.S. Department of Labor said July non-farm payrolls rose by 255,000 and revised the June increase upward to 292,000. Economists polled by Reuters had forecast July payrolls would increase by 180,000.

Norihiro Fujito, senior investment strategist at Mitsubishi UFJ Morgan Stanley Securities, said equities reacted positively to the jobs report which shed a positive light on the U.S. economy while prospects of a near-term rate hike by the Federal Reserve – generally seen as a negative for riskier assets – remained subdued.

“The Fed funds rate futures are still only pricing in about a 26% chance a U.S. rate hike in September and October, and about a 46% chance for December. This shows investors don’t really expect the Fed to hike rates until December,” Fujito said.

The strong U.S. jobs report was a rare bright spot of data in the global economic landscape, with Australia’s central bank and the Bank of England cutting interest rates last week and New Zealand set to follow in coming days.

Along with a presidential election campaign, the global easing by central banks will cap the ability of the Fed to move on interest rates in the coming months, said Rick Rieder, chief investment officer of global fixed income at Blackrock.

The hunt for yield saw safe-haven government debt prices taking it on the chin. Ten-year Japanese bond futures tanked and even 10-year Australian bond yields, a target for yield-happy investors, firmed to 1.97%.

The dollar index, which tracks the greenback against a basket of six major rivals, softened to 96.169, not far from a one-week high of 96.522 hit on Friday after the jobs report.

Despite a cut in interest rates last week, the Aussie was among best performing currency in Asia as its relatively higher interest rate offer and AAA credit ratings strengthened its appeal. It was up 0.01% at 0.7613.