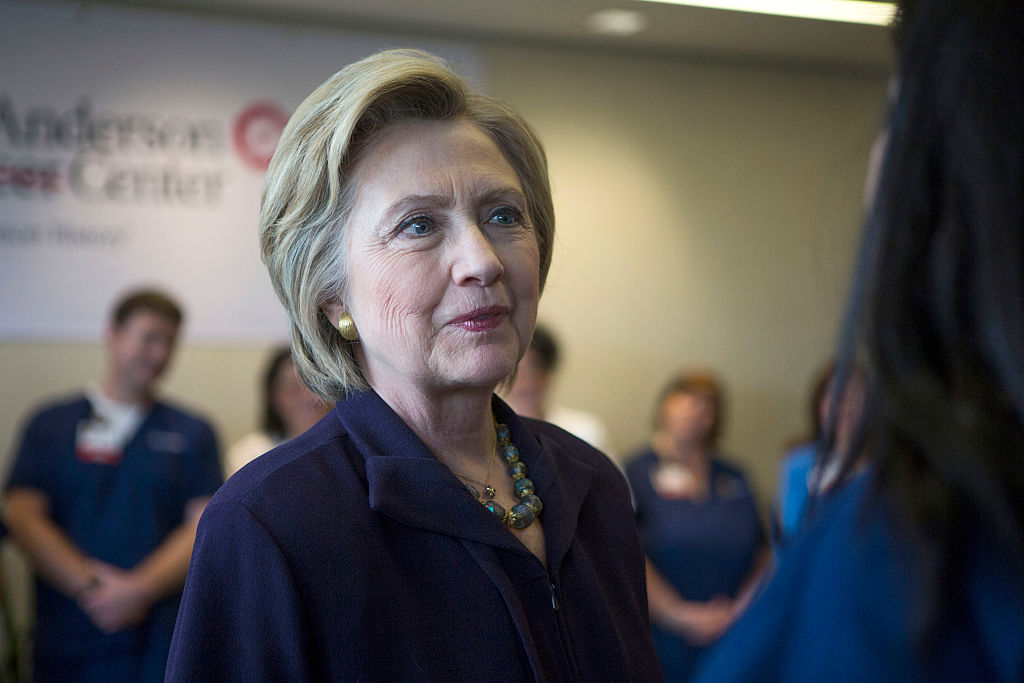 Allan Chernoff, CEO of Chernoff Communications, is a speechwriter, presentation coach and media advisor. He is a former senior correspondent for CNBC and CNN.

There was one thing missing from Hillary Clinton’s speech to the Democratic National Convention, one thing she has failed to deliver to the American public that explains why she’s entangled in a tough battle against a Republican candidate who so clearly lacks her qualifications for the highest elected office in the nation. It’s her failure to address the trustworthiness issue, the biggest obstacle between her and the presidency.

Hillary Clinton has a trust deficit. Polls conducted just prior to the convention showed that a majority, about two-thirds of Americans, find her to be untrustworthy. The revelation of Clinton’s unauthorized use of a private e-mail server for sensitive government business while secretary of state and her response to the issue has been particularly damaging. So have the findings that eight of the e-mails she turned over to the Justice Department in the course of its investigation of the matter were classified “top secret,” with Federal Bureau of Investigation Director James Comey criticizing her handling of highly classified information as “extremely careless.”

Clinton’s actions were not criminal, but at each point in this scandal, she could have limited the damage with a genuine, sincere apology for having violated government protocol. But her belated, reluctant admission that “I made a mistake,” followed by her insistence that “it was allowed,” combined with her defensive body language, essentially nullified any sense of contrition, leaving the impression that she believes the rules don’t apply to her.

True, many Republicans will never warm up to Clinton, no matter what she says. But the fact is, Americans are a forgiving people. When done properly, apologies, followed by actions to make amends, are effective in politics – even convicted felons have been re-elected to public office – as they are in the corporate world.

There were no fatalities as a result of Secretary Clinton’s use of a private e-mail server, but two of the greatest corporate crises in recent history, which did involve multiple deaths, demonstrate the power of prompt, meaningful apologies.

Johnson & Johnson’s James Burke set the standard during the Tylenol poisoning crisis in 1982 for quickly acknowledging the problem, taking corrective action and apologizing. More recently, General Motor’s Marry Barra upheld her company’s image and business by sincerely apologizing for faulty ignitions that had caused fatal accidents, fully investigating the matter, swiftly instituting reforms in GM’s manufacturing and management, compensating victims’ families, and reaching out to GM customers. (Full disclosure: I served as one of Barra’s advisors during the crisis).

Those infractions were more serious, but Clinton needs to take a page from Mary Barra’s playbook because one of Clinton’s great failings is that she doesn’t know how to properly apologize. An early admission of error, displaying true contrition, would have gone a long way to improving perception of her trustworthiness. As soon as the e-mail story broke months ago, Clinton should have acknowledged fault, expressed true regret, and given a genuine apology.

The problem is, Clinton gets defensive, very defensive in her language and body language when she is asked about the e-mail issue or, for that matter, any serious criticism. She stiffens, gives a penetrating glare, and speaks with a tone that says, “I am right,” no matter what words come from her mouth. This has been a gift to Donald Trump.

Trump, himself, owes apologies to numerous segments of American society, ethnic and religious groups he has insulted, including Mexican-Americans, immigrants, and Muslim-Americans. But Trump appears incapable of sincere apology, as his criticism of Khizr and Ghazala Khan, parents of an Army captain killed while serving in Iraq, is demonstrating. It has cost him in the polls and will very likely contribute to him losing in November. But Clinton is still in a fight for the presidency.

CBS News’ Scott Pelley, in a recent interview, asked Clinton about her honesty. When she responded, “I have been as straightforward as I could be. I haven’t always been perfect, but I don’t know anyone who is.” Pelley followed, “Critics will say, ‘see, she didn’t say I will never tell a lie.’” Clinton responded, “You’ve done this to me before, Scott,” then proceeded to complain about being the victim of mean-spirited attacks.

Clinton needs to stop singing the same old song, because playing the victim does not work for a woman who has been First Lady, a U.S. Senator, Secretary of State and is very close to becoming the nation’s first female president. By dint of her historic accomplishments, Clinton simply does not qualify as a sympathetic character, and she needs to comprehend this fact. It’s way past time for her to swallow her hubris. So, as harsh as the criticism may be – and much of it comes with the territory – she should not personalize it.

Tony Hayward, the former CEO of BP, made that mistake during the Deep Horizon oil spill disaster. As he was trying to apologize, Hayward momentarily made it all about himself, blurting out, “I’d like my life back.” Here’s the full transcript from that interview segment: “We’re sorry. We’re sorry for a massive disruption it’s caused to their lives. I mean, we’re. There’s no one who wants this over more than I. You know, I’d like my life back.” Hayward went off script as he was trying to force an apology out of his mouth, and made the issue all about himself, a mistake that sealed his downfall as BP’s leader.

If an apology is sincere, delivered in an empathetic manner, more often than not, it will be accepted. Most Americans want to believe and trust in people. But leaders have to give the public reason to do so. And, that’s the one thing Clinton, for all her accomplishments, policy expertise and tireless work, has yet to deliver for voters.