Why Some Catholics Love Donald Trump 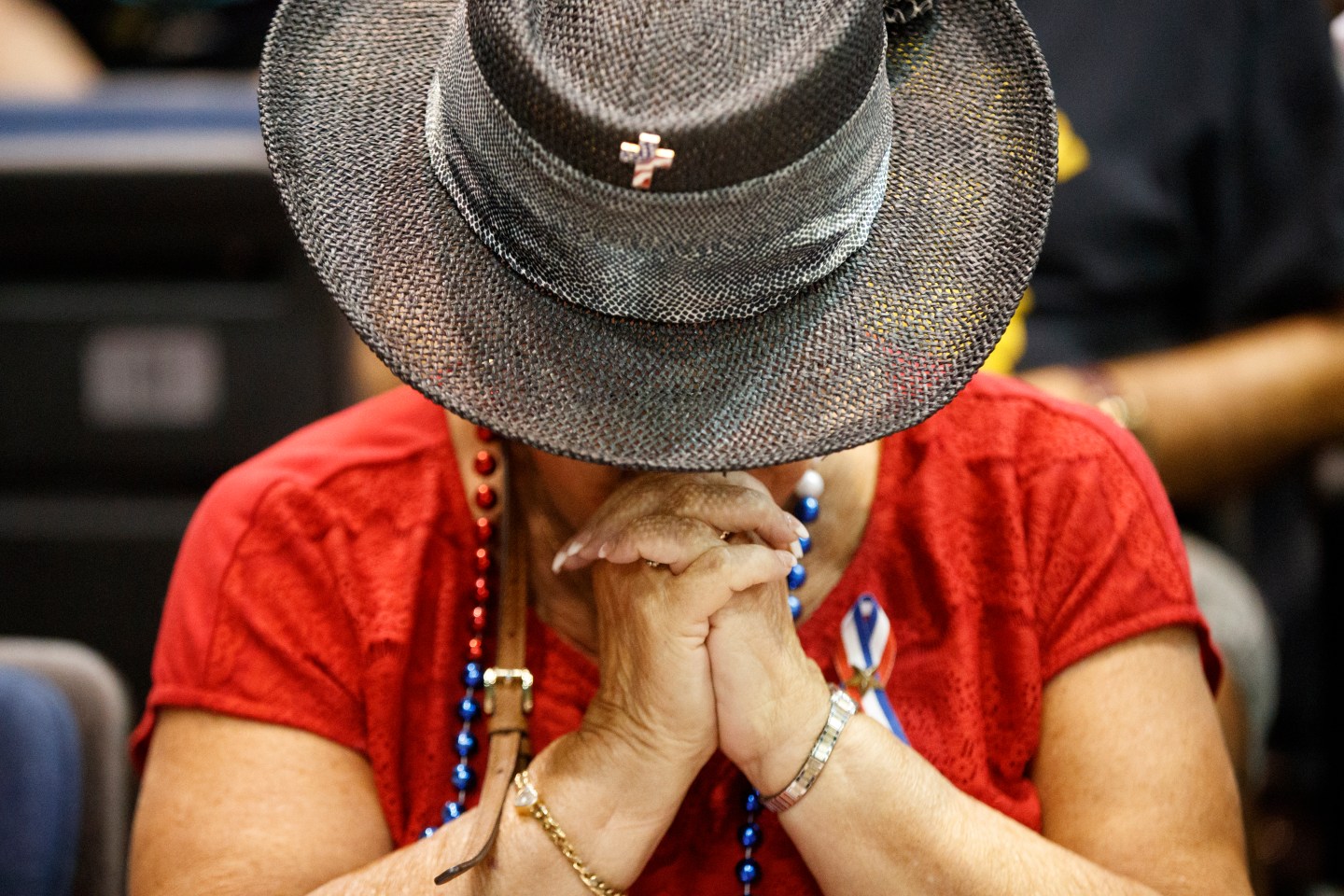 Mathew N. Schmalz is associate professor of religious studies at the College of the Holy Cross and author of Mercy Matters: Opening Yourself to the Life-Changing Gift.

But if religious identity isn’t monolithic, then neither is political support. The reasons why people support a particular candidate can and do vary. And there are reasons why American Catholics might support either Trump or Clinton that relate specifically to Catholic experiences and concerns.

Obviously, one crucial dynamic in this presidential year is that one candidate remains absolutely unpalatable to a particular subsection of Catholic voters: Donald Trump’s nativism and appeals to incipient racism are obviously deal breakers for some Catholic voters, as is Clinton’s support for abortion rights for another group of Catholics.

Much has been made of white, working-class resentment in Trump’s appeal. And while the American Catholic community has become increasingly Hispanic, it is still predominately white. There’s a sense among many non-college-educated, white, Catholic voters that they are doubly marginalized—by their economic status and by their religious identity.

Catholics have assimilated to American society, but all Catholics carry with them strong, generational memories of exclusion from the affluent and predominantly Protestant sectors of American society. So when Trump trolls elite sensibilities in his speeches and tweets, some Catholics applaud because they understand “political correctness” as referring to points of view that malign them as rednecks, rubes, and racists.

Trump also appeals to authoritarian strands of Catholic thought and practice, and not just the exclusionary, anti-democratic kind—but to an authoritarianism that promises action, along with a renewed sense of national purpose. While authoritarian Catholicism has made its greatest political impact in Latin America and Europe, there’s no reason why some American Catholics wouldn’t support it, too. And since American Catholics have long compensated for their marginalization by becoming hyper-nationalistic, Catholics suspicious of Trump’s authoritarian streak might still respond positively to his nationalist appeals. Economic protectionism, too, has a powerful logic in its vision of community and as a counterpoint to the often-heartless actions of the free market. Some Catholics would join with Evangelical Christians to support Trump just because of the Supreme Court nominations he promises to make—even though they would admit that the Republican nominee is hardly a credible standard bearer for any authentically religious value.

Catholics who support Clinton obviously consider themselves polar opposites to Catholics supporting Trump, but they still would draw upon Catholic concerns, albeit of a different variety. Liberal Catholics would be drawn most strongly to Clinton’s support for universal health care—a commitment that is clearly congruent with broad themes in Catholic social teaching. Clinton’s sensitivity to racial and gender diversity is also appealing to Catholics who embrace the growing diversity not just of American Catholicism, but of American society itself. There is also a sense among many Catholic Democrats that Clinton’s struggles to break through the glass ceiling resonate with the experiences and aspirations of Catholic women who have been trying to break through glass ceilings that are both social and religious in their construction.

Clinton has also spoken about her own religious identity as a Methodist, so there do seem to be authentically religious concerns that animate her politics, even though many would still raise questions about her personal conduct, from involvement in Whitewater and Travelgate to the use of a personal server for State Department emails.

Finally, Clinton’s choice of Tim Kaine as a running mate reflects at least a gesture to the political middle. While Catholic Democrats who oppose abortion are still not well-represented in party leadership, Senator Kaine’s position on abortion—personally against it but unwilling to legislate a woman’s choice—does seem to reflect where most Catholics find themselves on this most difficult issue, often to the chagrin of church leaders.

In the coming months, talk will surely intensify about the need for a third party that might draw together Catholics from both the left and the right. Such a party might indeed chart out a renewed Catholic political distinctiveness. But in spite of the fact that 2016 marks the Extraordinary Holy Year of Mercy, American Catholics will need to show much more mercy to one another if they’re ever to overcome their ideological differences to constitute themselves as a monolithic voting block—one that could support a genuine alternative to the Republican and Democratic parties as currently constituted. But in casting their votes in this election year, American Catholics will adapt and compromise, without forgetting the issues and concerns that shape their religious identity.