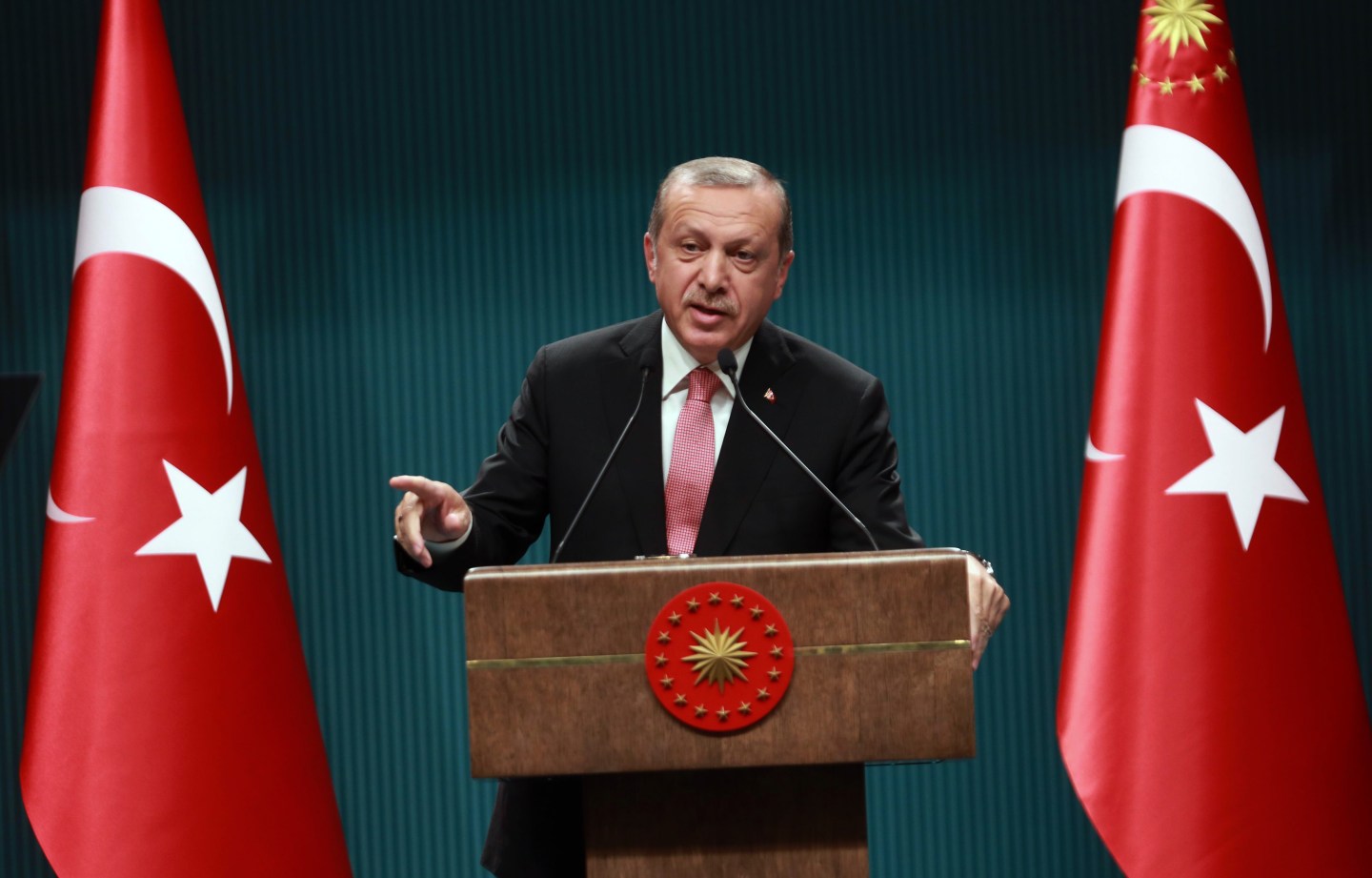 Turkey’s failed coup and President Tayyip Erdogan’s subsequent purges of state institutions are reminiscent of the Reichstag fire in Nazi Germany and its use by Hitler to amass greater power, the head of Austria’s far-right Freedom Party said.

The blaze in the German parliament building in 1933 was portrayed by the Nazis as a Communist plot against the government, and they used it to justify curtailing civil liberties, consolidating Adolf Hitler’s grip on Germany.

Austria’s Freedom Party (FPO) leader Heinz-Christian Strache said he saw parallels in Erdogan’s use of the July 15 coup by a faction within the Turkish armed forces to crack down on his opponents in the army, civil service, academia and the media.

“One almost had the impression that it was a guided putsch aimed in the end at making a presidential dictatorship by Erdogan possible,” Strache told the daily Die Presse in an interview published on Saturday.

“Dramatically, we have experienced such mechanisms elsewhere before, such as with the Reichstag fire, in the wake of which total power was seized,” Strache said.

“And now, too, one has the impression that a bit of steering occurred,” he added.

Erdogan has angrily rejected suggestions that he or the government might have been behind the coup, which he has blamed on the followers of a U.S.-based Muslim cleric. Erdogan narrowly avoided capture and possible death on the night of the putsch.

Kern’s centrist coalition government is under pressure from Strache’s resurgent FPO, which is currently leading in opinion polls. Its candidate narrowly lost a presidential election in May but has another chance in a re-run set for Oct. 2 following irregularities in the count.

Germany rejected Kern’s suggestion on Turkey, but Chancellor Angela Merkel, Europe’s most powerful leader, and other EU politicians have expressed concern over the scale and speed of the mass purges in Turkey.

Erdogan and many Turks accuse the West of focusing more on the rights of the coup plotters and their suspected supporters than on the putsch itself, in which more than 230 people were killed as rogue soldiers bombed parliament and seized bridges with tanks and helicopters.

In a tweet on Saturday responding to Kern’s comments, a veteran lawmaker from Turkey’s ruling AK Party, Burhan Kuzu, wrote a Turkish abbreviation widely taken to mean “Fuck off foreigner”, adding: “The European Union is collapsing. NATO is nothing without Turkey.”

It was retweeted hundreds of times within a few hours.

The Turkish authorities blame Islamic preacher Fethullah Gulen and his followers in Turkey for the coup attempt. Ankara has demanded the extradition of Gulen from the United States, where he has lived in self-imposed exile since 1999.

Gulen has denounced the coup attempt and denies any involvement.