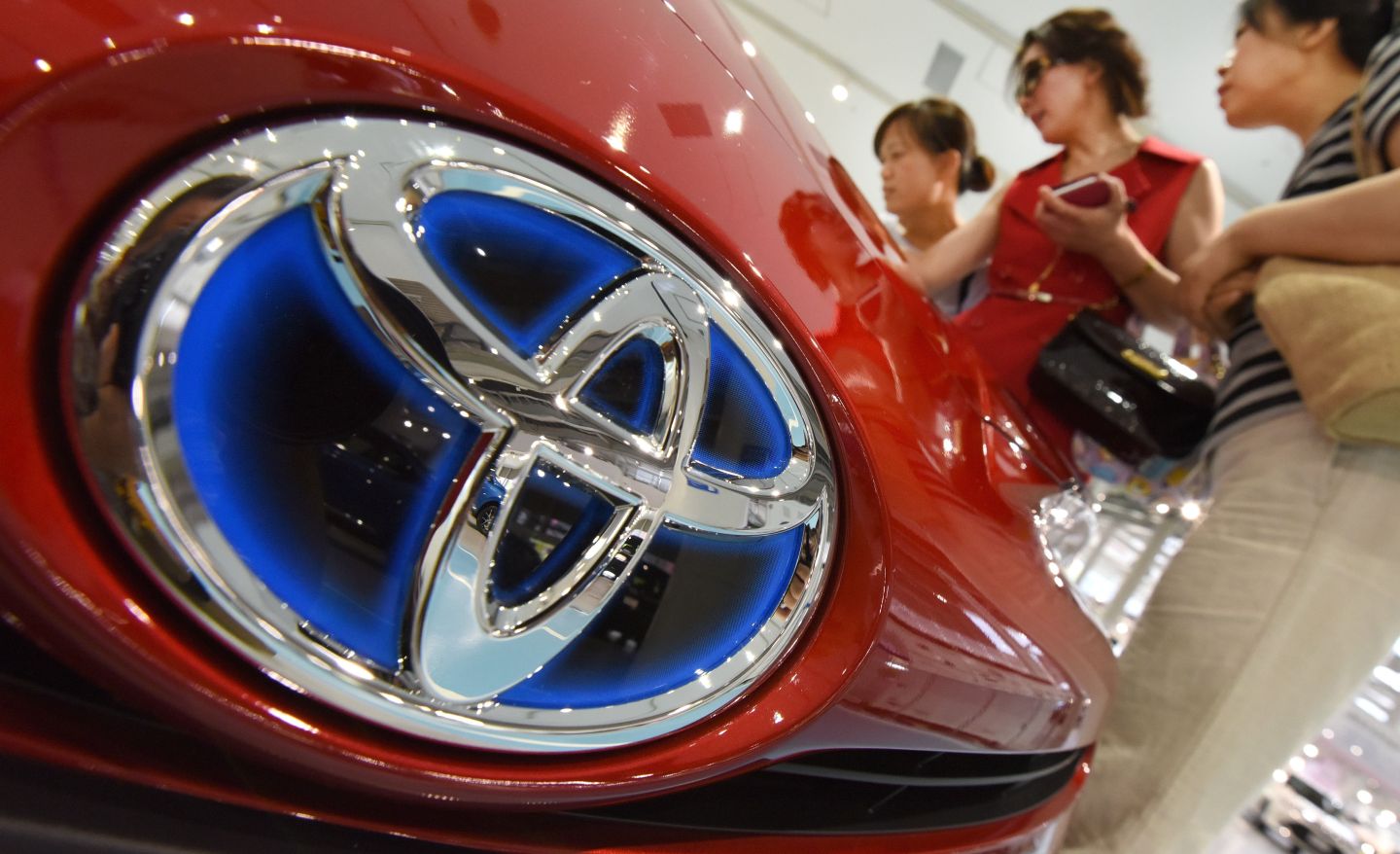 People look at a vehicle at a showroom of Japan's auto giant Toyota Motor in Tokyo on August 4, 2016. Toyota on August 4 said its April-June net profit tumbled nearly 15 percent from a year ago as a sharp rally in the yen dented its bottom line. / AFP / TORU YAMANAKA (Photo credit should read TORU YAMANAKA/AFP/Getty Images)
TORU YAMANAKA/ AFP/ Getty Images

Toyota Motor (TM) cut its full-year forecast for operating profit, expecting it to fall 44% from a year ago as the Japanese automaker expects to take a bigger hit from a stronger yen.

The world’s largest automaker by market value now expects operating profit to come in at 1.6 trillion yen ($15.76 billion), from a previous forecast of 1.7 trillion yen.

The new forecasts are based on a budgeted yen rate of 102 to the U.S. dollar and 113 to the euro, compared with previous forecasts for 105 yen and 120 yen, respectively.

Toyota expects that currency moves will impact its full-year operating profit by 1.12 trillion yen from the year just ended, from a previous forecast of 935.0 billion yen.

The automaker said that it would be more aggressive in cutting labor costs and other expenses to offset the bigger currency impact.

For the April-June quarter, an appreciating yen pushed operating profit down 15% to 642 billion yen. That, however, beat an average estimate of 493.5 billion yen from 11 analysts surveyed by Thomson Reuters.

See also: Here’s Why Shares of Fiat Chrysler Are Jumping

Toyota said that on a vehicle basis, global sales rose during the first quarter on higher sales in Japan, Europe and Asia, while sales fell in North America and other regions.

For the full year, it expects to sell more vehicles in regions including North America, Europe and Asia than its previous forecast, while maintaining its total global retail sales forecast.