Adidas’ Outgoing CEO Says the Company Is in Good Hands 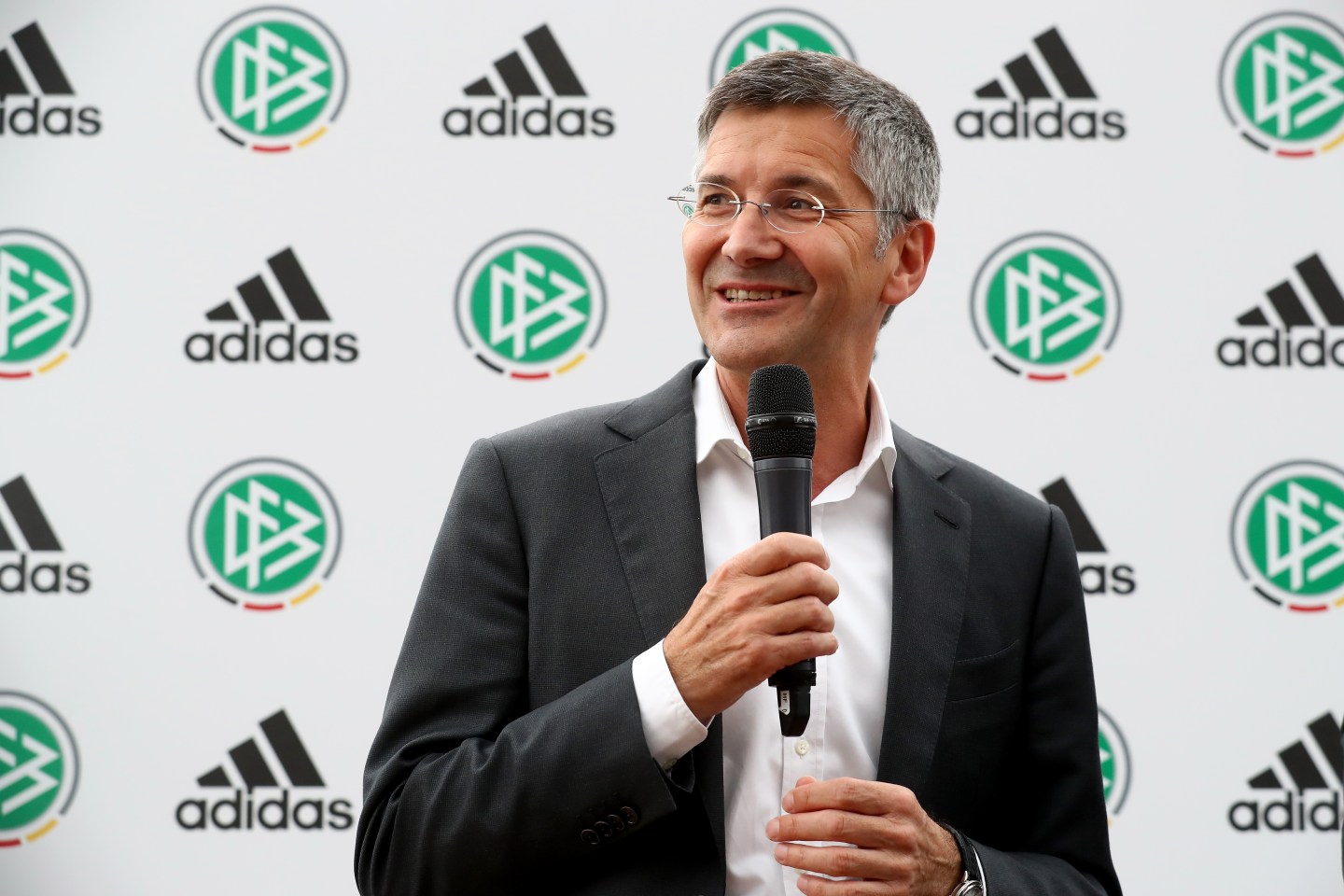 Adidas Chief Executive Herbert Hainer said on Thursday he was confident that the German sportswear group could keep growing fast and improve profitability as he prepares to hand over to former Henkel boss Kasper Rorsted.

The sportswear group on Thursday reported its highest second quarter sales growth in a decade, led by its fashion ranges but with soccer and running growing fast too. It also achieved a big improvement in operating margins in its U.S. business.

“The company is in very good hands with Kasper,” Hainer told journalists.

Some investors have expressed concerns that Rorsted might find it difficult to maintain growth at Adidas, driven of late by lifestyle trends that could prove transient, rather than the sports performance gear rival Nike (NKE) focuses on.

Adidas shares have risen 61% this year to make them the top performing German blue-chip.

“Fantastic results, but that is in the current price,” said Equinet Bank analyst Mark Josefson as he cut his rating on the stock to “sell” from “neutral”.

Rorsted, a 54-year-old Dane who boosted profits at Henkel by cutting costs, started a two-month handover period at Adidas this week with Hainer, CEO since 2001.

Adidas recorded its strongest growth in the quarter at the Originals fashion business, which saw sales soar 50% as consumers snapped up shoes like retro Superstars and “Yeezy Boost” sneakers designed by rapper Kanye West.

But Hainer said sports performance was growing just as strongly as fashion in the key U.S. market, particularly in running and football, with U.S. shoppers buying over 16,000 pairs of $180 UltraBoost Uncaged sneakers in 24 hours.

Finance chief Robin Stalker said a big improvement in the profitability of the U.S. business should be sustainable and even increase as Adidas sells products at higher prices and has to discount less stock.

Adidas also reported a rise in sales and margins at the golf business it is trying to sell. Hainer said Adidas was in talks with several parties interested in the business.

Adidas said in May it would sell TaylorMade and Adams, which sell golf clubs and other equipment, as well as the Ashworth golf shoes and clothing brand.

Nike said this week it would stop selling golf equipment, including clubs, golf balls and bags, and focus instead on innovation in its golf footwear and apparel business and on partnering with more golfers.

After peaking around 2000, when Nike endorser Tiger Woods was in his prime, the number of people playing golf in the United States has fallen sharply as fewer young people take it up and as busy professionals switch to cycling or running.