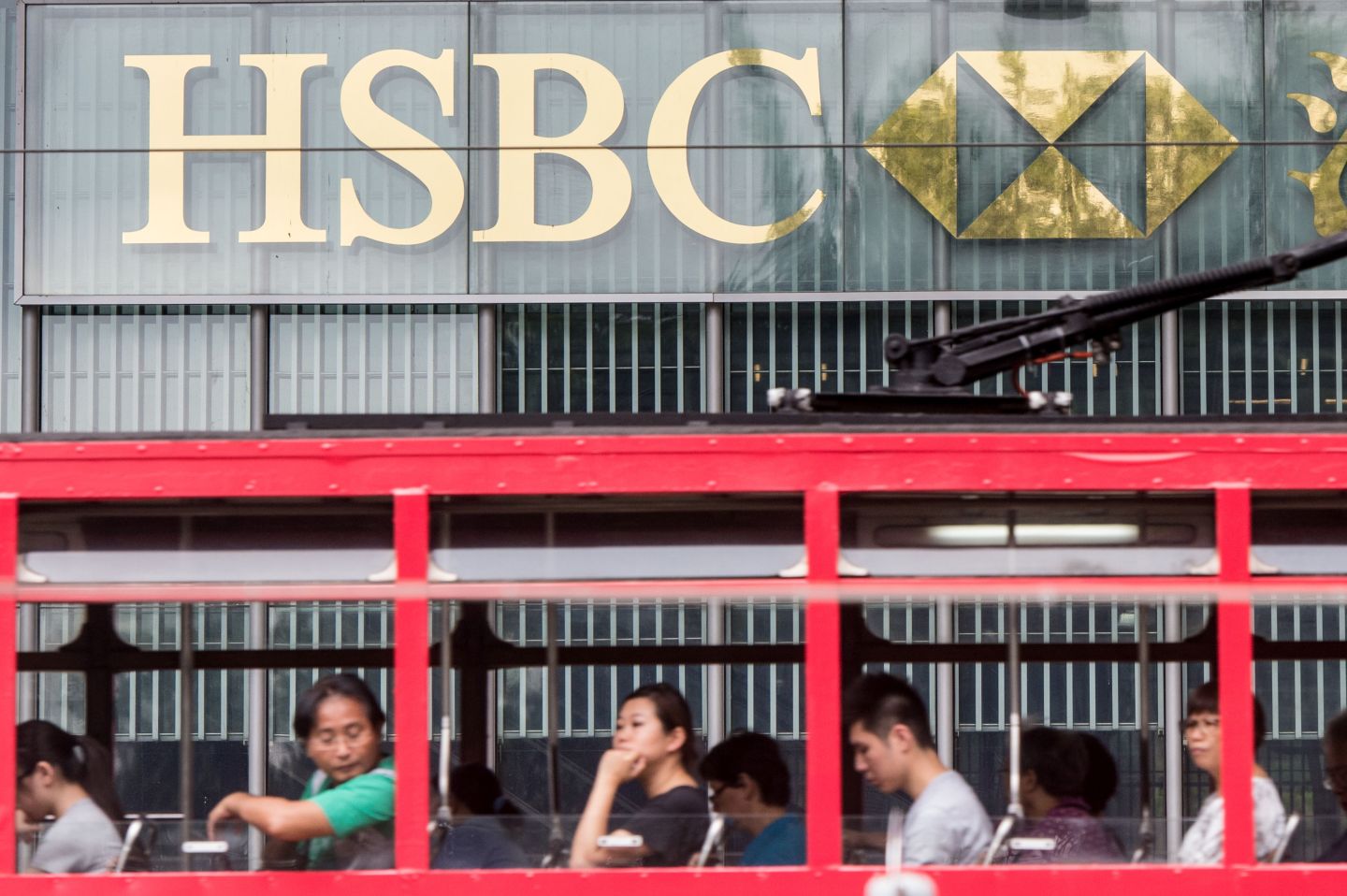 Commuters look out from a tram as they pass the local HSBC headquarters in Hong Kong on August 3, 2016. HSBC said on August 3 profit before tax plunged 29 percent in the first half of 2016 to 9.7 billion USD, after "exceptional volatility" during a turbulent six months ending in Britain's decision to leave the EU. / AFP / Anthony WALLACE (Photo credit should read ANTHONY WALLACE/AFP/Getty Images)
Photo by ANTHONY WALLACE - Getty Images

HSBC (HSBC) said on Wednesday its core first-half profit fell 29%, slightly below estimates, as revenue at Europe’s biggest bank was hit by slowing economic growth in its key markets of Britain and Hong Kong.

Announcing a plan to buy back up to $2.5 billion in shares in the second half, HSBC said in a statement that pretax profit in the half ended June slipped to $9.7 billion, down from $13.6 billion in the same period a year earlier. That was just below an average estimate of $10 billion compiled by Thomson Reuters.

For HSBC, clouds are also gathering over the potential impact of Britain’s referendum vote to leave the European Union, as well as spillover in Hong Kong from slower growth in China. The two markets together contributed half the bank’s revenue in 2015.

“Following the outcome of the referendum… there has been a period of volatility and uncertainty which is likely to continue for some time,” HSBC Group Chief Executive Stuart Gulliver said in the statement issued to the Hong Kong stock exchange.

“We are actively monitoring our portfolio to quickly identify any areas of stress, however it is still too early to tell which parts may be impacted and to what extent,” he said in the statement.

The bank announced its share buyback following the successful disposal of HSBC’s Brazil unit last month, it said in its statement.

HSBC said its core capital ratio, critical to its ability to sustain dividend payouts, rose to 12.1%, up from 11.9% at the end of December. The sale of the Brazilian operations is expected to add a further 0.7 of a percentage point in the third quarter, it said.