Why You Need to Download the New Apple TV Remote App 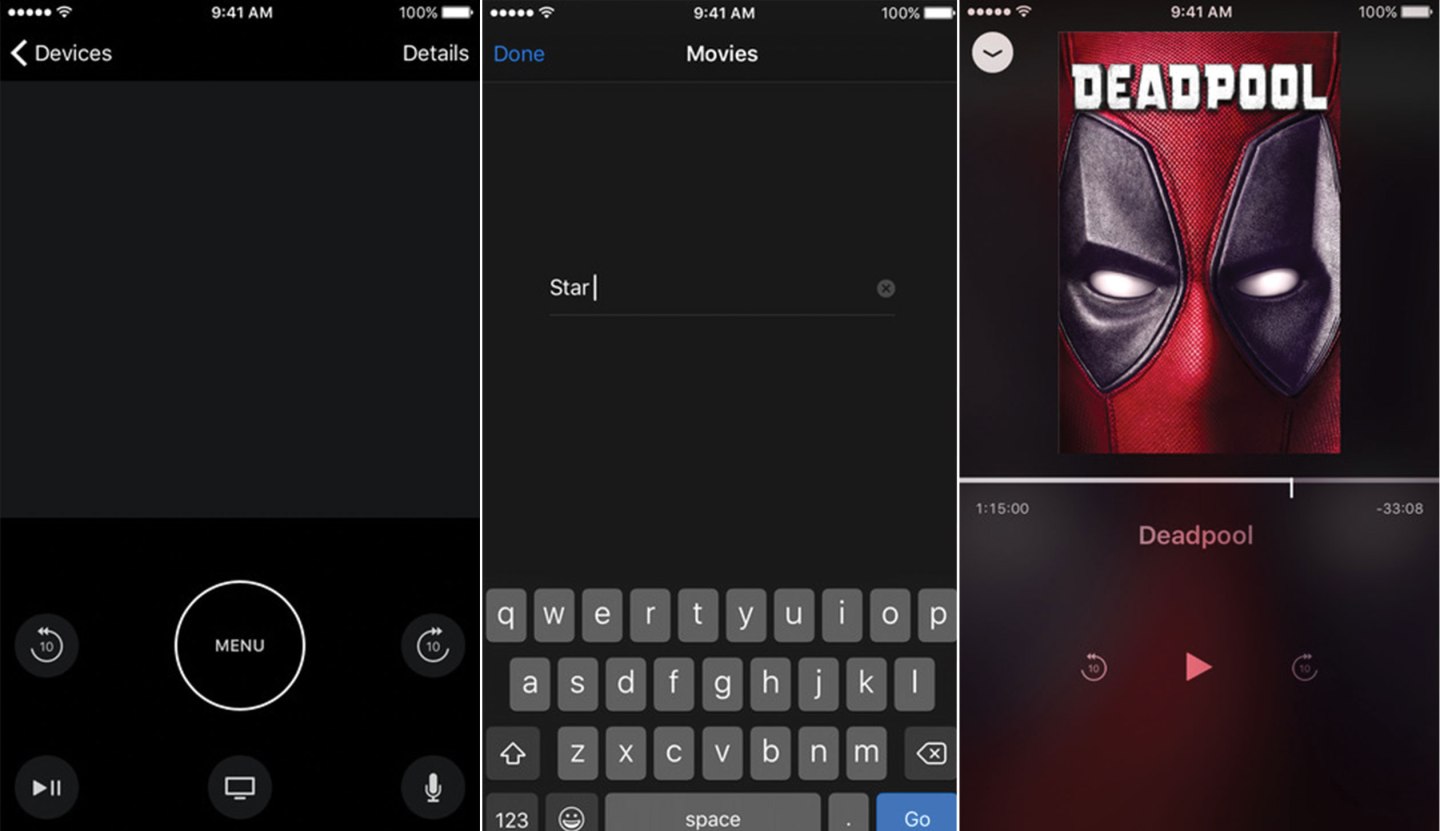 As a longtime Apple TV owner—and someone who has lost its tiny remote on more occasions than I’d like to admit—I’ve also used the Apple TV remote app on iOS for a long time and often been frustrated by some of its underwhelming features. Luckily, there’s something much better now available.

Apple (AAPL) launched the new Apple TV Remote app to iOS users on Monday. The app is actually a separate app from the remote app users might have previously used to control their Apple TV, so it’ll require a new download instead of just an update.

Regardless, the app, which Apple touted earlier this year at its Worldwide Developers Conference (WWDC) is a must-have for anyone who doesn’t want to hold a physical controller in-hand to navigate through the Apple TV interface.

The first thing users will notice is that the interface is completely different, featuring a black design that stands in stark contrast to its much-brighter predecessor.

Upon choosing my Apple TV, I was brought to a simple screen where I could click a large Menu button, pause and play content, access the home screen, and ask Siri for all kinds of things, including movies to watch, songs to listen to, and more. I was also able to toggle on a Game Mode to get full touchscreen-based game controls on my iPhone.

Perhaps most importantly, hunting for letters to input is now officially dead in Apple TV. Gone are the days when you’ll be using a hardware remote from Apple and need to jump around the letters on screen with the remote’s up, down, left, and right buttons to input a password or movie title. With the app, I was able to use my voice to search for movies and my iPhone’s virtual keyboard if I needed to type a password.

Apple’s app isn’t all that different from its predecessor when watching or listening to content, but it has some handy features, like the ability to shuffle tracks, fast-forward through a song, and more. In that regard, it’s similar to the previous Apple Remote app, but just does it with more refinement and ease of use.

For more about the Apple TV, watch:

That said, there were some quirks. For one, Apple should find a way to integrate Touch ID with the app and tvOS. It would be great to be able to buy an app or download a movie and simply use my fingerprint to verify a transaction. The app also crashed once on me, though I’m not sure if that was an anomaly or something to look out for (I’ve only been using it for 24 hours, after all).

Regardless, the free Apple TV Remote app is a major leap over the previous Apple remote app, and it’s one I’ll be using. The hardware remote Apple launched last year with its latest Apple TV is nice and all, but it’s no match for an iPhone outfitted with one of the better apps Apple has launched in a long time.