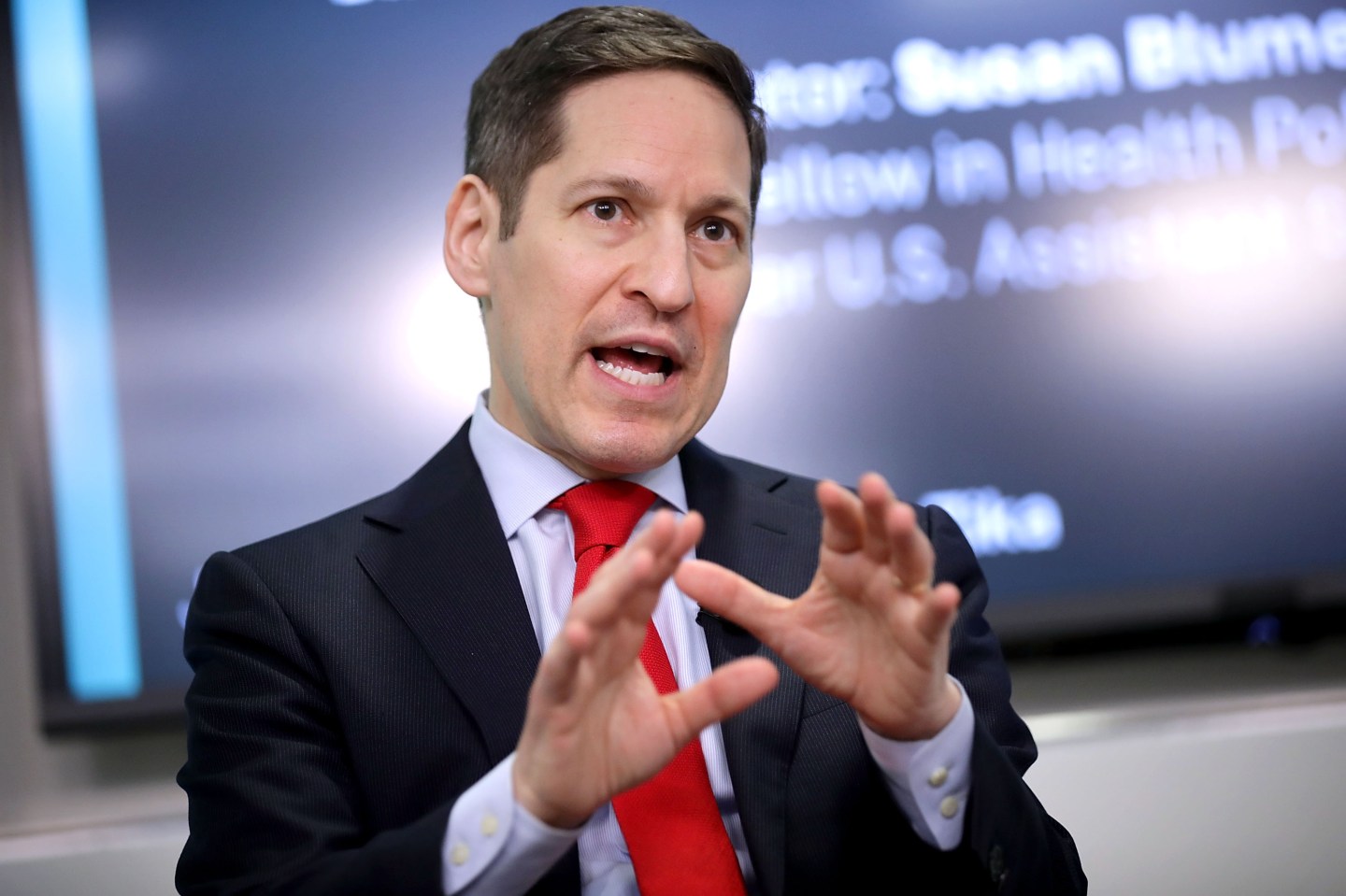 WASHINGTON, DC - JULY 13: Center for Disease Control Director Tom Frieden participates in a discussion about 'Zika, the Olympics, and Global Health Security: A Marathon Against a Microbe' at New America July 13, 2016 in Washington, DC. Frieden said that the CDC's response to the Zika virus has been the most complex he has overseen, with more than 1000 employees working across many departments. 'Congress did the right thing with Ebola,' Frieden said. 'I hope they do the same with Zika funding as well. But speed is of the essence.' (Photo by Chip Somodevilla/Getty Images)
Photograph by Chip Somodevilla—via Getty Images

Federal health officials issued their first Zika-related travel advisory for the U.S. mainland on Monday, recommending that pregnant women and those who plan to become pregnant avoid a Miami neighborhood where the virus has been spreading.

The affected region, just north of downtown Miami, is about one square mile in area. Florida’s public health department has said that there are now a total of 14 cases in the community that were likely contracted from local mosquitoes rather than from someone traveling abroad or having sex with a partner who was infected while abroad. That means that the virus, which has been linked to dangerous birth defects like abnormally small heads, could begin to spread much faster in the summer mosquito season.

Among the CDC’s recommendations is that pregnant women should completely avoid the area. Pregnant women who live or travel in the region should also practice safe sex, be tested for infection in the first and second trimesters, and should take steps to avoid mosquito bites. Couples who want to get pregnant and have traveled to the area should wait at least eight weeks before trying to conceive.

CDC director Tom Frieden attributed his agency’s decision to issue the warning about the growing number of local cases and efforts to control mosquito populations, which haven’t been ineffective so far.

In the meantime, Congress has still not passed a bill to fund anti-Zika measures. Lawmakers are currently on summer recess, leading Sen. Richard Blumenthal of Connecticut to call for Congress to reconvene and approve emergency legislation.

While Zika has been far more prominent in tropical climates such as Puerto Rico and Brazil, where the 2016 Olympics will begin on Friday, there have been more than 1,650 reported cases in the U.S., including the 14 new locally acquired infections in Florida. The World Health Organization (WHO) has said that it believes Zika will be manageable during the Olympics.