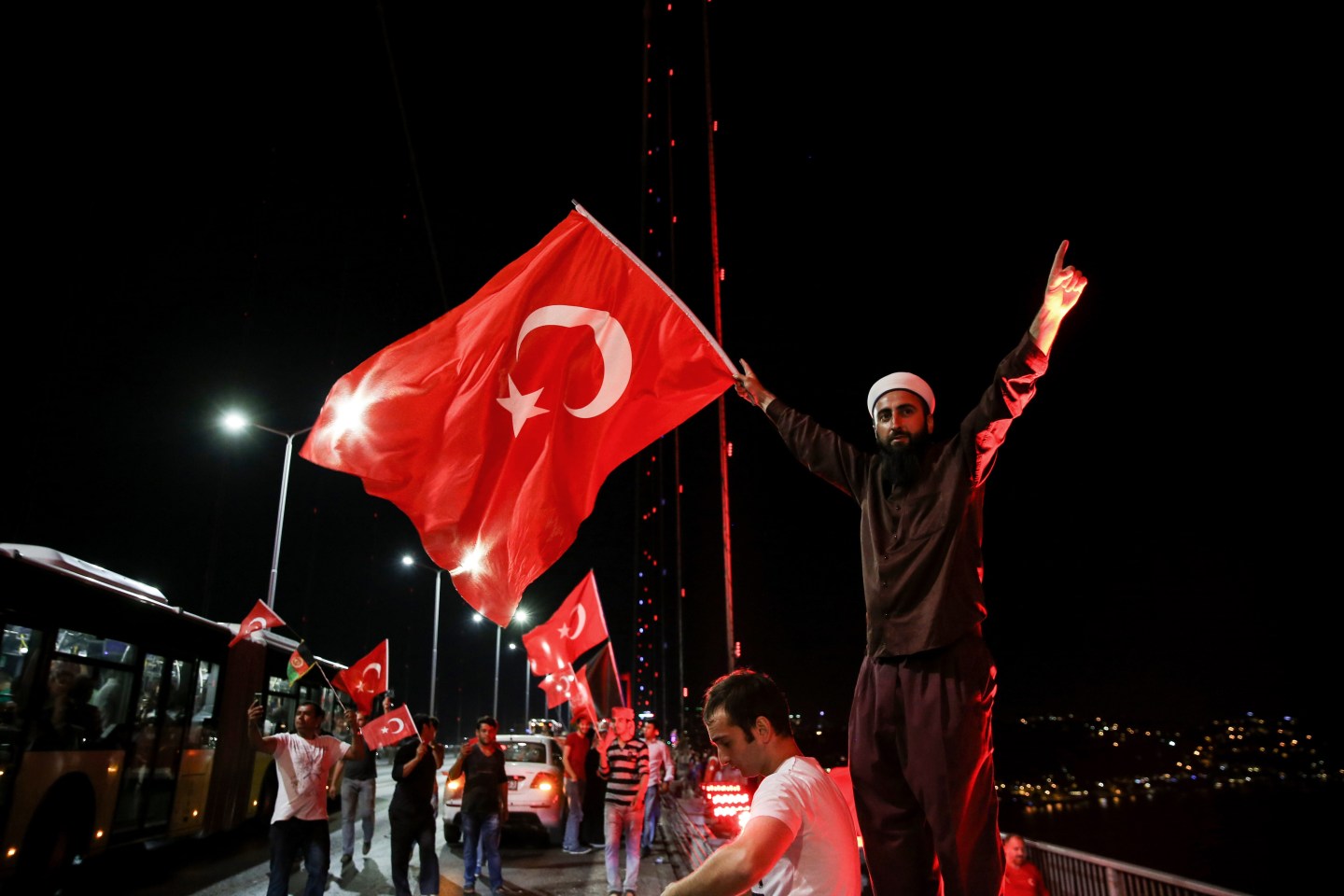 Barely 12 hours after a failed coup in Turkey, Somalia’s cabinet met in Mogadishu to consider a request from Ankara to shut down two schools and a hospital linked to Fethullah Gulen, the Muslim cleric Turkey blames for the attempted putsch.

Such is Turkey’s sway in the Horn of Africa nation, where it has spearheaded international reconstruction efforts after decades of war and instability, it was not a difficult decision.

Teachers and pupils – almost all of them Somali – at the two huge boarding schools run by Gulen’s Nile Academy educational foundation were given seven days to pack their bags and, if they were foreign, leave the country.

“Considering the request of our brother country Turkey, the cabinet ministers have agreed upon the following points—to stop the services provided by Nile Academy including schools, hospitals, etc,” a July 16 government statement said.

A week later the order had been carried out to the letter.

Turkey’s ties with Somalia are well established. President Tayyip Erdogan became the first non-African leader to visit Somalia in nearly 20 years when he traveled there in 2011 as Turkey’s prime minister. Turkey was a major contributor to the humanitarian aid effort during the 2011 famine and Ankara continues to build hospitals and dispatch aid across Somalia.

The closures in Somalia are part of a far wider effort to erode Gulen’s influence. Erdogan has vowed to “cleanse” Turkey of what he describes as the Gulenist cancer, going not only after the cleric’s followers at home but also his network of schools and other interests around the world.

Gulen’s schools have been a key source of influence and revenue for his “Hizmet” movement. It runs some 2,000 educational establishments in around 160 countries, from Afghanistan to the United States. The schools are generally well equipped, teach a secular curriculum in English, and are popular, especially in poorer countries, with the political and business elite.

These Are the Most Corrupt Countries In the World

Like the two Somali schools, the Deva hospital, a rare private clinic in battle-scarred Mogadishu popular with a tiny Somali elite, is no longer working.

“The Turkish workers left Somalia,” police major Mohamed Nur told Reuters. “These institutions are now under the custody of police. No teaching and no medical services are going on now. Nurses just visit us every day to monitor and just go back.”

Somalia is not alone in feeling Erdogan’s international backlash against Gulen, who has denied any role in the attempted coup from his home in the United States.

Besides a purge of the army, police and judiciary to rid it of “Gulenist” elements at home, Turkey has also applied pressure to countries including Germany, Indonesia, Nigeria and Kenya that are home to Gulen-backed institutions.

Azerbaijan, which like Somalia enjoys close ties with Ankara, closed an independent television station on Friday that planned to air an interview with Gulen.

But other countries appear less keen to follow their lead.

In Kenya, where Gulen’s Omeriye Foundation has grown from its first school in 1998 in the vast Nairobi slum of Kibera to a nationwide network of academies, the government has resisted pressure to close them down.

“Turkish officials have requested Kenya to shut down the Gulenist schools on a number of occasions before the attempted coup but the Kenyan government has not acted on them,” a foreign ministry source told Reuters.

Since July 15, the Turkish ambassador had requested another meeting, the source said, but it has yet to happen.

“It has not been scheduled,” the source said.

Authorities in Germany, which has an estimated 14 high schools with links to Gulen, have also been contacted. Winfried Kretschmann, premier of the southwestern state of Baden-Wuerttemberg, said he had received a letter from the Turkish Consul General asking him to examine a list of institutions such as private schools. He said he had forwarded the letter to Germany’s federal government.

Indonesia, another country where Gulen’s foundations have put down roots, was equally unimpressed.

“That includes anyone who has officially received the recognition of the Indonesian government. They will be governed by Indonesian law.”

In Kenya, Gulen-backed schools in Nairobi and the port cities of Mombasa and Malindi have an overwhelmingly Kenyan staff and offer classes that conform to the British curriculum – a big draw for government officials who cannot afford top-end private education but who blanche at Kenya’s state schools.

“We go beyond producing academically competent students (which is part of our culture) and also bring up socially responsible and culturally sensitive individuals who are truly world citizens,” one of the academies, Light International School (LIS), said on its website.

The headmaster of one Gulen-backed school in Kenya, who asked not to be named, said Ankara had been tightening the noose even before the coup attempt, and its efforts were having an effect, albeit indirectly.

For more on Africa, watch:

One of the main aims of a visit by Erdogan to Kenya and Uganda in June was to stamp out the influence of Gulen, whose network was long an instrument of Turkey’s soft power in Africa, a continent where it was developing serious ambitions.

“The request came from our government to the government of Kenya to close the school right after the visit by the Turkish president,” the headmaster said.

Of the 410 students at the school, whose annual fees are around $5,000, 148 pupils are sponsored by a bursary funded by the international Turkish business community – an annual outlay of $750,000 that was now feeling the pinch from Ankara’s crackdown, the headmaster said.

“The pressure is there after the coup attempt. We used to have the funds coming in, but it stopped. International Turkish businessmen cannot sponsor students,” the headmaster added.

“They have seized trusts to those giving us assistance and their businesses are not doing very well.”