How Many Would Vote for a Female President? Not As Many As You’d Think 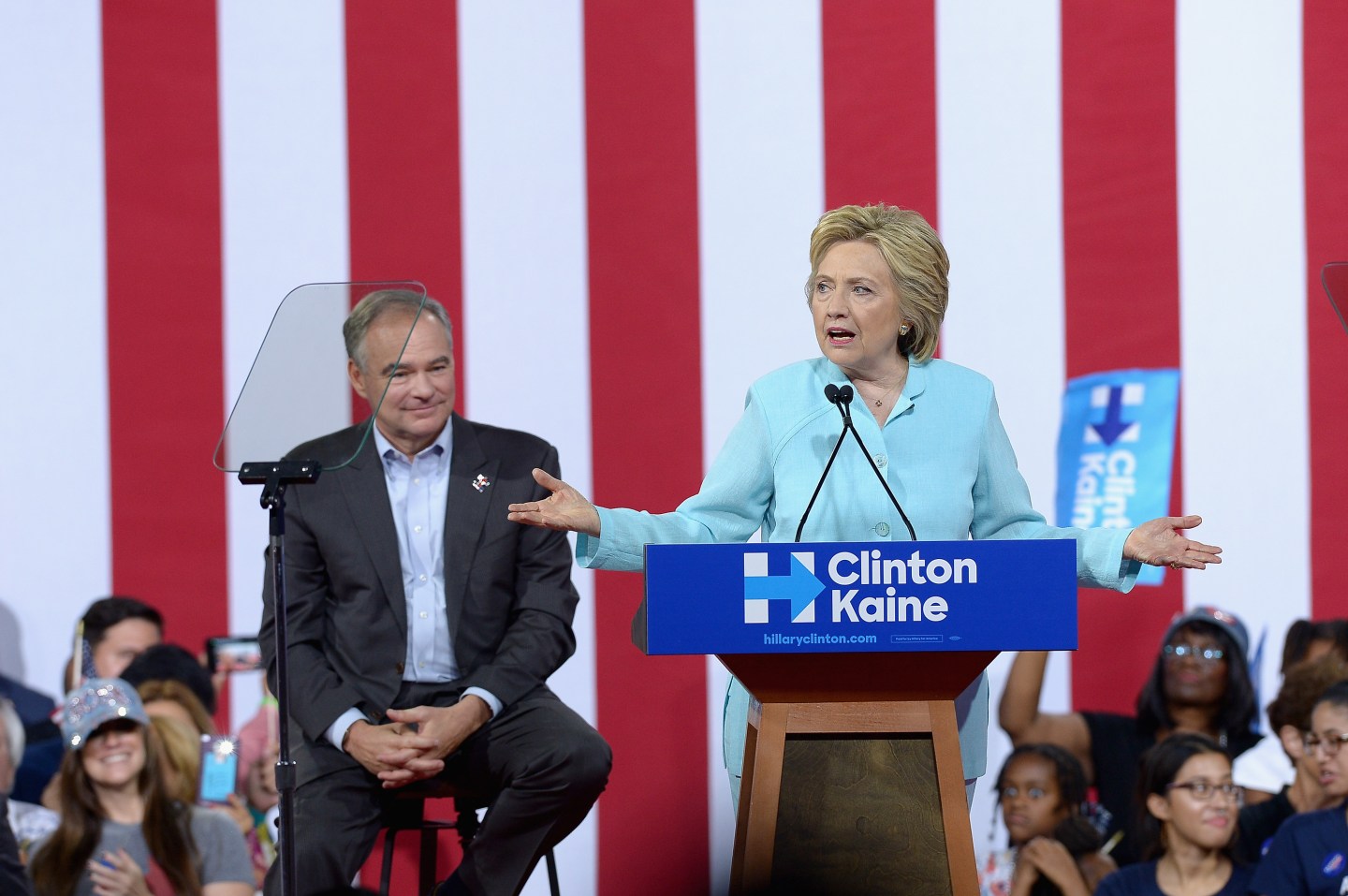 This piece originally appeared on TheConversation.com.

At a recent rally on Roosevelt Island in New York City, Hillary Clinton remarked that she wanted the United States to be a place “where a father can tell his daughter yes, you can be anything you want to be, even president of the United States.”

According to some polls, parents can already tell their daughters that people will vote for a female president, and gender should not factor into Secretary Clinton’s candidacy for the highest office in this country. While America has not ever had a woman president, polls have documented that the majority of Americans have been ready to vote for a woman for president for several decades.

That wasn’t always the case. In 1937, 17 years after women obtained the vote, only 33 percent of those polled responded positively to George Gallup’s question: “If your party nominated a woman for president, would you vote for her if she were qualified for the job?”

Throughout the 1950s and 1960s, support gradually grew, crossing 50 percent near the end of the 1960s. The population that openly disagreed with such a statement fell into single digits by 1999. In 2012, 95 percent of the public said they would vote for a qualified woman.

But perhaps these polls are not asking the right question. Public expression of sexism is often perceived to be inappropriate or even taboo. It’s not fashionable or politically correct to be a sexist, so individuals who are prejudiced against female leaders may refrain from being honest about their opinions.

It’s also possible that that many voters are not even aware of their gender bias. I call such individuals “aversive sexists” – individuals who avoid acting in a sexist manner and genuinely regard themselves as gender-equitable. And yet, they unintentionally possess negative feelings and beliefs about women as leaders. In other words, the sexist attitudes of aversive sexists are buried in their subconscious.

How is it possible to have gender biases against female leaders without being aware of them?

Cognitive psychologists have found that two systems drive the way we think.

System 1 is fast, intuitive and unconscious.

Many of the mental associations that affect how we perceive and act are operating implicitly, which can, at times, be deeply helpful. The speed and efficiency of System 1, for example, allow experienced drivers to automatically understand that red means stop. However, System 1 processing is responsible for associations known as implicit biases. And because implicit biases are outside of conscious awareness, they do not necessarily align with our explicit beliefs and stated intentions that result from System 2 processing.

How prevalent are unconscious biases? The short answer is very.

Most of us are aversive sexists to some degree because the implicit associations we possess in our subconscious develop over the course of a lifetime beginning at an early age. Exposure to direct and indirect messages from your family, friends, the media, schools, books and society at large affect these associations. Because of the prominence of male leaders in powerful roles, perceptions that social roles differ for men and women, traditional social roles for men versus women, and pervasive gender stereotypes, if you do not slow down and think about a decision at hand carefully, gender bias can influence your decision.

I tapped into hidden biases in a recent study, using an Implicit Association Test specifically designed to test the automatic associations people have around gender and leadership.

So a little test says we’re a little bit sexist? Why should we care?

When voters lack sufficient information on relative candidate quality, they are more likely to rely on simple cues like candidate sex as a decision-making shortcut and utilize System 1 reasoning.

I surveyed voters from Florida, an important swing state in recent elections, and found that even controlling for explicit gender bias, the more difficulty a person had in classifying a woman as a leader, the less likely the person was to vote for a woman. Those who had higher levels of implicit bias according to the IAT were 14 percentage points more likely to vote for a male candidate over an equally qualified female candidate.

So Donald Trump’s claim that Hillary is using the “woman’s card” and would be a failed presidential candidate if she were a man doesn’t hold up. Contrary to what national polls like the Gallup poll show, gender does matter – but not in the way Trump seems to think. Playing the woman card actually makes it harder, not easier, for women to get elected.

Information and examples can help

How do we alter unconscious biases?

It turns out, the human brain is quite adept at control and regulation. The first step is to acknowledge that most of us have a little bit of unconscious gender bias, and have our conscious effort-ful System 2 processing take over our decision-making process. If we are aware that we may have these biases, we can begin regulating our own behavior.

Information can also help. If there is an opportunity to learn who the more qualified candidate is, I found that voters who are aversive sexists can neutralize their biases. It is hard to recognize that bias may be playing a role if gender, a readily apparent piece of information, is the only differentiating feature between two candidates.

That said, information is not a silver bullet. Previous research shows that citizens make inferences about a female candidate’s traits, political ideology and issue area strength that differ from that of male candidates. For example, feminine stereotypes characterize women as more compassionate, emotional and liberal than their male counterparts, who tend to be viewed as more assertive, decisive and conservative. Citizens also have a propensity to deem male leaders as more competent at legislating around the economy, national security and military crises than their female counterparts.

Examples of women in power can also go a long way. It will help when parents can actually point to a real life example of a female U.S. president when they tell their daughter “you can be anything you want to be, even president of the United States.” And not simply because children benefit from role models. Given that exposure is an important determinant of implicit associations, hidden bias will increasingly become an artifact of the past if there are simply more images of women in positions of leadership.

Cecilia Hyunjung Mo is an Assistant Professor in the Department of Political Science, with a courtesy appointment at the Peabody College of Education and Human Development for Vanderbilt University.