Why Hosting the Olympics Is a Lousy Deal 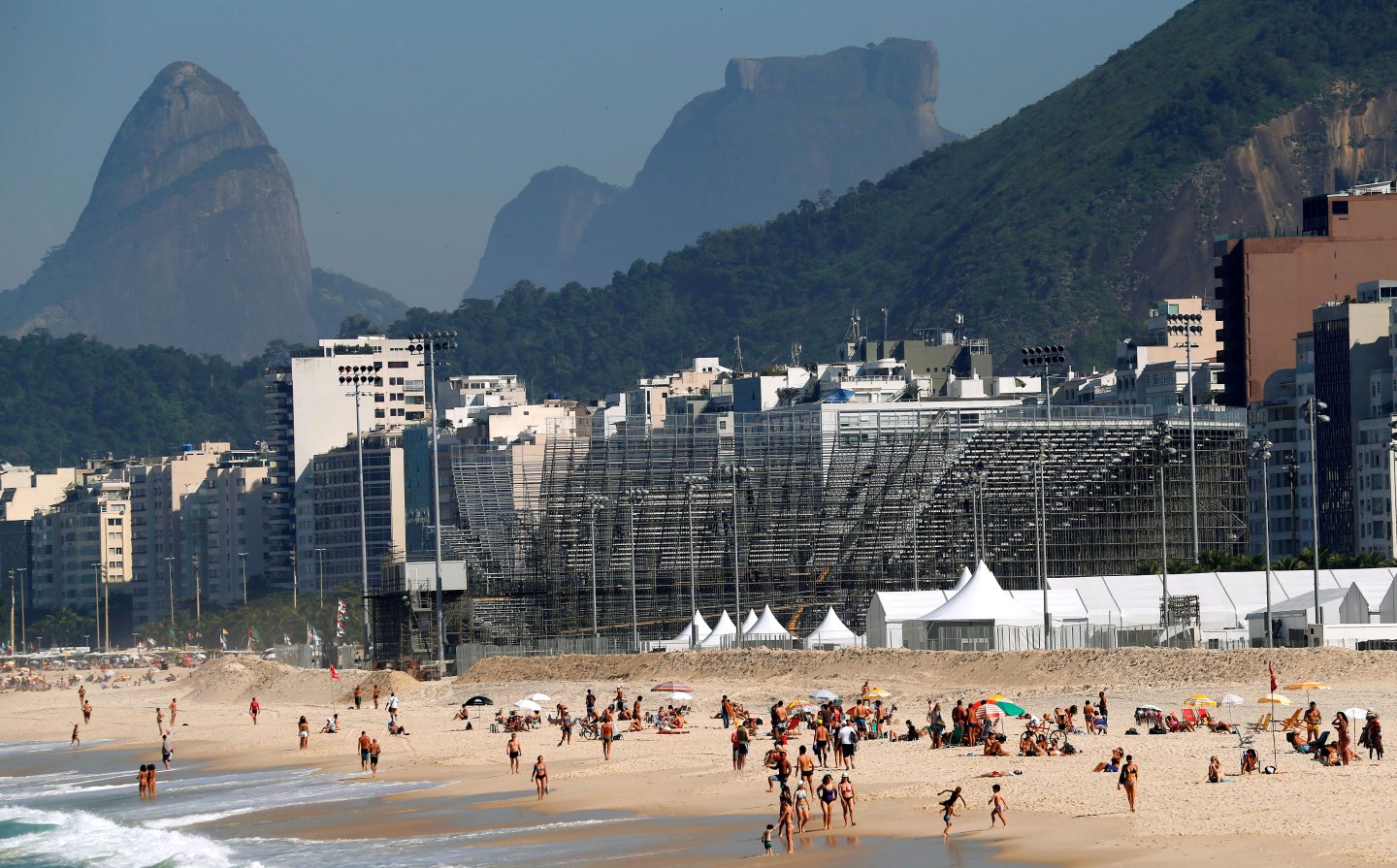 Imagine you’re throwing a dinner party, but your guests—the ones who decided you should have the party—say they won’t come unless you make significant improvements to your entire home. To sell this undertaking, you tell your spouse and children that it really is time to have a larger, fancier house. You’ll probably host more dinner parties like this one at some murky unknown future date, even if you can’t afford the upgrade—which will cost many times more than estimated. Also, everything will be horribly delayed, and after the party, the extra space and most of the expensive improvements will go unused. At best, your neighbors consider you a cautionary tale. At worst, a punch line. This is what it’s like to be an Olympic host city.

For Rio de Janeiro, it’s much worse. Imagine all of the above, plus a plague of disease-spreading mosquitoes breeding in the oversize swimming pool you installed, which has gone to seed because you can no longer afford to pay the pool guy. Throw in a national recession, the worst in 100 years, plus a history-making political scandal and a global health crisis. Oh, and don’t forget the raw sewage in the sailing bay and the fecal matter on the beach-volleyball grounds, the crime wave, the swelling homeless population, and the bulldozed World Heritage Sites.

The Brazilian seaside jewel, the first South American city in Olympic history to play host, is a disaster. No, really: The city has declared a state of emergency, the kind normally declared during hurricanes and the like, as a way to collect federal funds to complete preparations for the Games. Very little about this particular disaster was natural, though. And apart from some bad luck, much of what has made it so could have been avoided—by never hosting the Olympics to begin with.

Of course, when the Games begin, the insanity of the host city’s decision will be, for two short weeks, if not celebrated, then at least momentarily pushed aside by the spectacle. People will move on with their lives, and Brazil will have wasted at least $15 billion on a new golf course, a subway line into a wealthy part of the city where everyone drives, and a $22 million gondola lift over a neighborhood that still lacks running water.

The 2014 Winter Olympics in Sochi cost $51 billion and had huge delays and budget overruns.Christopher Morris — Corbis via Getty Images

The infrastructure built for the Games is the most expensive aspect of hosting and often the greatest folly, but it has also become the standard rationalization for the high costs. Historically, cities earned quite a bit of revenue from TV rights, but the International Olympic Committee now takes at least 70% of that revenue; as recently as the 1990s it took just 4%. Ticket sales and the influx of tourists offer quick hits of cash, but in recent years that revenue has never come close to half the cost of putting on the Games—certainly not for Beijing (which spent $49.1 billion) or the Winter Games in Sochi ($51 billion). Rio, while spending comparatively little, will be paying for its infrastructure projects for another two decades. And from all evidence, it will see none of the revitalization of, say, Barcelona, which hosted in 1992 and is one of just two cities in the past half-century to make back what they had spent.

But in light of recent Olympic busts, the IOC’s tendency to be wowed by huge, purpose-built Olympic architecture has, perhaps, begun to backfire. While 12 cities bid for the 2004 Games, just five put in a bid for 2020. Only two competed for the Winter Games in 2022, and the citizens of Boston practically revolted over its potential bid for 2024. Now Rome appears poised to drop out of the 2024 running too. “Is the point of the Olympics to have a new city spend $20 billion every four years to build an ostentatious stadium they’ll never use again?” asks Andrew Zimbalist, an economics professor and the author of Circus Maximus, a book about the Olympics and the World Cup. “No! The point is to have an international sporting competition, for the world to come together and get over ethnic boundaries.”

One increasingly popular solution among academics and urbanists: Eliminate the bid to host altogether, and pick just one permanent host city. For the Summer Games, Zimbalist likes Los Angeles. It’s the only host (in 1984, its second run) to earn back what it put in within a year, and it has all the venues and infrastructure already in place. The IOC won’t entertain the notion, but if more cities start declining to shell out billions for useless stadiums, it might have to.

The 1984 Games in Los Angeles, one of only two host cities in the past 50 years to recoup their investment.Steve Powell — Getty Images

A version of this article appears in the August 1, 2016 issue of Fortune with the headline “Hosting the Olympics Is a Terrible Deal.”