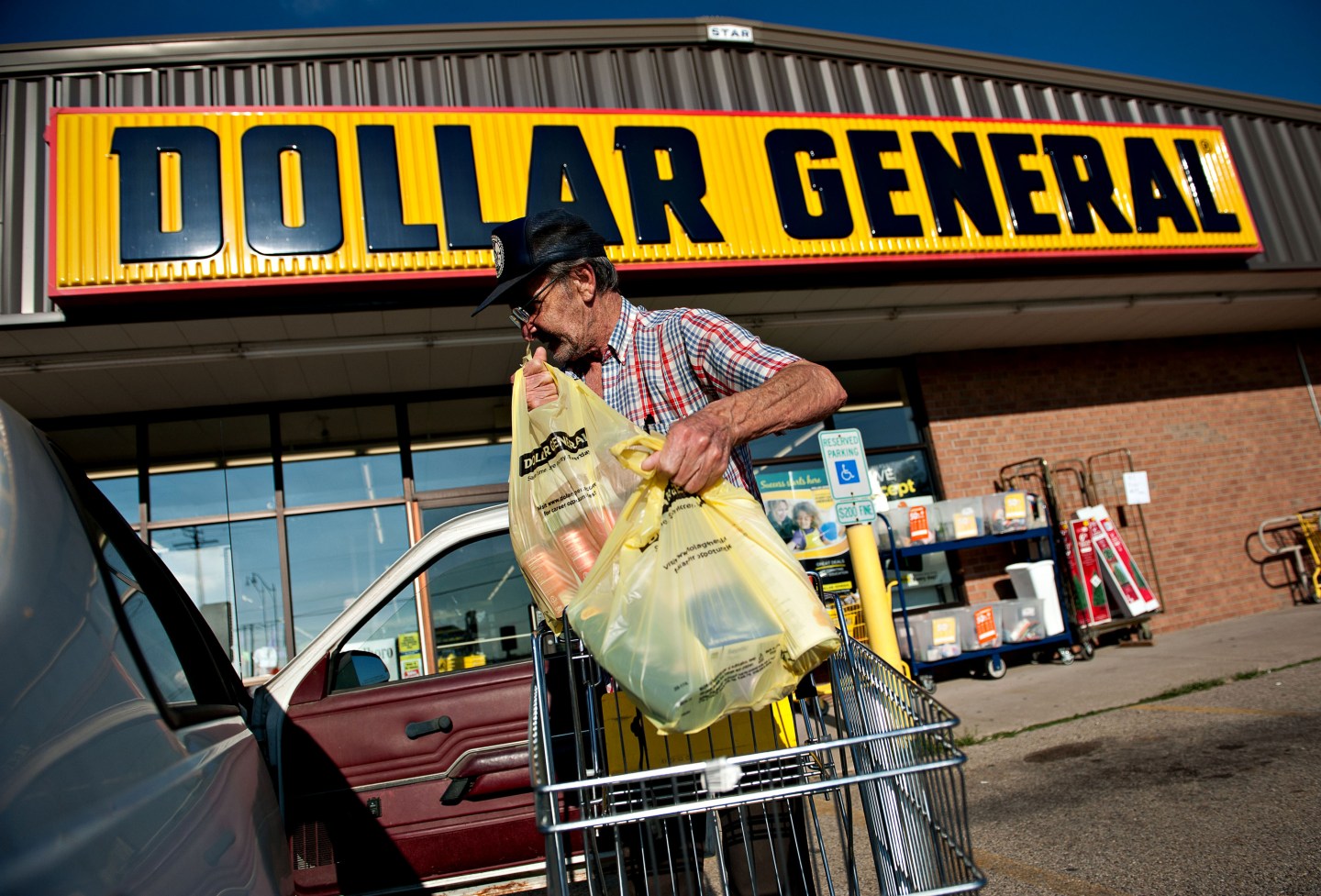 Express stores might have bee a flop for Walmart, but Dollar General isn’t complaining.

Dollar General announced today that is has purchased 41 former Walmart Express locations across 11 states, relocating 40 existing Dollar General stores into the newly purchased sites by October. Terms of the transaction were not disclosed.

To take back shoppers it has lost to Dollar General (DG), and Dollar Tree (DLTR) in recent years, the retail giant opened up between 270 and 300 new small stores in 2014—which included 102 Walmart Express stores—spending an extra $600 million at the time to do so. The express stores were aimed at getting mid-week business from customers who were not willing to go to a giant storefront for a few items.

In January, Walmart announced it was ending its Walmart Express experiment, which accounted for 102 out of 154 total store-closings.

“Dollar General is excited to add these locations to our existing store base. We look forward to the opportunity to better serve our customers in these communities by continuing to provide the convenience and value they expect from Dollar General,” said Todd Vasos, Dollar General’s chief executive officer.

According to Dollar General, the newly-relocated stores will have a new format that features a layout with additional sales floor square feet, as well as expanded offerings such as fresh meat and produce. The company also intends to operate the fueling stations in 37 of these locations.

Fortune has reached out to Walmart and will update the story if it responds.