Tumblr’s Bloggers Will Soon Be Able to Cash In 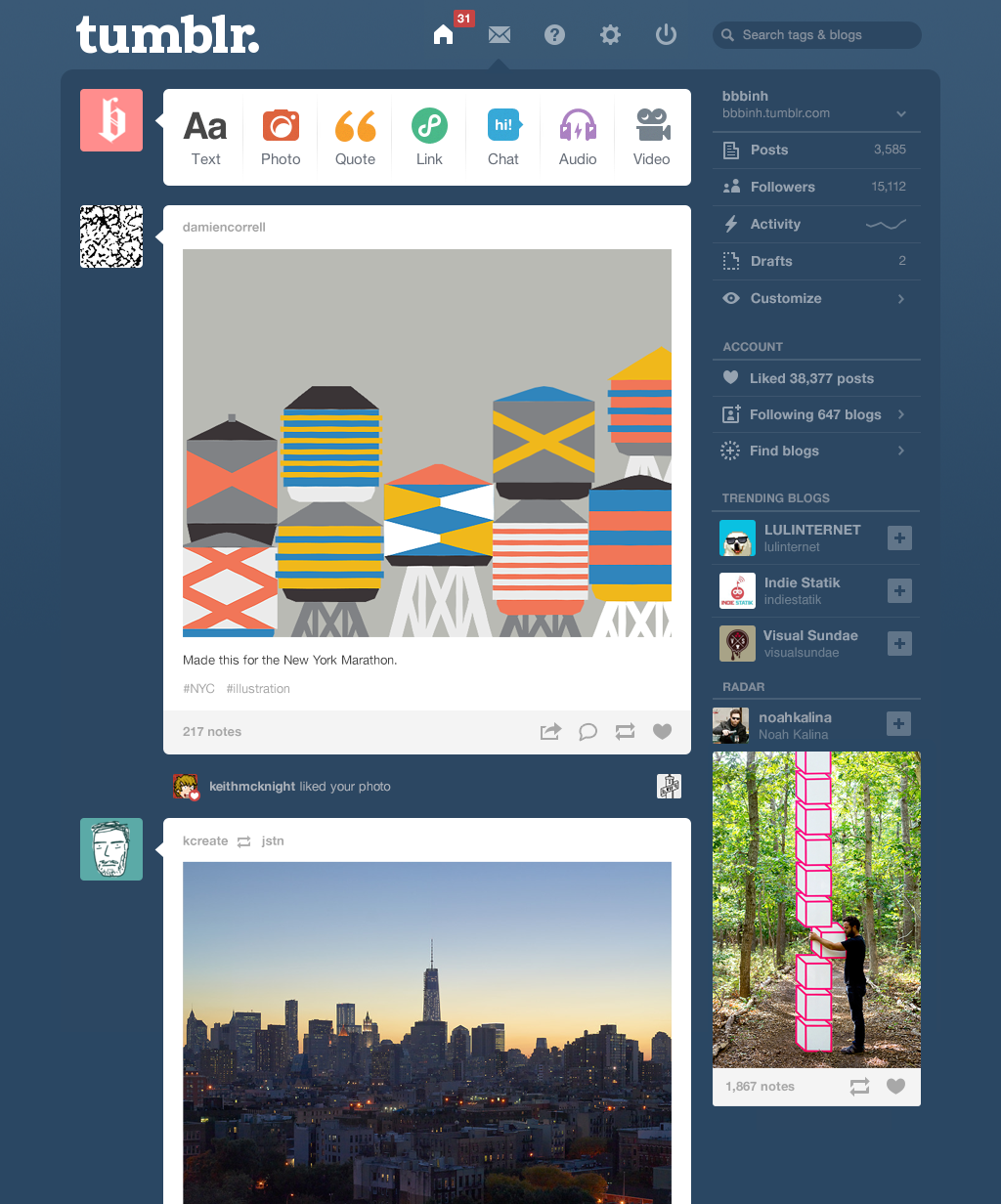 Whatever you call it, revenue will soon be a new perk for some of Tumblr’s users, the company said on Tuesday. Later this year, Tumblr will roll out its first program for letting users generate income from their Tumblr blogs.

The first step in this will be the introduction of ads onto its service on Thursday. Details are scares for now, although Tumblr says in a blog post announcing the planned move that users will be able to turn off the in-blog ads through their account settings if they wish.

Eventually, Tumblr bloggers will be able share in the revenue from ads on their blogs. How much they could earn wasn’t immediately clear.

This isn’t Tumblr’s first foray into advertising. In 2012, it started to work with a limited number of advertisers by placing curated ads into its users’ account dashboard. In 2013, it also opened the doors to brands paying to promote their blogs to other Tumblr users.

But ads appearing on blogs will likely be trickier. Many of Tumblr’s users surf the service through their main news feed—which shows them the latest posts on the blogs they follow—not so much by visiting individual Tumblr blogs. Perhaps the ads will show up their feeds, but for now we’ll have to wait and see.

Another problem may be Tumblr’s many teenage users. While they’re great trendsetters, and some are hooked on the service, it’s difficult to imagine how any of them would participate in Tumblr’s program, which will probably require they be at least 18 years old. Then again, maybe it doesn’t matter, since Tumblr doesn’t require their participation to place ads on their blogs and rake in more money (unless they opt out, of course).

This extra revenue stream comes after Tumblr’s parent company, Yahoo (YHOO) has largely written it off as a financial loss after it failed to hit an ambitious $100 million ad revenue target set in 2014, according to a recent story by Mashable. Yahoo acquired Tumblr in 2013 for $1.1 billion.

Also, on Monday, Yahoo said it had agreed to sell to Verizon (VZ) for $4.83 billion, after struggling to turn its business around for years.