Occupy Wall Street Lives, But Not Where You’d Expect 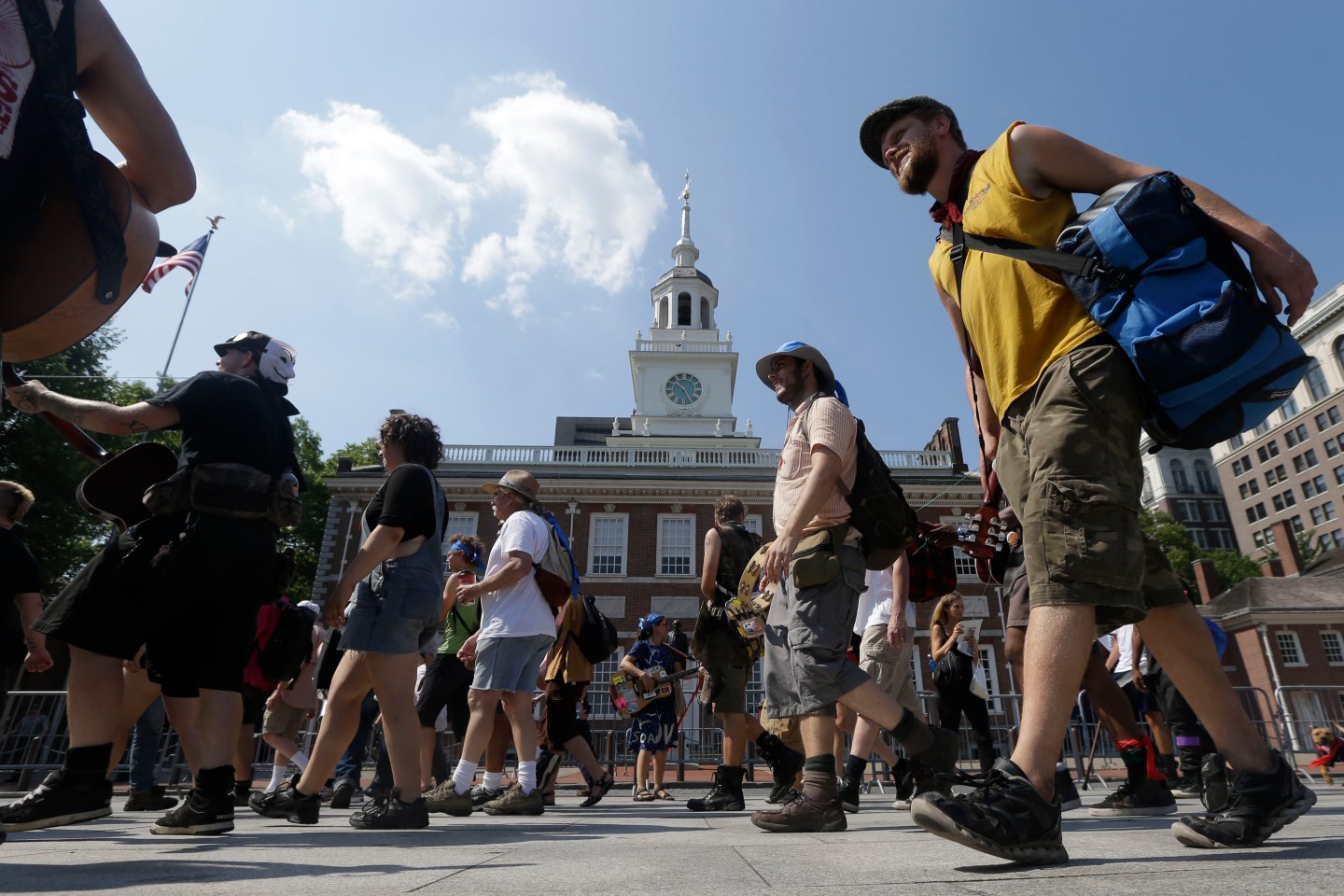 Members of the Occupy Wall Street movement march past Independence Hall, Thursday, July 5, 2012, in Philadelphia. Occupy groups from across the country gathered this past week in Philadelphia for a national gathering seeking to unify their far-flung movement against economic inequality and now are marching to New York. (AP Photo/Matt Rourke)
Matt Rourke — AP

The last time I spent an evening in Philadelphia for work was in November 2011, when I was in town to moderate a conference panel on mergers and acquisitions. But my memories of that trip have nothing to do with the on-stage conversation. Instead, it was what happened on the streets outside my Center City hotel room.

That night represented one of the last public gasps of Occupy Wall Street, whose Philadelphia encampment — which I could view from my room — was literally bulldozed away as I slept. The tents I had walked by just hours before (not to mention the trash) were all gone, and those who had erected them were nowhere in sight. City officials were fed up.

In the intervening five years, OWS has occasionally come up in conversations with my Fortune colleagues and with the business executives we cover. Most often it’s a punchline or, more generously, referred to as a failed economic movement. And, to be sure, its legislative and prosecutorial goals remain unrealized.

But, to me, that’s an overly narrow view. We currently have a Republican platform that calls for breaking up the big banks. We have a slightly more nuanced Democratic platform that calls for a modernized Glass Steagall Act, and a Democratic National Convention whose first keynote was given by OWS godmother Elizabeth Warren. Moreover, the entire Bernie Sanders movement, including its 1% vs. 99% rhetoric, is a direct descendant of OWS ― and Democratic presidential nominee Hillary Clinton has been playing to Sanders supporters for months, including by flipping positions on the Trans Pacific Partnership.

If OWS died in Philly the last time I was here, no one told the people in Philly today. Or, for that matter, those in Cleveland last week.

The only difference is that it has gone mainstream.