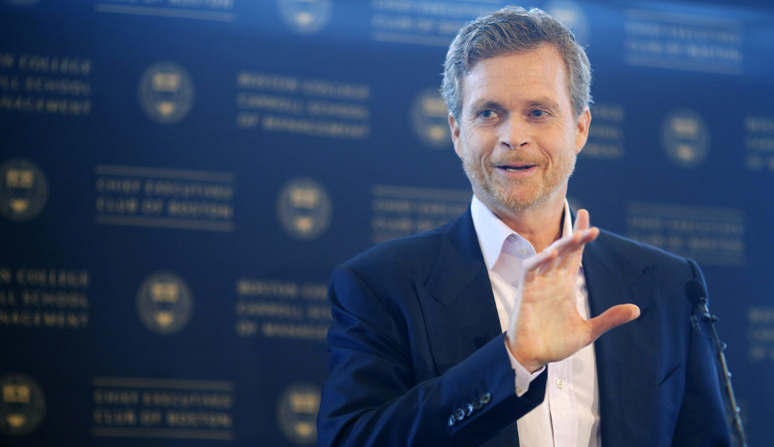 Most of that is down to stock grants, which had been valued at $3.5 million, but whose value soared to $33.5 million in the year ending May 31. Parker’s basic salary was $1.55 million. The grants are part of an incentive package designed to keep the 60 year-old Parker at the sports gear company until at least 2020.

Parker has more than doubled annual revenue to over $32 billion since taking over as CEO in 2006. The company raised him to chairman this year, succeeding company co-founder Phil Knight.

But the company’s stock has fallen this year after seven straight years of gains, as its long-standing rival Adidas AG (ADDYY) and newcomer Under Armour Inc. (UA) have both taken bites out of its U.S. business. The company has faced questions about the closeness of its relations with the International Amateur Athletics Federation, after the award of the world track and field games to Eugene, Oregon, just down the road from Nike’s headquarters outside Portland.

The company’s fourth-quarter revenue and orders fell short of analysts’ forecasts, despite rising across almost all its most important markets. Fourth-quarter earnings per share were flat from a year earlier, while revenues were up 9% before currency effects.

Parker, who was Fortune’s Business Person of the Year in 2015, has vowed to increase Nike’s earnings to $50 billion by 2020, with a particular focus on women’s apparel.