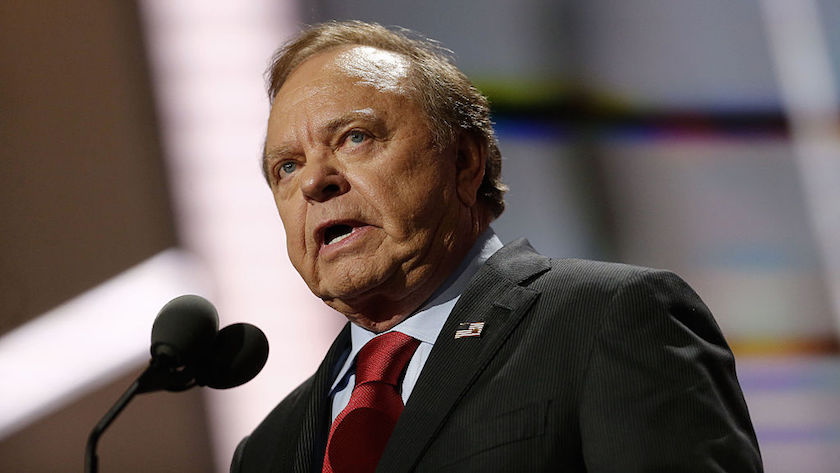 Despite what was said at the Republican National Convention in Cleveland last week, the biggest deterrent to oil and gas production in the United States is price, not overregulation. While government regulation can make it more difficult and expensive for companies to pursue lucrative energy projects, it isn’t the main reason why production is currently on the decline.

Nevertheless, new regulations recently proposed by the Obama administration governing methane gas could hinder a recovery in natural gas production as prices begin to strengthen over the coming months.

At the Republican National Convention, Continental Resources Chairman Harold Hamm said that President Obama has tried to “destroy” and derail the shale revolution by imposing “punitive regulations” on the industry. He also said that if Hillary Clinton were to win the presidency, she would, “eliminate fossil fuel development in America.”

Such inflammatory remarks is what causes the left to distrust the oil and gas industry. It is a technologically sophisticated and forward-thinking industry led by professionals and scientists from all political stripes. While Democrats aren’t the best of friends with the industry, they aren’t its enemies, either. After all, oil and gas production during the Obama Administration soared to heights not seen in decades – and he allowed it to happen.

The reason why production is down from its record highs has nothing to do with what the Obama Administration has done in terms of regulation; rather, it’s due to market forces – simply a case of supply and demand. Natural gas, which is traded locally, fell because producers drilled too many successful wells. With oil, which is traded internationally, prices collapsed (mainly) because the Saudis have flooded the market with supply in an attempt to retake lost market share from U.S. producers – whom also drilled too many successful wells.

To be sure, the administration has put restrictions on drilling that have made it almost impossible for producers to drill offshore in places like Virginia and the eastern Gulf of Mexico. But with producers capping cheap onshore oil wells due to weak oil prices, it is doubtful that any energy company would want to start an expensive offshore oil play anywhere. Besides, those areas have been shut to producers for decades, so no harm there. When oil prices are high enough to justify offshore drilling, that’s when restrictions should be lifted.

Several energy executives have told Fortune in confidence over the years that they have been surprised how easy it has been to work with the Obama Administration over issues regarding regulation. The word “pragmatic” is used often.

But something has changed. After years of relatively amicable relations, the two sides are lashing out at each other. The Obama Administration threw the first punch when it blamed the energy industry for one-third of the methane released in the U.S. While they acknowledged that methane emissions by the energy industry have decreased over the last few years, they still expressed a belief that it needed to be regulated, so they put together new rules that would force energy companies to decrease their methane emissions by 40% to 55% over the next 10 years. The industry shot back, accusing the Obama Administration of kicking it while it is down.

“You got methane emissions going down significantly, long before they decided to regulate it. But what are they doing? They’re not only regulating us through EPA, they’re now trying to regulate us through the BLM – two Federal Agencies!” Jack Gerard, president of the American Petroleum Institute (API), the oil and gas industry’s biggest lobby, told Fortune in an interview at the Republican National Convention. “Even as our production has gone up, we’re down in real terms in terms of methane emissions. We’re producing much more than we ever have, yet our methane emissions are going down, and they chose to regulate it?”

The government acknowledges this, stating in a recent report that total methane emissions from natural gas sites have fallen 11% since 2005, even as natural gas production has exploded. But they assume that methane emissions from the oil and gas industry will increase 28% by 2025. The energy industry disputes this assumption, as methane rates have consistently declined over the last 20 years and shows no change.

Why would the Obama Administration pick now of all times to regulate something like methane emissions? The administration says they want to meet the COP 21 climate change goals, which were laid out in Paris last year. But cynics see this as President Obama’s attempt at placating the environmental lobby in a bid to seal his legacy as the “Greenest President” ever.

“I’d say to the President that ‘if you’re serious about the Paris commitments, why don’t you go to Paris and tell the world what the United States is doing today?’ Gerard said. “We’re near record production in oil and gas but we’re at a 20-year low in our carbon emissions. ‘Mr. President, go tell the Europeans and the rest of the world that you’ve got a success story – and it’s driven primarily by lower cost, affordable, reliable natural gas.”

Whatever the reason, the move to regulate methane comes at a bad time for the industry as it would directly affect the development costs associated with new wells. API estimates that the total cost for the first year of compliance of the new rule would be $343,000 per company. That might not seem like a lot of money for an oil and gas company, but it is enough to make a small producer think twice before drilling a new well, which would affect overall natural gas output. API figures that the cost to the entire industry would be $821 million by 2025, with the annual net benefit to society would come in at minus $452 million, meaning that the costs are significantly greater than the benefits.

The EPA, of course, has far different numbers, with their first year compliance figure coming in at $17,000. But the EPA’s number doesn’t include the cost of purchasing equipment and training personnel. The benefit to society in lowering methane emissions seems hard to quantify here – but it is not zero. Methane is nasty stuff, with 25 times the heat-trapping potential of carbon dioxide over a 100-year period.

The best way to solve this issue is to spread the burden out among all methane producers. So far, the Obama Administration is giving the agricultural community a pass, even though it emits as much or more methane than the oil and gas industry. Indeed, a recent research report from New Zealand’s National Institute of Water and Atmospheric Research (NIWA) found that the majority of methane released in the air over the last 10 years likely came from agricultural sources (cow burps) as opposed to fossil fuel production. This needs to be sorted out before the energy community is forced to comply with a rule that may not be necessary.