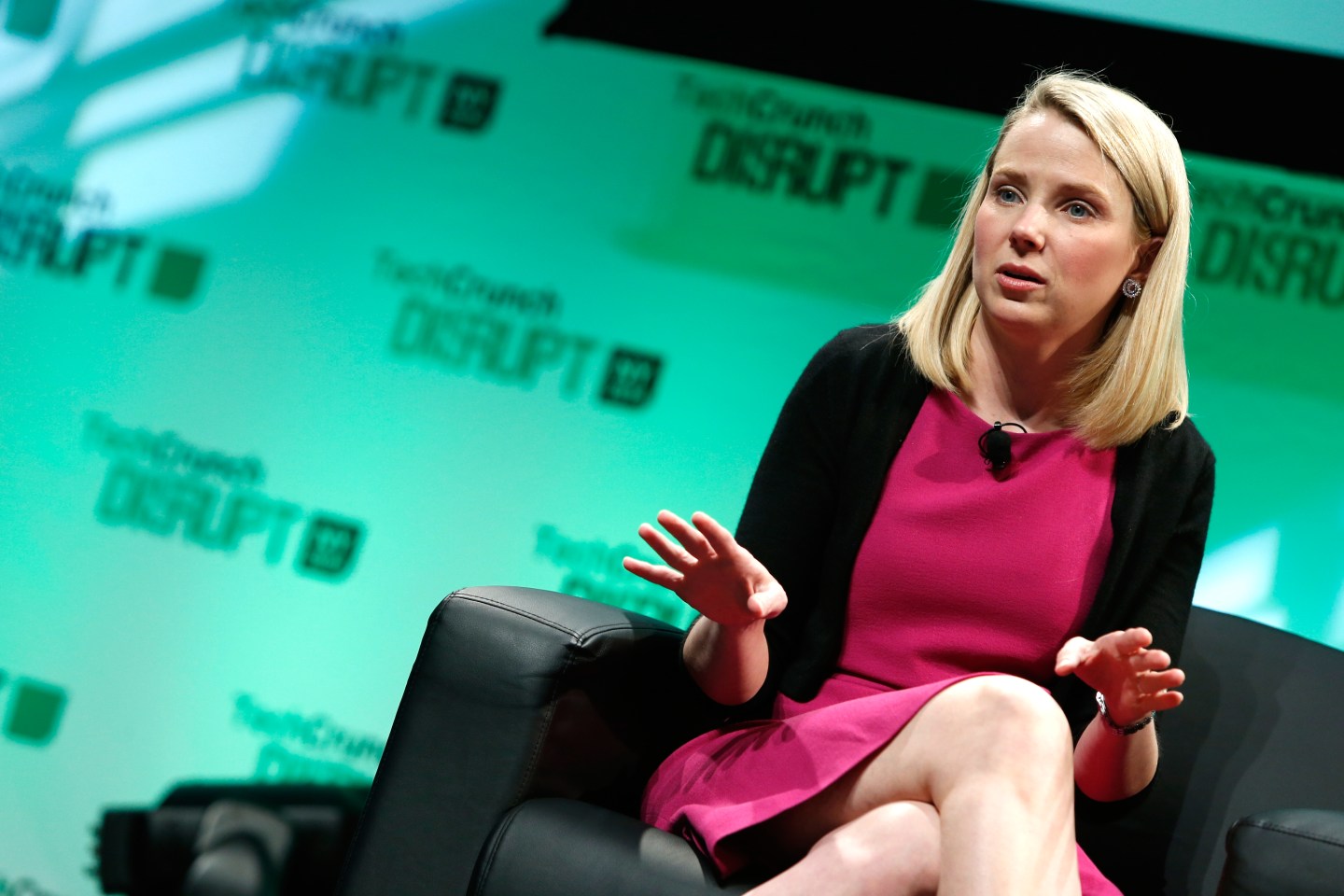 Verizon’s long-expected deal to buy Yahoo’s core Internet assets is winning the acquiring telecom colossus lots of praise from pundits and analysts for adding “hundred of millions of eyeballs,” and affording the opportunity for major “cost synergies.” The chorus is also lauding combination for bringing the extra, essential scale that will place Verizon in the triumvirate of the world’s leading owners of web advertising sites behind Google (GOOGL) and Facebook (FB).

When you hear those catchwords used to justify an acquisition, beware that the buyer is vastly overpaying.

But in the combination, it appears that the $4.8 billion, all-cash price is relatively modest, especially for a tech deal. Indeed, the fact that Verizon (VZ) is paying a relatively slender multiple of Yahoo’s (YHOO) cash flow means that if Verizon does do a reasonable job integrating Yahoo’s businesses with its AOL brand, it will succeed in enriching its investors, a relative rarity in tech acquisitions. That’s not to say the transaction doesn’t pose tough challenges, chiefly reversing the shrinkage in Yahoo’s revenues, and replacing its giant stock grants with comp that will convince its best troops to stay with Verizon.

The crucial number is Yahoo’s free cash flow. It’s difficult to calculate the precise figure because it isn’t clear exactly what cash flows are included in the deal, and which will remain with the “old,” yet to be re-named Yahoo. Free cash flow is generally defined as cash generated by operations, minus capital expenditures–what a company needs to invest in its plants and computers to keep that essential equipment in good shape. It’s the cash companies can use for dividends, buybacks, debt repayments, or acquisitions, and hence a good approximation of the extra wealth being generated each year for investors.

In the first six months of 2016, Yahoo’s free cash flow totaled around $620 million (or around $1.2 billion on an annual basis). Here’s where it gets complicated. In its 10K for 2015, Yahoo disclosed that it received $142 million in dividends from “equity investees,” in other words, ventures in which it had part-ownership. It’s not clear if these entities are Yahoo Japan—36% owned by Yahoo—and Alibaba, in which Yahoo holds a gigantic stake worth in excess of $30 billion, although that would be logical conclusion because they’re its big investments. But Yahoo doesn’t specify the source of the dividends in its annual report.

Verizon isn’t purchasing either the Alibaba or Yahoo Japan stakes, so it probably won’t be receiving those dividends. So if Yahoo is generating about $1.2 billion in annual free cash flow, the best assumption is that Verizon will get $142 million less, or $1.05 billion.

“That means Verizon is paying around five times free cash flow, based on the $4.8 billion price,” says Baruch Lev, distinguished professor of accounting at New York University’s Stern School of Business. “That isn’t a high number. But I’m also assuming that almost all the cash flows excluding the dividends are going to Verizon. If that’s not the case, the multiple could be excessive.”

Even if Verizon does start with the full $250 million-a-quarter, or $1 billion a year, cash flow that Yahoo’s been generating this year, it still faces two major challenges. First, Yahoo’s revenues are shrinking. From 2013 to 2015, its sales, after “traffic acquisition costs,” fell 7.6% to $4.1 billion, and the decline is continuing this year.

“It’s critically important for Verizon to stabilize Yahoo’s revenue. This will likely be a long process,” Pacific Crest Securities concluded in a report on July 25. By the time of the closing, forecast for the first quarter of 2017, Yahoo’s “core” sales could be significantly lower, squeezing cash flows and boosting the crucial metric, the price for every dollar in free cash flow.

Second, Yahoo has been paying employees with stock awards that appear extremely generous, even in the grant-rich world of Silicon Valley. Last year, it provided $457 million in “share-based comp,” the equivalent of one dollar in every eight it spends, excluding depreciation and amortization. That number grew 120% from 2011, and in the past five years, Yahoo has spent a staggering $1.6 billion on share-based comp. Remarkably, it’s prevented big dilution by buying back a lot more shares than its issuing, using the proceeds from big sales of Alibaba stock. From 2013 to 2015, it repurchased no less than $6 billion in shares, far exceeding the cash generated from running its basic businesses.

For more about the Verizon-Yahoo deal, watch:

The stock awards are a non-cash charge that effectively swells free cash flow. We don’t know if Verizon will replace some of those grants with cash comp, substitute with grants of Verizon shares, or deploy some combination of the two. Even if Verizon uses stock grants, it would likely repurchase an equivalent numbers of shares with extra cash, so shareholders would inevitably pay.

For example, if Verizon replaced that almost half-a-billion dollars per year in stock grants with extra pay in cash, the multiple it’s paying would rise substantially. Hence, it needs to make large spending cuts, in personnel and other areas, to make the deal a success.

“There are likely significant cost synergies that Verizon can achieve, likely in the $500 million to $1 billion range,” the Pacific Crest report states. Of course, a big portion of those savings would flow from the AOL side of the business, but Verizon is also counting on a big contribution from the Yahoo assets.

We’ll be watching closely to see exactly what Verizon is buying, and what cash flows those businesses are generating. The most likely scenario points to a decent deal for the acquirer. But let’s keep looking beyond the Big Vision to the numbers that tell the story that counts for shareholders.