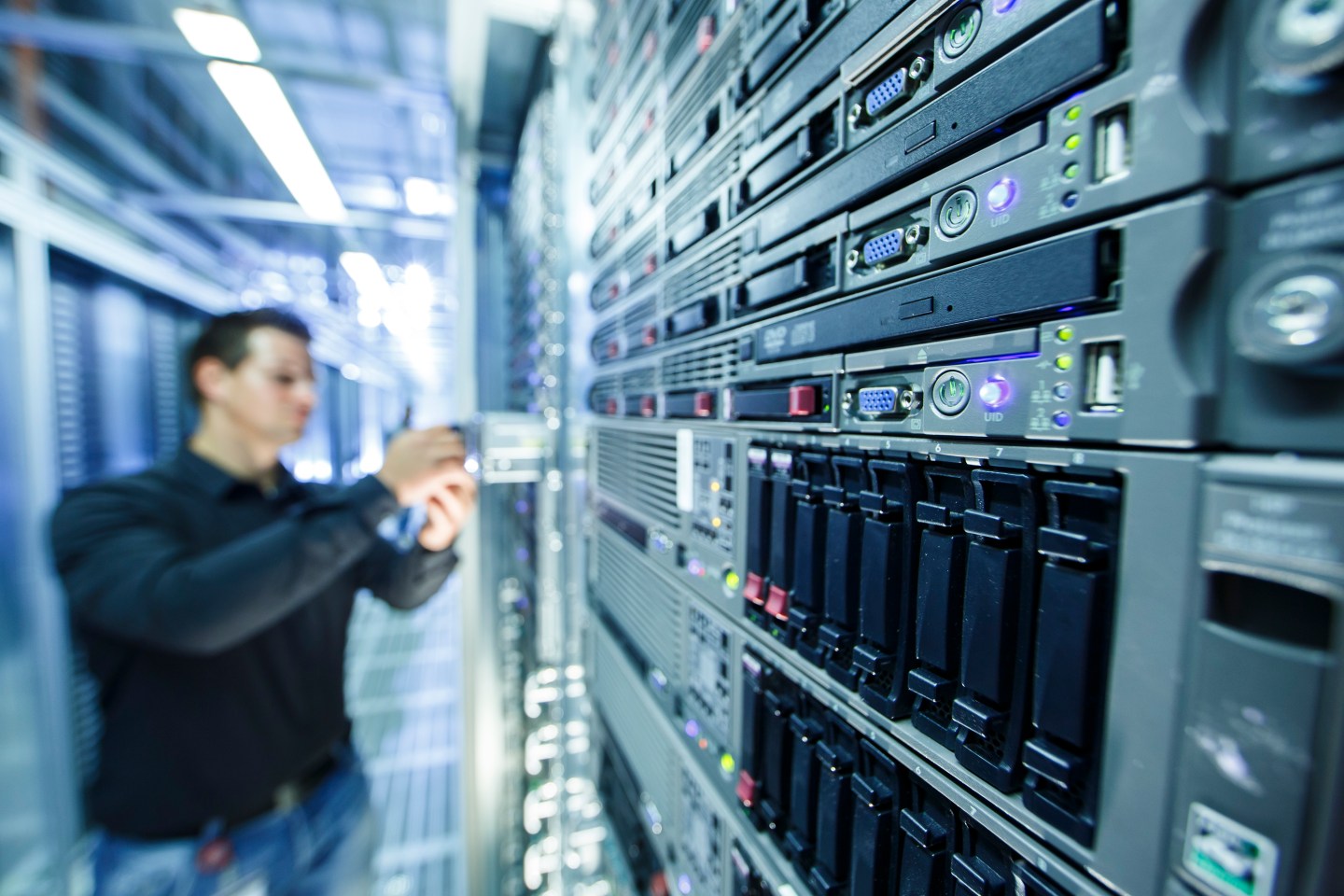 BIERE, GERMANY - JULY 01: Employee checking a server rack at the new data center of T-Systems, a subsidiary of Deutsche Telekom AG on July 01, 2014, in Biere, Germany. T-Systems is the largest German and one of the largest European IT services companies. (Photo by Thomas Trutschel/Photothek via Getty Images)
Photograph by Getty Images

AT&T and Verizon Communications are offering their largest clients access to a futuristic network that copies many of the tactics of the cloud data center to reduce costs and increase flexibility.

Instead of buying relatively expensive networking gear to provide different functions like routing and security firewalls, the carriers are moving to lower-cost, more generic hardware and implementing new features as needed via software. Known as a software-defined networking, the approach mimics the way data center computer servers began offering different “virtualized” features through software instead of specialized hardware over a decade ago.

“The network is finally catching up to the data center,” says Vickie Lonker, director of product and new business at Verizon’s enterprise division. The shift allows Verizon to provide new functions without having to install new hardware at the customer’s office, speeding up the process, and reducing costs, she explained.

Verizon (VZ) said on Thursday that it is introducing a number of popular network features via software. AT&T (T) announced similar services available in 76 countries, expanding on some virtualized functions it began offering last year.

Although many of the software functions are licensed from leading hardware makers like Cisco Systems (CSCO), Fortinet (FTNT), and Juniper Networks (JNPR), the shift could ultimately cut into sales of the networking gear makers.

Verizon vice president of networking and innovation Shawn Hakl won’t name names, but he thinks some suppliers could end up like Sun Microsystems, which sold computer servers rendered largely irrelevant by the virtualization of the data center.

“SDN in networks will go through successive waves of disruption,” Hakl says.