Star Trek Beyond: Who Got Really Rich from the Franchise 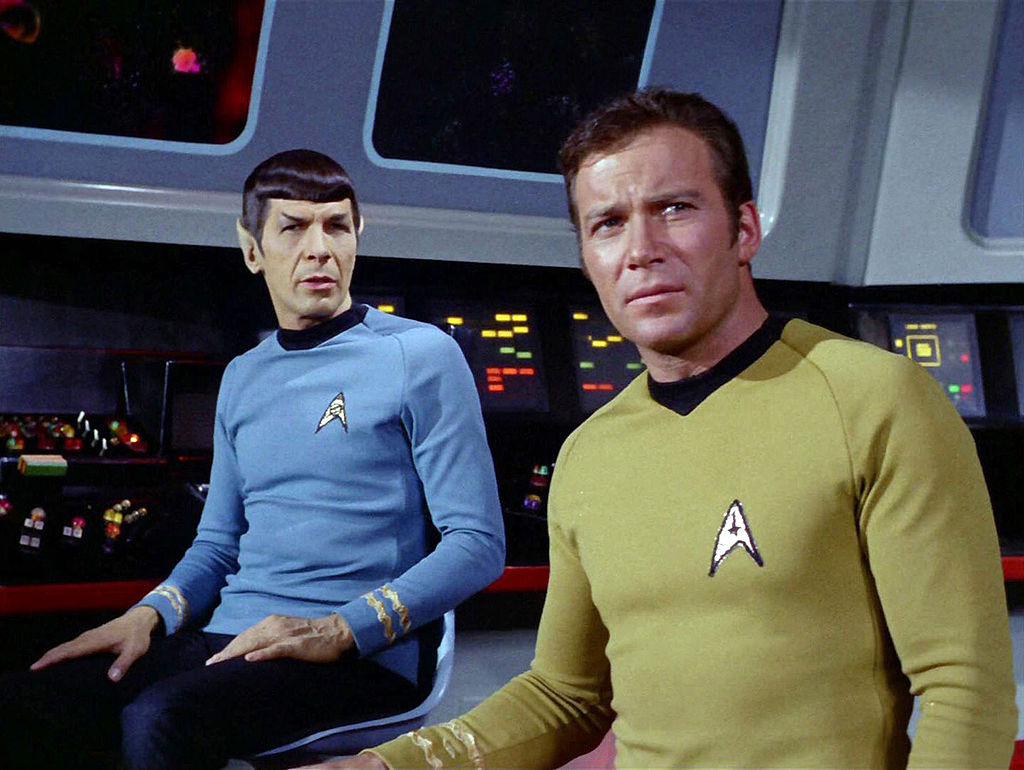 Star Trek’s five-year mission got one heck of an extension.

While the sci-fi franchise won’t officially mark its 50th anniversary until September, the celebrations are kicking off this month, with the July 22 release of Star Trek Beyond, the third film in the latest reboot of the series.

But as the current Captain Kirk, Chris Pine, rakes in an estimated $6 million for his performance in the latest film, we started wondering: How did things work out financially for others in the series?

Certainly, creator Gene Roddenberry made his estimated $500 million fortune off of his creation and its many spin-offs. Rick Berman, who was the executive producer of several later series, including Star Trek: The Next Generation, Star Trek: Deep Space Nine, and Star Trek: Voyager, made a comfortable living off the franchise. And it has been a consistent revenue source for CBS and Paramount Pictures, which jointly own distribution rights.

As for the cast members from the original series who are still alive, they have guaranteed recurring income from the fan convention circuit – and many moved on to other successful ventures (as actors, authors and activists). But is the original crew of the Enterprise keeping up with what the current crew earns?

Studios generally don’t like to divulge actor salaries – and the original crew has had multiple income streams at this point, but Celebrity Net Worth has put together estimates of how much the actors and actresses of the original series are worth today.

The original Captain Kirk kept arguably the highest profile of any original Star Trek cast member, starring in T.J. Hooker and Boston Legal among other shows. He’s also the long-time face of Priceline commercials and has found success as an author as well. There was a myth several years ago that he earned as much as $600 million from Priceline stock, but both Shatner and the company’s CEO have debunked that, saying he sold shares at a “relatively low price.”

Shatner may have more TV series, but it was Nimoy whom director J.J. Abrams tapped to pass the torch to the new film series in 2009. Before his death earlier this year, Nimoy appeared in both new Star Trek films. He filled his post Trek TV days in a number of supporting roles, recording five musical albums and as an acclaimed photographer, whose work was shown (among other places) at the Massachusetts Museum of Contemporary Art.

“Bones” McCoy may have been one of the foundations of the original Star Trek, but Kelley is actually the original cast member with the lowest net worth. He kept a low profile after the show went off the air and before its cinematic revival in 1979. It was only in his last Star Trek film that his salary hit $1 million – thanks in large part to Nimoy’s role as executive producer on the film. Kelley died in 1999 of stomach cancer.

Doohan was so convincing as fan favorite ship engineer Montgomery “Scotty” Scott that it often surprised people he was from Canada, not Scotland. Typecast after the show, his subsequent acting career was largely cameos, though he did serve as a regular on the soap opera The Bold and the Beautiful in 1996 and 1997. Doohan died in 2005.

Nichols’ casting as communications officer Lt. Uhura was notable as she was one of the first African Americans to be cast in a role other than a servant. (It even won her a fan in Rev. Martin Luther King Jr., who convinced her to stay on the show when she was planning to leave after the first season.) After the show was cancelled, she volunteered with NASA to recruit minorities and women and made use of her musical and dance talents in theater. She also had a recurring role on the NBC series Heroes.

Takei has had two careers. Some fans know him from his Star Trek days, but others came to appreciate him from his frequent appearances on “The Howard Stern Show,” his big social media footprint and his work as an activist for LGBT rights and human rights. His distinctive baritone voice and “Oh my” catchphrase (for lack of a better term) have also made him an in-demand spokesperson. Perhaps most notably to science fiction fans, he’s the only Star Trek actor to have appeared in the Star Wars universe (via a voice acting role in the Star Wars: The Clone Wars cartoon). Takei, who came out as a homosexual in 2005, most recently made headlines by criticizing the decision to make the Sulu character gay in Star Trek Beyond. While he says he has long lobbied for a LGBT character in the series, he was “disappointed” the film opted to change a long-standing character, rather than introduce a new one

Koenig has two fan favorite science fiction series under his belt. Beyond his work as Chekov in Star Trek, he also appeared as Alfred Bester in Babylon 5. One of the few Star Trek actors who didn’t find themselves typecast after the show, he has enjoyed a rich career on stage and screen – and had extensive writing credits.

As Nurse Chapel on Star Trek, Barrett was hardly a star. But as the wife of show creator Gene Roddenberry, she inherited his fortune after his death in 1991. Barrett died in 2008, but may have more lines than anyone in the Star Trek franchise, as she also voiced the ship’s computer in all of the movies and starred as the mother of a character on Star Trek: The Next Generation.